On Forbes ’controversial list, four teams were worth more than $ 300 million. Forbes has once again listed the most valuable racing game organizations in the world. The list was now published for the third time, but unlike last year, only the top ten were now listed. At the top of the list is the $ 410 million U.S. Team SoloMid (TSM), which shared the top spot with U.S. Cloud9 last year. The value of TSM increased by 10 million from last year. This year, Cloud9 was conten 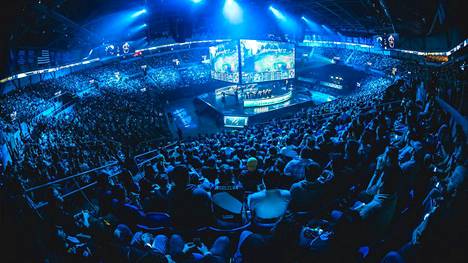 Forbes has once again listed the most valuable racing game organizations in the world.

The list was now published for the third time, but unlike last year, only the top ten were now listed.

The value of TSM increased by 10 million from last year.

This year, Cloud9 was content to settle for second place with an estimated $ 350 million.

Also on the list were the high-rise NRG Esports, 100 Thieves and the only European name G2 Esports.

Compared to last year, the Immortals Gaming Club (IGC), Fnatic, Envy, Misfits Gaming and OverActive Media, whose teams include MAD Lions and Toronto Defiants, were dropped from the list.

Forbes has arrived at the estimated values ​​of the teams after discussing with the teams, investors and industry experts.

The teams have also provided their financial figures to Forbes.

For teams, Forbes has reported, in addition to value, the estimated revenue for 2020, how much of the revenue comes from esports, which franchise leagues the team has purchased a seat for, and in which games it will otherwise compete.

The article does not elaborate on what exactly is meant by turnover from esports.

Enthusiast owns, among other things, the popular The Sims Resource site, the Omnia Media agency, and Luminosity Gaming, which has teams in the Call of Duty League and Overwatch League.

In addition to game stars, all organizations on the list have content producers who often reach a different target group than game stars.

In addition to teams and content providers, cash flow can come from event production or various gaming-related sites, software, and applications.

Many of the teams on the list have one or more well-known investors behind them.

One of Team Liquid’s owners is AXiomatic Gaming, which has hosted basketball legends Michael Jordan and Earvin’s “Magic” Johnson, among others.

100 One of Thieves ’owners is Drake, Gen.G’s Will Smith, and NRG is backed by Andy Miller, co-owner of the NBA club Sacramento Kings.

The list has been criticized in previous years and 2020 was no exception.

Many esports experts and long-time players have marveled at the figures put forward by Forbes, which have been said to be badly top-notch.

One of those found on the list this year was Adam Rymer of the Envy organization, reports Dexerto, which cites the CEO’s public LinkedIn article.

Envy was eighth largest on last year’s list with an estimated 170 million.

The organization is involved in the mega leagues of Overwatch and Call of Duty, among others, which the NRG team won the latter in August.

In addition, Envy received megastar Post Malonen as an investor this year, but still, according to Forbes, the value of the organization declined.

The article never mentions Envy, even though the company provided the requested information to Forbes.

According to Rymer, based on the names in the list, one could imagine that the names that attract the most attention and bring visibility have been selected.

- Honestly, I think the list has become a disservice to the whole industry, Rymer commented on the article on LinkedIn.

The top three on the Forbes list is joined by the world's most popular racing game, League of Legends, whose biggest tournaments are followed by tens of thousands and millions online. Photo: Colin Young-Wolff / Riot Games

Korona has influenced esport for good and evil.

Unlike sports, competition has been successful for the biggest games online, but most of the audience events naturally had to be canceled.

Due to the cancellation of public events, product sales for many teams fell and sponsorship deals went page by mouth.

The number of spectators in online tournaments has risen, but at the same time there is an oversupply of certain games such as Counter-Strike.

This has been reflected in the sales of media rights.

According to research firm Newzo, Korona vaccinated the esports industry with a total of about $ 150 million.

This year’s esports revenue stream is estimated at Newzo to $ 950 million, up from $ 958 million last year.