A nuclear weapon test ... Biden may face the first challenge in his policy towards North Korea

Despite the "fire and anger" rhetoric and the tripartite presidential summits, US President Donald Trump leaves office without fulfilling his promise to eliminate North Korea's nuclear threat. However, despite North Korean President Kim Jong Un's refusal to stop manufacturing bombs and missiles 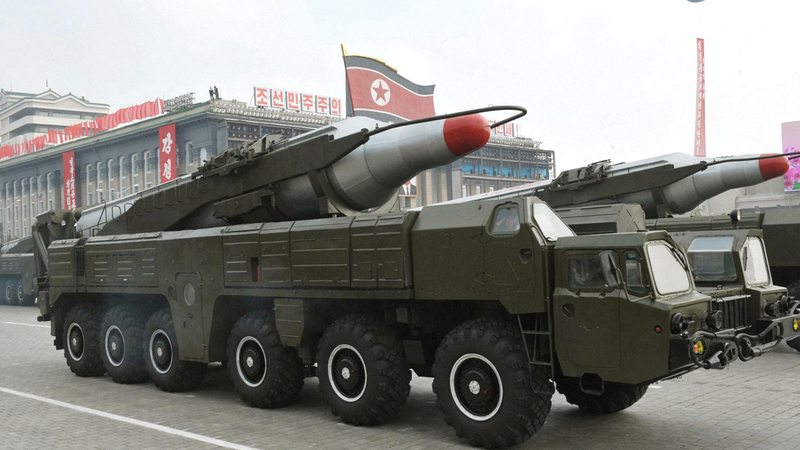 A nuclear weapon test ... Biden may face the first challenge in his policy towards North Korea

Despite the "fire and anger" speech and the trilateral presidential summits, US President Donald Trump leaves office without fulfilling his promise to eliminate the nuclear threat to North Korea.

However, although North Korean President Kim Jong Un has refused to stop making bombs and missiles, he has become calmer about it.

In the two-and-a-half years since the first summit, in Singapore, Kim has expanded his nuclear stockpile and tested powerful new missiles, including the giant 75-foot-long missile that was demonstrated in central Pyongyang in October.

Yet Kim, who deceived Trump with flirty messages, has refrained from provocative tests that could lead to a harsh American response.

And now, with Trump's impending departure, American analysts fear North Korean behavior will return more brazenly, and that may happen in the early days of the new administration.

North Korean leaders often stir up crises with newly elected US presidents, and many analysts believe that President-elect Joe Biden's term could literally begin with a North Korean parade, either with a new nuclear test, or an ICBM test, or both.

Such a crisis could put Biden up to the foremost foreign policy challenge of his presidency.

His advisers will face a more dangerous opponent than when Trump took office four years ago, according to former US officials and experts on North Korea.

Victor Cha, a professor at Georgetown University's Walsh School of Foreign Service at the present time, writes: “President-elect Joe Biden will discover that diplomacy on North Korea has faltered at best during the Trump era,” he wrote. "The television summits have achieved little except to allow North Korea to expand and deepen its nuclear weapons arsenal."

Trump, who announced after the June 2018 Singapore summit on Twitter that there was "no longer a nuclear threat" from North Korea, was ultimately unable to persuade Kim to abandon any of his nuclear bombs, missiles, or weapons factories.

Although he continues to pressure Kim with economic sanctions, enforcement of measures by North Korea's most powerful neighbors - China and Russia - has dwindled since Trump began his extraordinary personal diplomacy with Kim.

In the past, the doctrine of "strategic patience" of former President Barack Obama's administration likewise failed to stop North Korea's pursuit of more powerful weapons.

And now, with Trump gone, Kim's justifications for his self-control are fading.

And former US officials say Kim will definitely try to reset the terms of his relationship with Washington in the coming months, with new military provocations.

Among other options, he might decide to test the new missile, dubbed "Hwasong 16", which North Korea offered on October 10.

Kim may also decide to test nuclear weapons for the first time since 2017, when he detonated what experts believe was a hydrogen bomb.

By reviving fears of a nuclear war, Kim may count that he can extract good terms from the United States and its allies in future negotiations, including an exemption from economic sanctions and de facto recognition of North Korea as a nuclear power, experts believe.

The next Biden team has several advantages, and among them are former officials and diplomats with experience, who have managed previous crises with North Korea.

Notably, many of them have worked closely in the past with key US allies in the region, including South Korea and Japan, and have long-standing personal relationships in both capitals.

Having weathered any crises that Pyongyang might initially raise, the Biden administration is expected to use these relationships to pressure Kim into accepting a temporary freeze on nuclear production and missile testing.

A temporary halt to nuclear testing, which North Korea accepted during the presidents of Bush and Bill Clinton, could pave the way for a multilateral agreement that would reduce or eliminate Kim's nuclear stockpile in exchange for reduced economic sanctions.

Analysts warn of the importance of time. As Kim becomes more confident in his nuclear deterrent, convincing him to accept concessions will become more difficult.

"The Biden administration will find itself having less bargaining power than Trump, given the impressive progress North Korea has made in developing nuclear weapons and missiles," said Sue Mi Terry, a former CIA analyst for East Asia last week. Terry believes that Biden can find a path to success by working closely with South Korea's President, Moon Jae-in, whose center-left government has sought to improve relations with the North.

By contrast, Trump has repeatedly distanced the South Koreans by announcing a reduction in joint military exercises and proposing that Seoul pay the United States for its military presence on the peninsula.

In any event, Terry says, the top priority is to prevent North Korea from testing ICBMs.

By resurrecting fears of a nuclear war, Kim may calculate that he can extract good terms from the United States and its allies in future negotiations, including an exemption from economic sanctions and de facto recognition of North Korea as a nuclear power, experts believe.