Hoffenheim are unbeaten through the preliminary round in the Europa League. At the show against KAA Gent, the only 18-year-old striker Maximilian Beier shines. 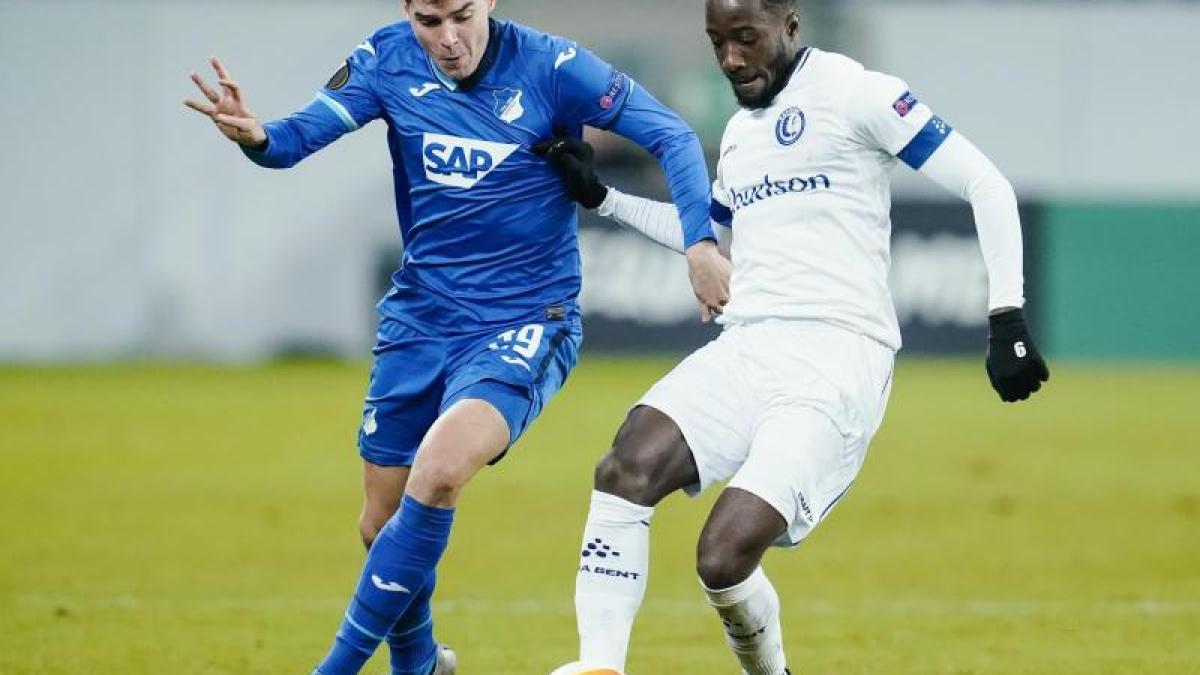 Sinsheim (AP) - TSG Hoffenheim landed their fifth victory in the sixth and last group game of the Europa League with a strongly rejuvenated team.

In the empty Sinsheim stadium, the Bundesliga team, who had already qualified for the knockout round, defeated Belgian runners-up KAA Gent 4-1 (2-0) on Thursday evening.

The team of coach Sebastian Hoeneß goes unbeaten in the draw on December 14th.

The Kraichgauer secured the prize of 570,000 euros in the insignificant game against the bottom of the table Gent.

For the first time in its club history, Hoffenheim is wintering in a European Cup competition.

From the 3-1 win against FC Augsburg, only defender Stefan Posch remained in the starting line-up.

The head coach gave the sovereign Philipp Pentke, who was allowed to represent regular keeper Oliver Baumann, a European Cup debut at the age of 35, as announced.

Beier and Marco John, who was the same age, occupied the left side - and whirled mightily there.

Beier was lucky with the opening goal because his opponent Elisha Owusu headed him from a corner.

The TSG B-Team acted full of joy and was rewarded again immediately: The Dane Skov increased to 2-0 after strong preparatory work by Dennis Geiger, who was captain for the first time.

The 22-year-old was also able to thank Pentke: after just under half an hour, he ironed out Geiger's mistake with a dive after a shot from Osman Bukari.

Already has the fourth coach this season in Hein Vanhaezebrouck - but was unable to counter the attacking swing of the hosts.

The ex-Heidenheimers Niklas Dorsch and Tim Kleindienst did not attract much attention either.

After the break, TSG just continued like this - Beier scored with a wonderful shot to make it 3-0 against a weak opponent.

Across all competitions, Hoffenheim have now been unbeaten for six games, but now have three big chunks ahead of them in the league with Bayer Leverkusen, RB Leipzig and Borussia Mönchengladbach.