The Hamdan Medical Award for an American, the Volunteer Committee, and 3 Emiratis

The Sheikh Hamdan bin Rashid Al Maktoum Award for Medical Sciences announced yesterday, the names of 10 winners of the award in its eleventh session, in its various categories, where he won the Grand Hamdan International Prize, Head of the Department of Mechanical and Process Engineering, and Professor of Robotics and Intelligent Systems at the Institute 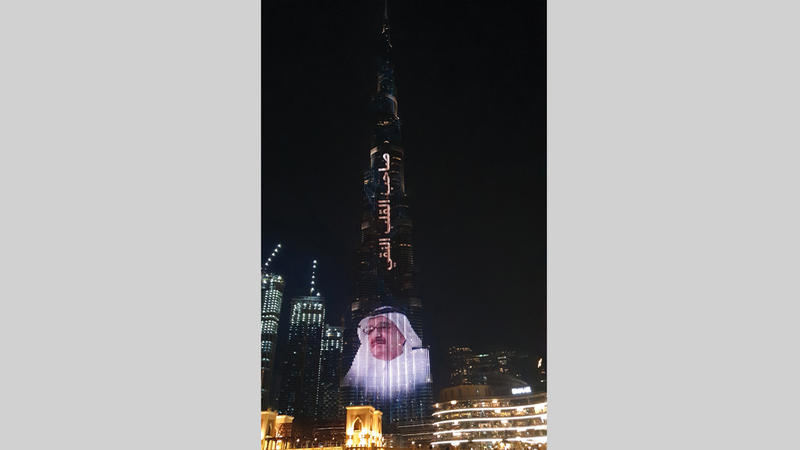 The Hamdan Medical Award for an American, the Volunteer Committee, and 3 Emiratis

The Sheikh Hamdan bin Rashid Al Maktoum Award for Medical Sciences announced yesterday the names of 10 winners of the award in its eleventh session, in its various categories, as the Grand Hamdan International Prize won, Head of the Department of Mechanical and Process Engineering, and Professor of Robotics and Intelligent Systems at the Federal Institute of Technology in the United States of America. Professor Bradley Nelson, in recognition of his research on micro-robots, nanorobots, and their associated applications in biology and medicine.

The Hamdan International Award for Volunteers in Medical and Humanitarian Services was won by the Supreme National Committee for the Regulation of Volunteering in the Emirates, in recognition of its achievements in developing an integrated and sustainable system for volunteer work in the UAE during crises, and in cooperation with all parties concerned with volunteer work in the country, individuals and institutions.

And in the Arab World Awards category, the Dasman Diabetes Institute in Kuwait won the Hamdan Award for the best college, institute or medical center in the Arab world, where the center works through developing research and integrated prevention programs, as well as training and education programs to address the diabetes epidemic in Kuwait.

Dr. Khaled Al-Otaibi, a consultant of endoscopy and kidney and tract surgery, and an associate professor at Imam Abdulrahman bin Faisal University, Dammam, Saudi Arabia, won the Hamdan Award for Distinguished Medical Personalities in the Arab World, and he was the first surgeon in the Middle East to perform surgery to remove kidney tumors by endoscopy in 1996, He also succeeded in performing rare surgeries that were registered in many international scientific journals and books, including interventional kidney stone surgery.

In the UAE Awards category, the Hamdan Award for the best medical department in the government sector in the country won the Radiology Department at Rashid Hospital, where the Radiology Department at Rashid Hospital provides services to the largest hospital in Dubai, which hosts the Emergency and Trauma Center around the clock, seven days a week, in addition to a unit brain attack.

The Hamdan Award for Distinguished Medical Personalities in the UAE was won by: the late Dr. Mahmoud Fikry, former WHO Regional Director for the Eastern Mediterranean and Advisor to the Minister of Health in the UAE, and Assistant Undersecretary for Preventive Medicine and Health Policy Affairs (1995-2013), and he participated in the development of a program He was also a member of the Advisory Board of the Executive Office of the Council of Health Ministers of the Gulf Cooperation Council (1996-2005), he was also a member of the WHO Center for Health Development, and he served as a member of the Board of Directors for the WHO Health and Development Center in Kobe, Japan. .

Dr. Abdul Rahim Mostafawi, consultant pediatric surgeon at Dubai’s Al Jalila Hospital, won the award. He was the first surgeon to specialize in pediatric surgery, especially neonatal deformities surgeries. He also held a number of positions, including: Medical Director of Latifa Hospital, and Vice President of the Medical Council of the Dubai Health Authority. And Chairman of the Central Emergency and Disaster Committee at the Dubai Health Authority.

The Hamdan Award for Distinguished Medical Personalities in the UAE also won the training and development expert in the support services sector at the Ministry of Health and Community Protection, Dr. Khalil Qaid, a consultant and head of the dermatology department at Al Baraha Hospital until 2002, and he held the same position in Rashid Hospital during the period From 2002-2007.

The names of the winners were announced during a virtual ceremony that was broadcast on the award platforms and on the Sama Dubai channel, during which a documentary film about the award and its achievements over more than 20 years was shown. With the support of His Highness Sheikh Hamdan bin Rashid Al Maktoum, she was able to contribute innovative and creative initiatives. To advance the medical and health sectors in the country and abroad.

The ceremony was concluded with a unique, distinctive and dazzling display of all the winners of the eleventh session of the Burj Khalifa, the tallest building in the world, in honor of their achievements in the field of medicine and scientific research.

The Minister of Health and Community Protection and Chairman of the Board of Trustees of the Sheikh Hamdan bin Rashid Al Maktoum Award for Medical Sciences, Abdul Rahman Al Owais, confirmed that choosing artificial intelligence in health care as the subject of this session, in cooperation with the National Program for Artificial Intelligence, is an extension of the vision of His Highness Sheikh Hamdan bin Rashid Al Maktoum , Deputy Ruler of Dubai and Minister of Finance, which was an approach for the award to keep pace with everything new in the field of health care and scientific research.

He also conveyed the congratulations of His Highness Sheikh Hamdan bin Rashid Al Maktoum to all the winners of this session, to join the constellation of distinguished scholars who were honored in its previous sessions.

The Minister of State for Artificial Intelligence, Digital Economy and Remote Work Applications, Omar Sultan Al Olama, affirmed that the UAE government is keen to invest in the latest technologies and artificial intelligence tools, and their applications in various fields of work and vital sectors, especially the medical sector, to promote a healthy and safe life for all members of society.