The defendant's final words are expected in the Halle trial

The federal prosecutor's office and accessory prosecution are demanding the maximum penalty in the trial of the right-wing terrorist attack in Halle. Before the court pronounces the verdict in just under two weeks, the defendant is allowed to speak again. 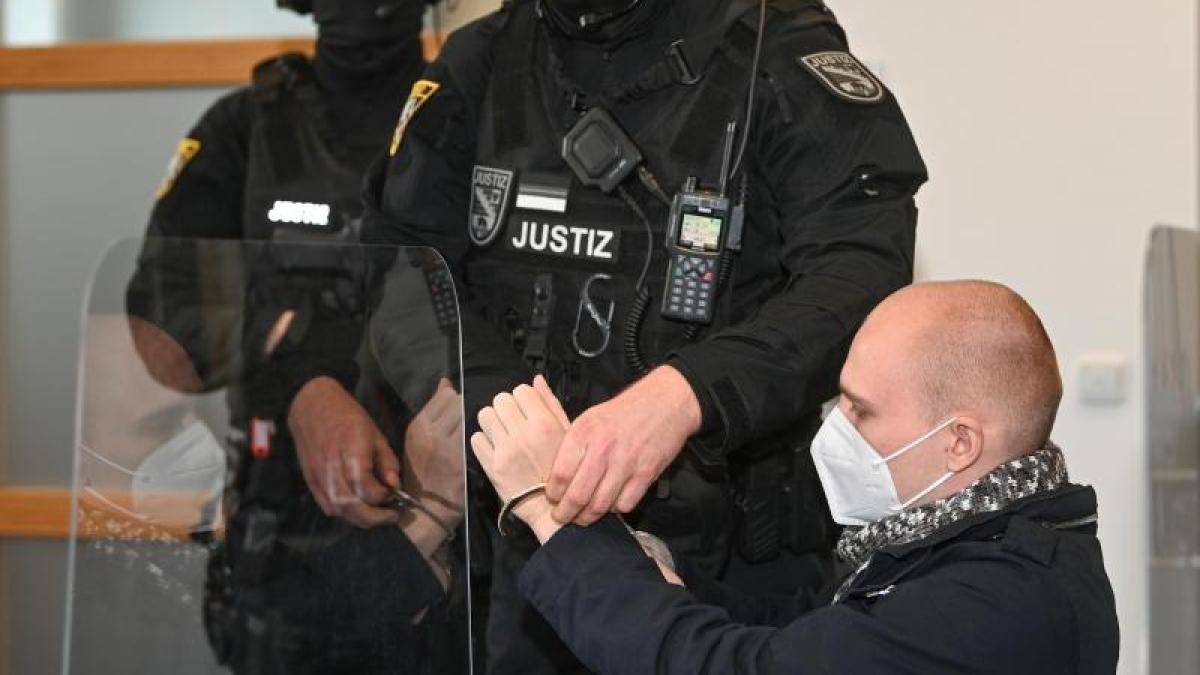 Magdeburg (dpa) - The defendant is expected to speak out one last time in the trial of the right-wing terrorist attack in Halle.

The 28-year-old had confessed to the attack at the beginning of the trial before the higher regional court (OLG) Naumburg and justified it with crude anti-Semitic, racist and anti-feminist conspiracy theories.

Many of the survivors have joined the secondary prosecution and want to come on Wednesday, the 25th day of the trial, when the defense gives their closing lecture and the defendant gets his last word.

Many had described the accused's admission as an unacceptable imposition.

On October 9, 2019, a terrorist tried to kill 51 people who were celebrating Yom Kippur, the highest Jewish holiday in the Halle synagogue.

He failed at the massive door, then shot the passer-by Jana L. and later in a kebab shop Kevin S. On the subsequent escape he injured other people.

The trial has been going on before the OLG Naumburg since July, but due to lack of space it is taking place in Magdeburg.

The 28-year-old German Stephan Balliet from the district of Mansfeld-Südharz is charged.

The Federal Prosecutor's Office demands a life sentence with subsequent preventive detention and the determination of the particular gravity of the guilt.

The co-lawsuit joined this claim unanimously.

For three days, the 23 attorneys for the accessory prosecution, which is made up of the bereaved and survivors, held their pleadings.

Several survivors had their own say and, as in their interviews as witnesses, had reported deeply personally and emotionally about the day of the attack and the difficult time since then.

On Tuesday, among other things, several survivors from the synagogue themselves pleaded and warned against anti-Semitism in Germany.

"Germany has a problem of anti-Semitism and racism," warned the philosopher Christina Feist, who had previously spoken in court, but also at numerous rallies and in the press about the attack and the trial.

Too often people in Germany would look the other way and do nothing when they witnessed anti-Semitic attacks.

"It cannot go on like this and therefore silence is not an option," said Feist.

Another survivor reported anti-Semitic hostility that she had to endure in Lower Saxony as a child.

A survivor from the kebab shop, Conrad R., had his lawyer read out a statement on Tuesday that he was unable to appear in court for psychological reasons.

R. addressed the defendant directly in his speech: "You must not be part of our society," he said to the defendant, "we are excluding you".

On the day of the crime, R. had lunched with his colleague Kevin S. at the kebab shop and was only able to escape because the assassin's weapon jammed.

According to his lawyer, the husband and father R. is severely traumatized by the attack and struggles with panic attacks and feelings of guilt.