The 4th edition of the Festival of electronics and video games of Abidjan (Feja) ended this Sunday, December 6. This international festival has become the meeting place for African players who are pro… 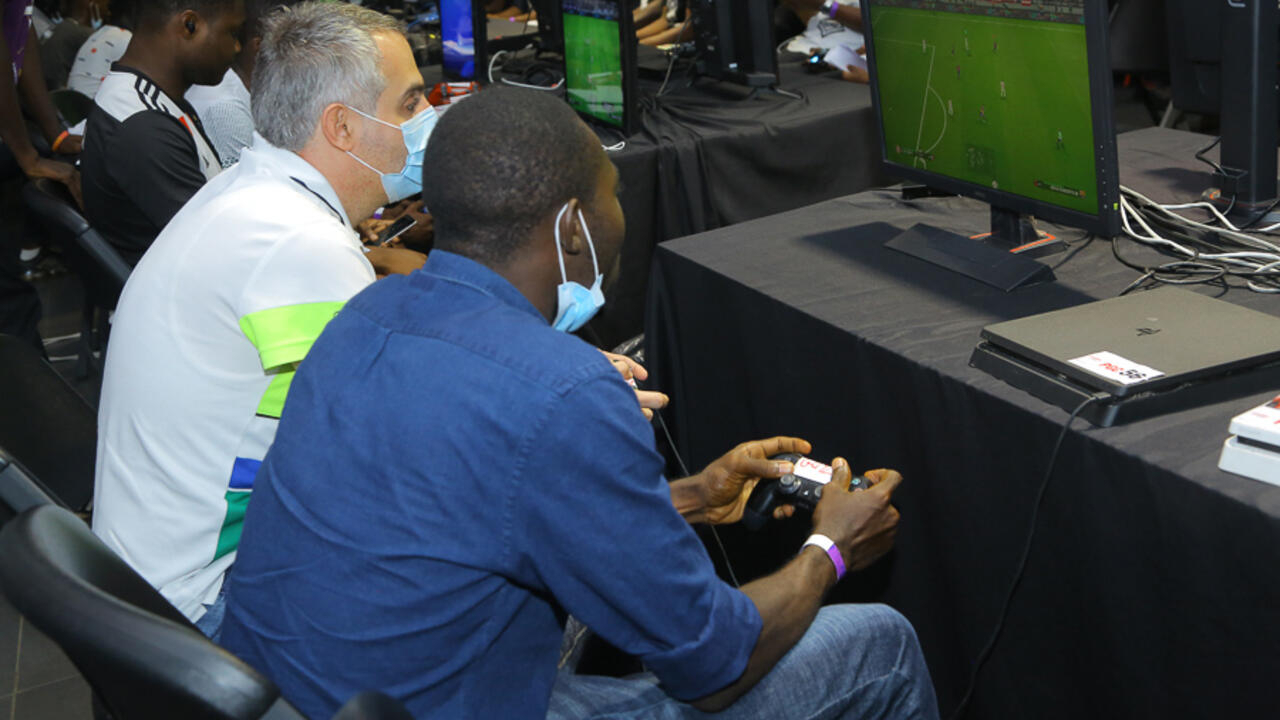 The 4th edition of the Abidjan Electronics and Video Game Festival brought together a large number of players from Africa.

The 4th edition of the Festival of electronics and video games of Abidjan (Feja) ended this Sunday, December 6.

This international festival has become the meeting place for African players who are becoming more and more professional, and are even starting to make a living in front of the console, like their counterparts from other continents.

The Feja ended in sports and fighting game tournaments.

, the play area of ​​the Cosmos shopping center in Yopougon was transformed into an arena, the two players competing through interposed screens, their fight projected on the wall.

The public does not miss a beat.

End of the first day of the # FEJA4 competitions.

Let's rediscover together some images of our lovers and players in gaming.

See you tomorrow for the apotheosis.

But this competition is no longer a game. For some gamers present, it is even a job.

He turned professional in the

His teenage passion became his livelihood: “

We saw players who started like us who moved up to the professional category thanks to their talent.

And we said to ourselves that if we can make a profession of that, then it is “all profit”,

Africa seeks to catch up in the sector

If professional players are legion across the rest of the world, Africa is in the process of catching up.

Advertisers are still cautious, but change is coming, according to Sidick Bakayoko,

Festival of electronics and video games in Abidjan

This year, we were able to have Ubisoft and Bandai-Namco who joined forces with Feja 4 and we hope that next year we will be able to go even further and that's what is needed,

more we have big publishers, big brands that will be associated with African events, with African teams and with African project leaders, the more you will see that this universe will develop, structure itself, and it will be better for everyone.

For now, the video game industry weighs a billion dollars in Africa.

Barely 1% of the world market.

Difficult to make a living from e-sport for African competitors

Africa on the move