A mysterious chess genius experienced a terrible fate - after his death, “Velvet Killer” was still dug up from the grave

Bobby Fischer's IQ was estimated to be as high as 181, which meets the definition of genius. In the highly popular Black Queen series, you can see some confluences with the life of a chess player.

The mother of 9-year-old Beth Harmon dies in a shocking car accident, but the daughter is saved as if by a miracle deal.

Beth ends up in an orphanage, in the basement of which she meets a caretaker playing chess.

Beth becomes the best chess player in the world, but the battle against his own demons continues.

Does it sound familiar?

The plot below is from The Queen's Gambit, the most popular mini-series in Netflix's history.

According to Nielsen Rating, which conducts viewer surveys, the series was watched at 1.85 billion minutes between October 26 and November 1.

It rose to number one on Nielsen’s streaming list.

The series, based on Walter Tevis ’novel, is a product of the imagination, but it bears in common with the bizarre life story of Robert James Fischer, considered the best chess player in the world.

Fischer's IQ has been estimated at up to 181, which meets the definition of genius.

- When playing with the whites against the Sicilian defense, they both use the Fischer-Soz attack.

Robert “Bobby” Fischer was born in Chicago, Illinois, USA in March 1943. His mother, Regina Wender Fischer, was a single parent who worked across the country to take care of Robert and his sister Joan.

Frank Brady, who wrote about Bobby Fischer's life, says in Endgame that Regina Fischer was homeless at the time the boy was born.

Bobby's father was estimated to be the German biophysicist Hans-Gerhardt Fischer, with whom Regina married in 1933. However, the journalists investigating the Philadelphia Inquirer came to the conclusion in 2002 that the real father of the chess difference was the Hungarian mathematician Paul Nemenyi.

Regina had a relationship with Nemeny in 1942. According to the magazine, Nemenyi paid Regina Fischer alimony once a month and paid for Bobby's schooling until his death in 1952.

Here, too, there is one confluence with the Black Queen series: Beth Harmon’s father is missing, but the first name is the same: Paul.

His eyes shone and his fingers flew over the small board - and he seemed completely unaware of his surroundings.

The Fischers moved to New York in 1949, where Mother Regina studied to be a nurse.

The days were long for the siblings, and Joan started teaching her little brother different games.

When Bobby turned six, his sister bought him a chessboard.

The boy developed rapidly, and soon he honed openings, tactics, and strategies at chess clubs in Brooklyn and Manhattan.

The mother supported the boy’s play, but hoped this would give him a decent profession.

This tightened the gap between mother and son.

Bobby Fischer wrote himself in history books at the age of 14, winning the U.S. Chess Championship as the youngest player in history.

The following year, he became the youngest chess grandmaster of all time;

Fischer was 15th after finishing sixth in the Portoroz International Tournament in present-day Slovenia.

In Iceland in June 1972. Fischer was publicly named “Velvet Killer” - in part because of his showy dress style.Photo: Keystone Press Agency

At the age of 16, Fischer dropped out of high school and surrendered to the game permanently.

The young man had his pocket-sized chessboard on the table, without which he would not go anywhere.

According to Brady, Fischer practiced for the upcoming match in the middle of dinner.

- His eyes shone and his fingers flew over the small board - and he seemed completely unaware of his surroundings as he whispered possible moves.

The author had become acquainted with genius as early as the chess tournament in New York in the mid-1950s.

- I remember how an older man once spoke during the game.

Bobby spun around and said, Shut up!

This is a game of chess!

- The man was probably 65 years old, but the child silenced him.

Also in the Netflix favorite series, the protagonist wins the US championship at a very young age.

Next, he learns Russia to play against Soviet chess masters.

In real life, Bobby Fischer did the same.

Fischer's big day dawned on July 11, 1972. He and Soviet Boris Spasski stood at the game table in Reykjavik, Iceland.

At the time, only 29-year-old Fischer challenged the reigning world champion Laugardalshöll in the sports arena.

The young American was publicly called the “Velvet Killer” - in part because of her gorgeous dress style.

Here, too, you may want to see a confluence with the Black Queen series: many have paid attention to the protagonist’s remarkably stylish dress.

By the early 1970s, the Soviet era of chess had lasted for four decades.

The American challenger electrified the atmosphere in a whole new way, and the match received unprecedented publicity in the Western world.

The end result can be compared to U.S. Olympic gold at Lake Placid eight years later.

That’s when the dreaded Red Machine crashed in the puck, now Fischer beat Spasski in 21 games and became world chess champion at the turn of August-September 1972.

After this, Fischer's life took on darker shades.

Fischer settled in the Philippines and in 1999 gave a confusing interview to a radio station there.

Fischer's IQ has been estimated at up to 181, which meets the definition of genius.

Measuring intelligence is controversial and there are several ways.

Certain readings are not available, but the majority of people in the studies range from 85 to 115 readings.

Among others, Canadian researcher Alexander Penney of MacEwan University has stated that living with exceptional capacity is anything but easy - and even Fischer was no exception.

In 1992, Fischer and Spasski played a rematch in Yugoslavia.

Fischer won the match but was forced into exile. Photo: Ivan Milutinovic

He never arrived to defend his world championship, and lost the title in 1975 to Soviet challenger Anatoly Karpov.

The scepter of the royal game returned to the hands of the Communists: Karpov lost the title ten years later to his compatriot Garry Kasparov.

Fischer, on the other hand, disappeared from public view for nearly two decades.

In 1992, the world of chess and the rest of the world was buzzing: Fischer and Spasski were playing a rematch in Yugoslavia.

A win would cash in a pot of about three million euros in the cash of a former prodigy.

Fischer decided to leave, but the trip became expensive in another way: Yugoslavia, which had plunged into wars of disintegration, was under a UN embargo, and the U.S. prosecuted its citizens for violating the embargo.

Fischer won the match but was forced to exile.

Fischer was photographed in January 2008 in Reykjavik. Image: Thorvaldur Kristmundsson

Chess genius avoided the rest of his life with a U.S. arrest warrant.

He called a few of his friends home from time to time, but swore to them to keep in touch.

Fischer settled in the Philippines and in 1999 gave a confusing interview to a radio station there: he raged about an international Jewish conspiracy “trying to destroy not only him, but practically the whole world”.

In September 2001, strange rumors began circulating about Fischer in Britain.

Short did not believe until he had the opportunity to play against that user at the Internet Chess Club.

He lost eight three-minute instant games - and began to believe that Fischer was indeed up against him.

Just two days after the story was published, the world came to a standstill as Islamist terrorists flew two passenger planes into the towers of the Word Trade Center in New York.

The Western world was in shock, while Fischer said he was delighted.

He told a local radio presenter in Baguio that the attacks on New York and the Pentagon were “great news”.

By now, it was clear that Fischer could never return to the United States.

He was arrested by Japanese authorities at the airport in 2004 when he tried to board a Manila plane with a false passport.

The result was a nine-month prison sentence.

In his last years, Fischer lived where he had sought the largest crown of his career: Iceland.

However, the chess master had time to rest in peace for only two and a half years until the tomb in the churchyard of Laugardaelir in Selfoss was opened.

The reason was Marilyn Young, a Filipino, who claims that Fischer is the father of her then 9-year-old daughter.

Young claimed rights to the one millionth property left by Fischer.

The Icelandic Supreme Court ordered that a DNA sample be taken from Fischer's body.

However, the law ended in Fischer not being the daughter's father.

Fischer was counted back in the grave after sampling. 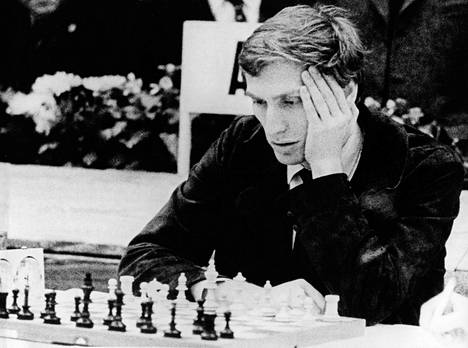 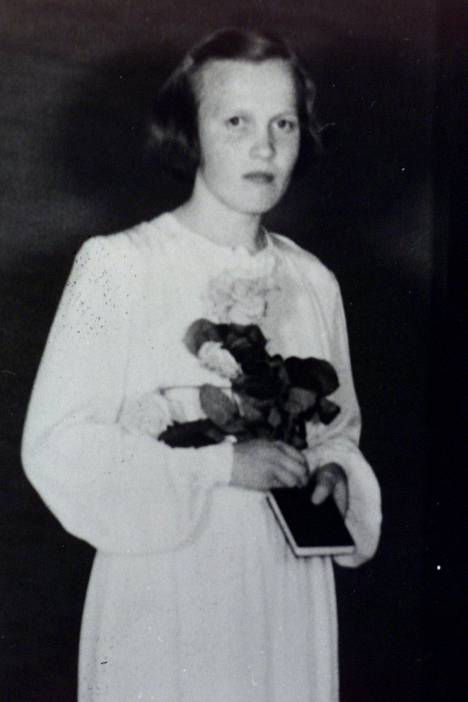 News/Politics 2020-09-30T03:50:58.733Z
New book: Kyllikki Saari could still be alive when she was buried in a swamp - these five factors made the crime unforgettable 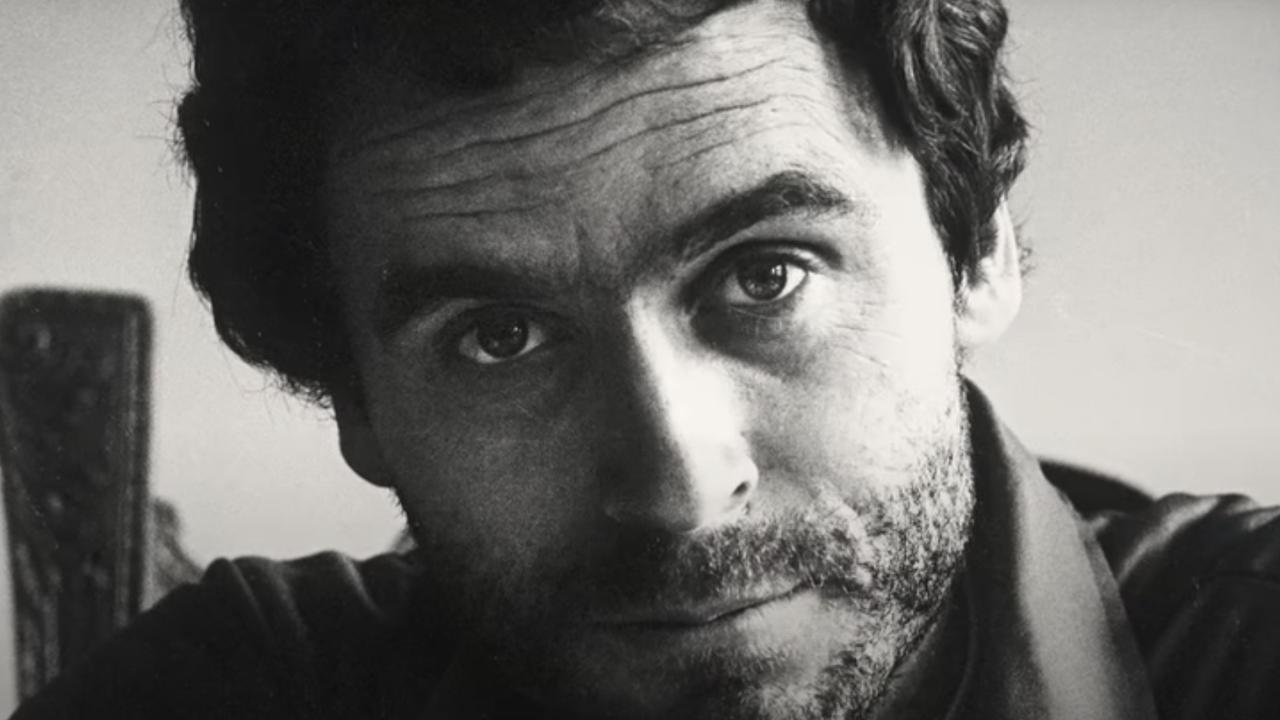 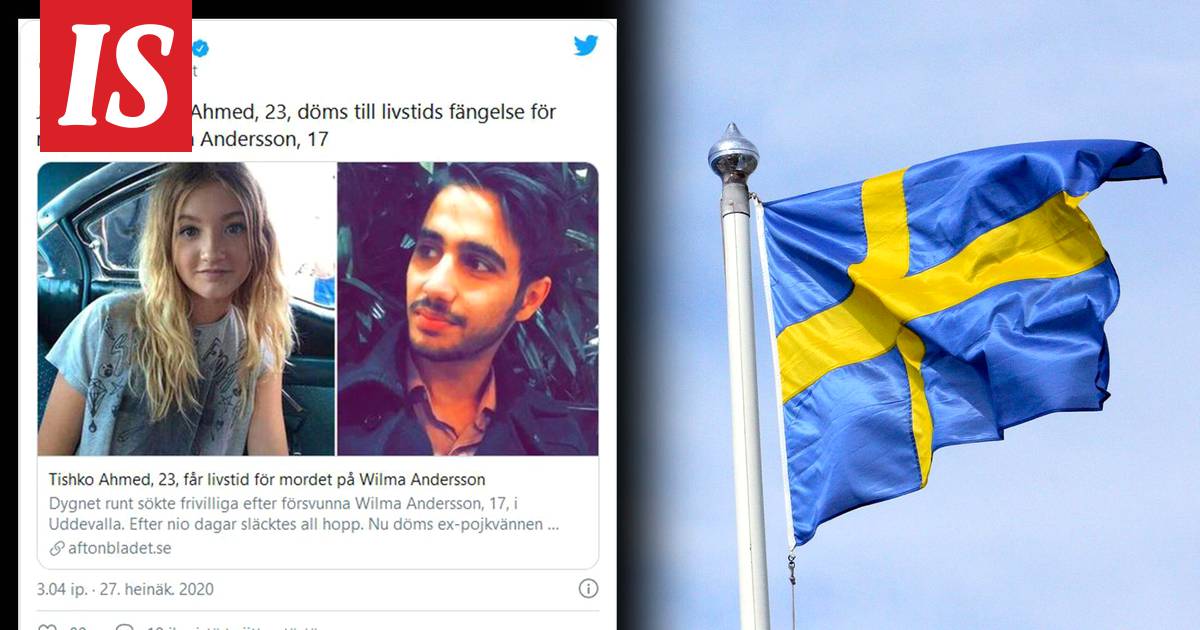 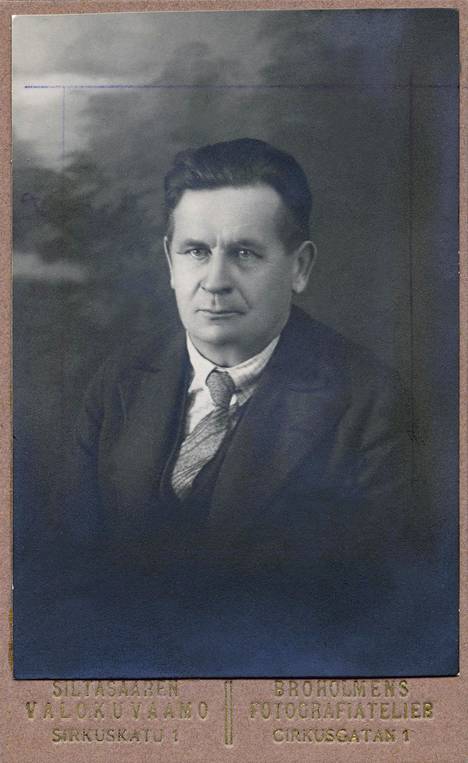 News/Politics 2020-10-19T05:01:02.614Z
HS Helsinki The former owner's ash urn has been hidden in the garden of the detached house in the Park - However, relatives are not allowed to be buried 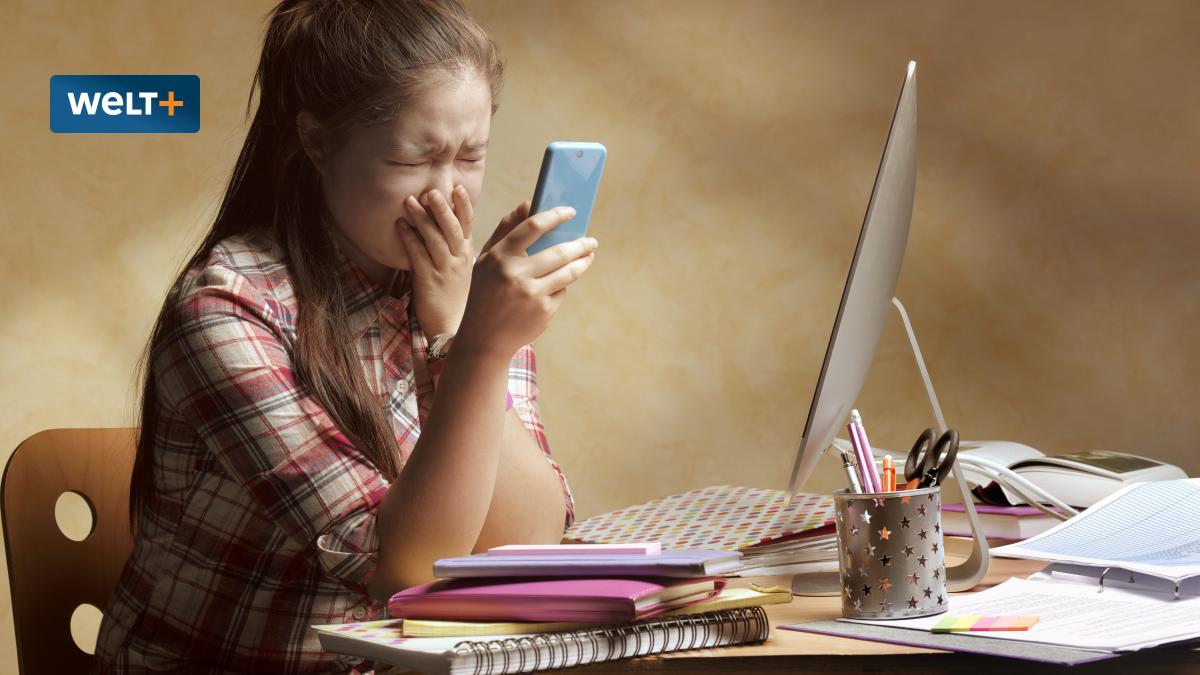 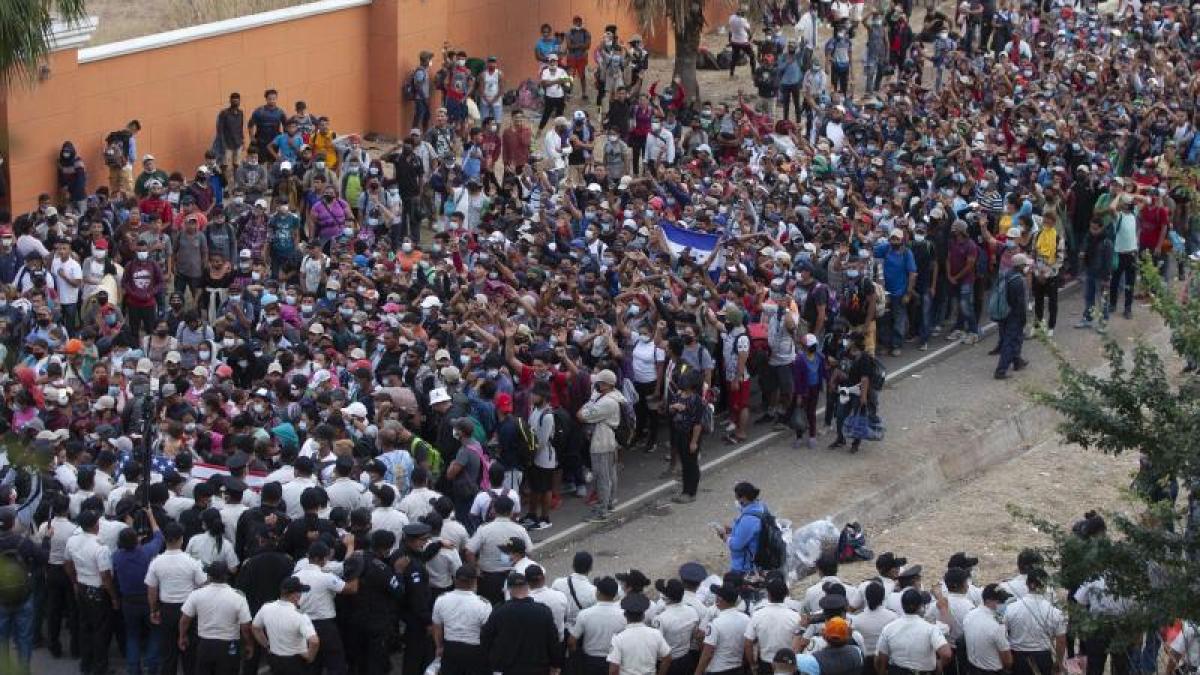 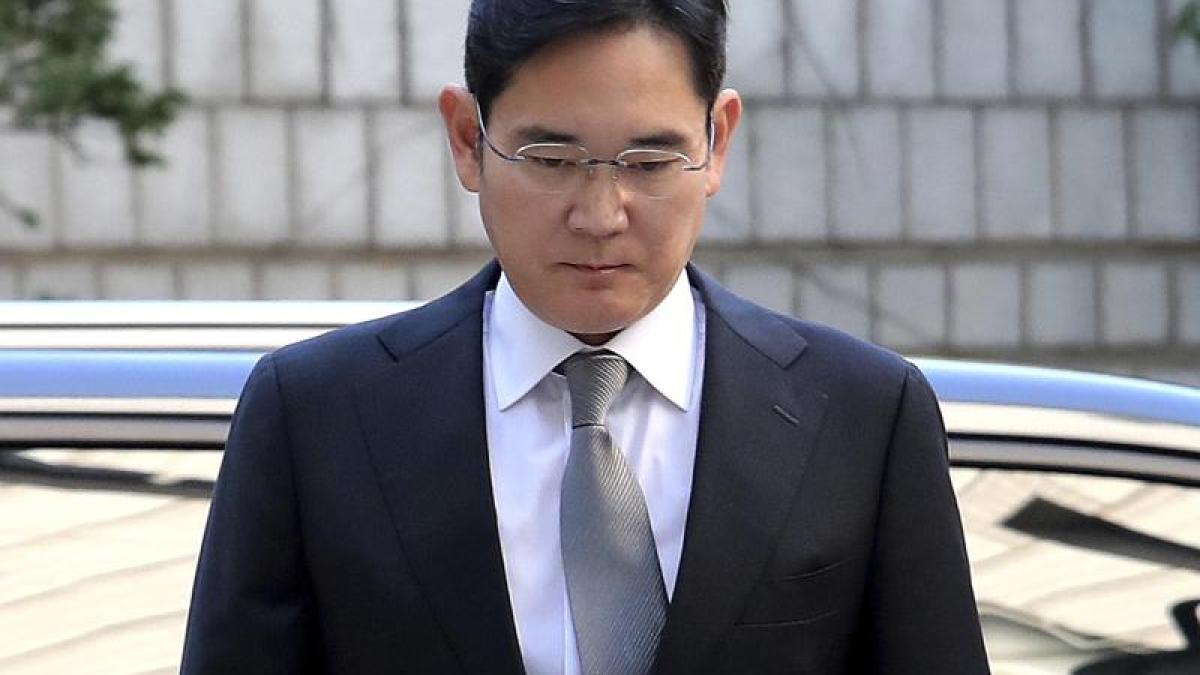 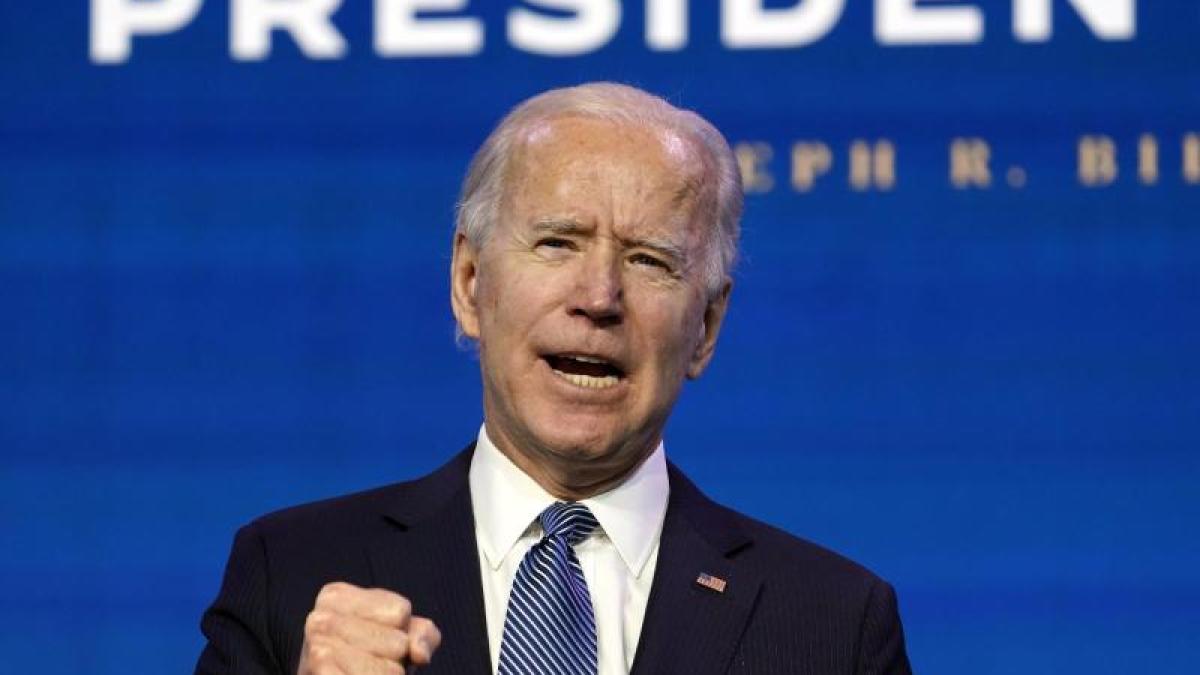