In numbers ... scenarios of 7 teams qualifying for the Champions League final price

Nine teams out of 16 secured their qualification to the eighth Champions League final, while the remaining 7 teams await their fate in the final round of the group stage next week. 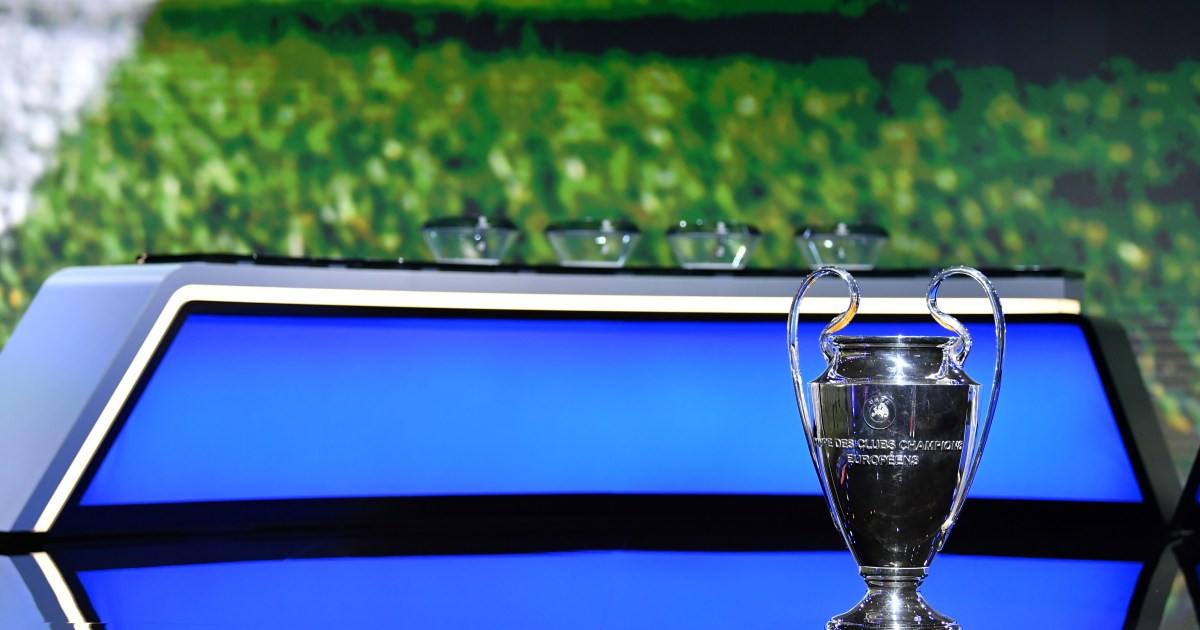 Nine of the 16 teams have secured their qualification for the eighth Champions League final, while the remaining 7 teams await their fate in the final round of the group stage next week.

Among the teams that did not qualify, the poles of Madrid, Real and Atlético, stand out, in addition to Manchester United, Paris Saint-Germain and Ajax Amsterdam.

In this report, we monitor in numbers what each of the eight groups needs in the sixth and final round.

Bayern Munich, the defending champion, has guaranteed his qualification, and Atletico has not yet decided, as they only need not to lose to their Austrian host Salzburg to cross the knockout stage.

No team has qualified in this difficult group, and Real Borussia will receive Moenchengladbach in the last round next Wednesday, at a time when Inter hosts its guest Shakhtar.

Real's victory over Gladbach, and Shakhtar's loss or draw with Inter, push the royal to the top of the group.

Man City and Porto qualified as the first and second teams in the group to the eighth of the final, and it remains to determine which team will play in the European League between Olympiacos, Greece, and Marseille, France.

Liverpool secured their qualification from the last round by beating Ajax, but the latter must win over Atalanta if they wanted to accompany the Reds for the price of the final.

Group E: It was

decided at all levels. Chelsea and Seville qualified as the first and second group, and Russian Krasnodar will play in the European League.

Dortmund - who secured their qualification for the final price - will lead the group if they win against Zenit, while Lazio must avoid defeating Club Brugge to reach the eighth of the final.

Despite ensuring Barcelona and Juventus qualify for the final price, the conflict will be at the top of the group. In the event that Juventus beat Barcelona at the Camp Nou by 3 goals, it will take the lead from Barca, and the European League seat will remain in the face of Dynamo Kiev and Fernascafrouz.

complex and difficult to expect, as 3 out of 4 teams have 9 points, Paris Saint-Germain leads the group, Manchester United comes second and Leipzig are third, and the Parisian team needs a point from its confrontation with the Istanbul team, Basaksehir, as well as the "Red Devils" team to confront it. Leipzig, however, the latter may cross the final price in the event that he beats "Elmanyu".