Exercise is the right panacea for fatigue - such small amounts are enough, and it's not even worth starting with exercise

If you want to take better care of yourself, you don’t have to start an hour of sweat training. Even a small walk activates the sugar metabolism. 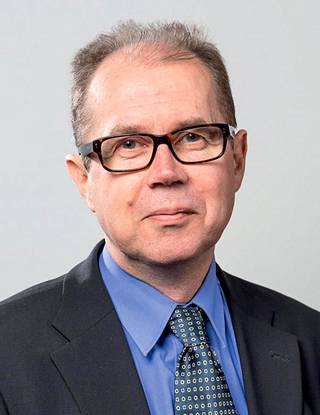 Every step is an advantage and just a few minutes of exercise supports your health.

This is how Olli J. Heinonen, a professor of health medicine at the University of Turku and a specialist in sports medicine at Mehiläinen, sums up.

- It already helps to break the stay whenever possible.

The health benefits start to come even before the condition starts to rise, Heinonen says.

Olli J. Heinonen, Professor of Health Physics at the University of Turku.

And the worse the condition in the starting situation, the less exercise helps, the professor adds.

A year ago, the FAQ Institute published new mobility recommendations.

According to them, any increase in movement is an advantage.

- According to a previous recommendation, the minimum amount of exercise that would be beneficial was ten minutes.

Every step is good

In the new guidelines, the ten-minute time limit has been removed.

- Now it is said that every step is good, because movement is always better than immobility.

No step is wasted.

The same exercise guide does not apply to everyone, but the effect and power vary somewhat for everyone.

Therefore, it is not possible to determine exactly how many times a day it is good to take a break or how many minutes at a time should be exercised.

- But it can be said that the more often you start moving, the better it is for sugar metabolism.

Any movement activates sugar metabolism, which is a good thing.

At the end of the story, see the recommendations compiled by the FAQ Institute for adults.

The amount of exercise can be increased gradually.

- Exercising for ten minutes speeds up the sugar metabolism and the effect lasts for a while even after exercising.

That alone is useful compared to having the time in place.

Muscles need sugar to move for energy, which comes from food and drink.

When muscles are not used, sugar and fat begin to accumulate in the body.

- The chain can be broken by movement, because the start of sugar metabolism begins to be beneficial in ten minutes.

Of the various metabolic systems in the body, sugar metabolism starts the fastest.

- Sugar metabolism is the most sensitive function of the exercise meter.

It reacts first, the professor mentions.

The many benefits of getting started

There are many benefits to breaking immobility.

The body is immobile in a state where sugar is stored.

If there is a lot of extra sugar, it will be stored as fat.

Each time the presence is disconnected, storage ends and sugar is consumed.

- A muscle accustomed to movement actually absorbs sugar without a high dose of insulin.

If a muscle is used to being in slight movement, it is lazy and more and more insulin is needed over time to transfer sugar into muscle energy.

- Sugar is no longer allowed to enter the muscle except by means of insulin, at which point the pancreas begins to falter somewhere and no longer produces larger doses of insulin.

A disorder of sugar metabolism, or insulin resistance, develops in the muscle.

When this condition persists for some time, it can result in type 2 diabetes.

An alternative to an outbreak of disease is to use the meat so frequently that it stays watery and is more sensitive to absorb sugar for energy.

- When standing still is lost, the muscle stays in better shape.

Stationary pendens would be a good break twenty minutes or at least every half hour.

- The body is given a stimulus again and again to which it responds.

That’s what the body likes because we were created to move.

It is a good idea to start the movement in moderation, as many good intentions fall into a fierce initial enthusiasm.

- The biggest basic mistake of a little moved is to move eagerly, aiming for too big ones.

If you have not moved regularly before, each time is more than before, Heinonen reminds.

- You don't have to run for an hour a day, but you can start by getting up from your office chair often enough and moving around for a while.

The amount of exercise can be increased gradually.

By doing everyday chores, walking up the stairs instead of the elevator or walking to nearby places, useful exercise comes true as if by itself.

If you want to increase your exercise, you can exercise in the sport of your choice.

Health exercise is an exercise during which you begin to breathe but are still able to speak in the usual way.

Exercise is often recommended for half an hour a day, but that too may seem like too much exercise.

You should listen to yourself and your body so that the movement does not start to feel like drilling.

Exercising early in the morning or afternoon has been found to be beneficial.

Instead, over-vigorous exercise that raises your heart rate near going to bed can leave your body overtaking.