Italy: Milan increases its lead, Naples carried by MaradonaRome (AFP) AC Milan, easy winner of Fiorentina (2-0) without Ibrahimovic, increased their lead at the top of Serie A, taking advantage in particular of the heavy defeat of AS Rome in Naples (0-4), carried by the memory of Diego Maradona. Roma's misstep, like that of Sassuolo against Inter Milan (0-3) and the points lost by Juventus against Benevento (1-1) on Saturday, make the case for the Rosso 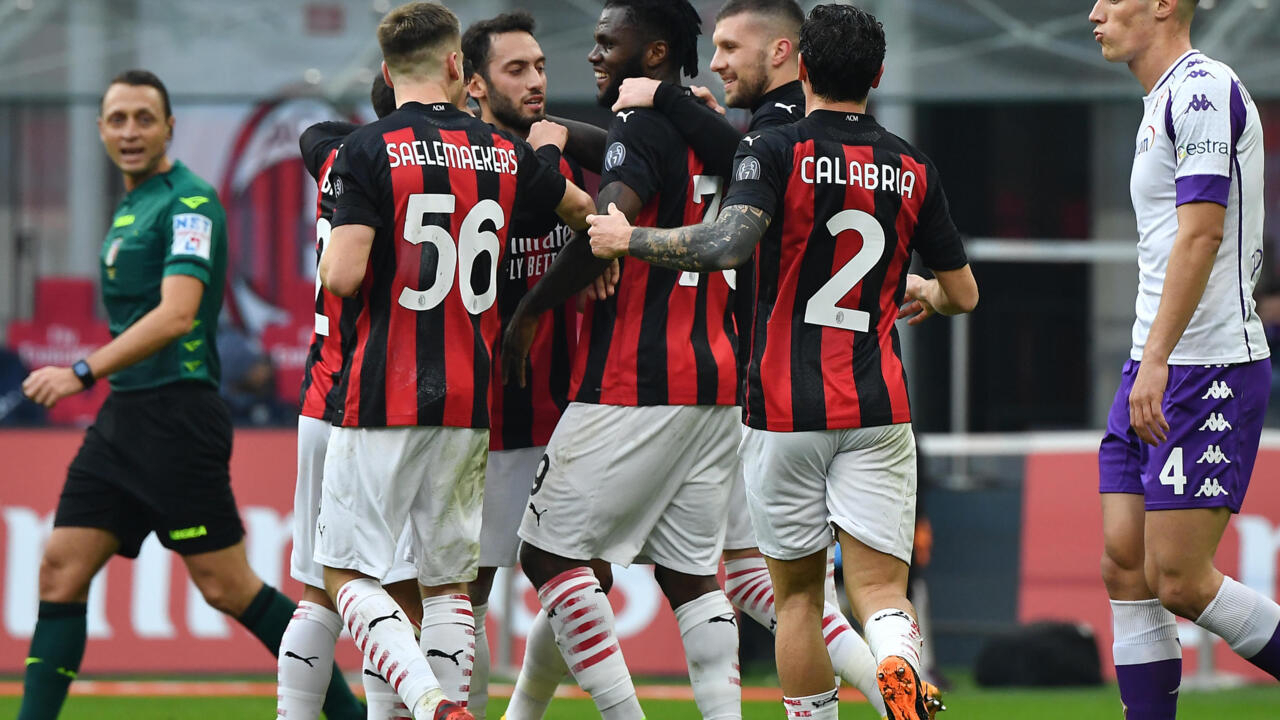 AC Milan, easy winner of Fiorentina (2-0) without Ibrahimovic, increased their lead at the top of Serie A, taking advantage in particular of the heavy defeat of AS Rome in Naples (0-4), carried by the memory of Diego Maradona.

Roma's misstep, like that of Sassuolo against Inter Milan (0-3) and the points lost by Juventus against Benevento (1-1) on Saturday, make the case for the Rossoneri, undefeated in the league since the resumption in June.

They are five points ahead of Inter Milan and Sassuolo and six over the Juventus-Naples-Roma trio, at the end of the 9th day of Serie A.

The Neapolitans - with an "Argentine" jersey in honor of Maradona - wanted a goodbye without false notes to their ex-number 10, whose name will soon be given to their San Paolo stadium and whose portrait has been applauded all week -end on Italian lawns.

Captain Lorenzo Insigne, after opening the scoring with a nice free kick (30th), celebrated his goal by going to embrace a shirt struck from N.10.

Little aggressive, Roma did nothing to spoil the evening of tribute to Napoli, which quietly unfolded in the second half with three new goals, signed Fabian Ruiz from the left (64th), Dries Mertens as an opportunist (81st) and Matteo Politano solo in a very "maradonque" number (87th).

A nice Neapolitan reaction a week after the defeat against AC Milan (1-3) which had displeased coach Gennaro Gattuso so much: "We have a great team, but sometimes we make mistakes. Tonight's match must to be a starting point, we can beat any team, ”Insigne said.

This is the first time this season that the Giallorossi have left a beaten field, their only loss before that having been suffered on the green carpet for an administrative blunder on the 1st day.

Despite the absence of Zlatan Ibrahimovic, injured and leading supporter in the stands, and his young average age, the Rossoneri have mastered their subject against a struggling Viola (one point taken and no goal scored in the last four matches ).

Alessio Romagnoli, forgotten at the far post on a corner, opened the scoring (17th) before Franck Kessié doubled the penalty (27th).

The Ivorian midfielder, inducted as an official shooter by Ibrahimovic himself after his recent misfires, however missed another penalty ten minutes later.

"The next one I will shoot him again," Kessie smiled after the meeting, especially remembering a "very important" victory.

Despite an incisive Franck Ribéry failing to be decisive, missing a face to face against Gianluigi Donnarumma (55th).

Cesare Prandelli, recalled on November 9 on the bench, suffered his second defeat in two league matches and the Viola remained in the depths of the standings (16th) before welcoming Genoa (19th) on the next day.

Lazio Rome fell at home (1-3) against Udinese, transcended by its many Argentinian players - Pereyra and De Paul passers, Pussetto and Forestieri scorers - decided not to miss their tribute to Maradona.

Tomorrow's Champions League difficult for Lazio, like the results on Saturday of Atalanta Bergamo, beaten by Hellas Verona (0-2), and Juventus, hung by Benevento (1-1).

Simone Inzaghi's team probably already had the mind entirely turned towards its capital trip to Dortmund on Tuesday in C1.

"A very bad defeat, we were presumptuous, not very humble", regretted the Laziale coach, "We are all responsible, me first".