Abuse, assault, insecurity and clean storage. SVT has examined the misconduct at 200 HVB homes for placed children and young people. - It's terrible. If only one child gets sick, it is bad enough, says inspector Annelie Andersson at the Swedish Health and Care Inspectorate, Ivo. 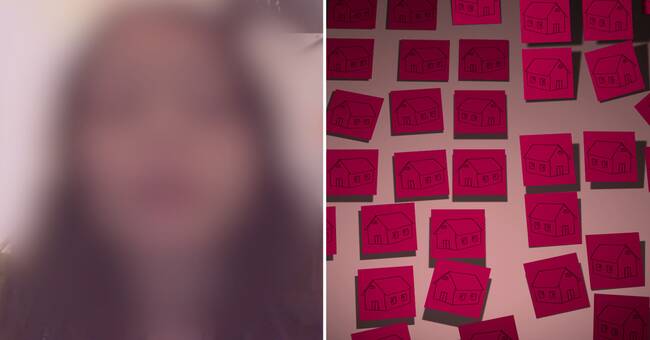 There are 1000 HVB homes in Sweden and last year a fifth of the homes received criticism from Ivo.

SVT Nyheter has examined the 50 homes where there are serious or recurring problems.

These are girls who prostitute themselves without staff intervening or informing the social services.

Staff wrestling children on the floor with one knee in the back.

Collective punishments such as not being allowed to go to school or go home.

Children who are isolated are threatened with being sent to state-owned SiS homes or are not allowed to have their mobile phones.

Some events are described as particularly problematic:

Many parents and children also sound the alarm to Ivo about insecurity with fights and police interventions.

“There is a flood of drugs and alcohol in the home.

No control at all ", the staff writes anonymously about a residence.

"They have had tattoo machines there, so now one of the boys has tattooed my son on his hand," writes one mother.

Recurring criticism is that staff training or suitability is lacking.

In addition, it is often not investigated what the young people need before they are enrolled, which means that they are mixed with different problems and affect each other negatively.

SVT Nyheter has contacted those who own and operate the 50 homes that received the worst criticism last year.

Most write that they have listened to Ivo and improved the business.

This concerns both small companies, large groups and municipalities.

Humana, which is one of the largest players in the industry, has 16 homes on the list.

- I would really like us to avoid all types of events, we take care of very difficult children and young people and then things happen that are difficult to handle, says Johanna Rastad, head of Humana individual and family.

The Gryning Group is owned by the municipalities in Västra Götaland.

In one of their homes that receives criticism, a girl died in a knife fight in 2018. That home was closed, but four other of the group's homes receive criticism.

- I want to emphasize that in all surveys, client surveys, which we do, we get extremely high marks.

Violence, insults and insecurity - see SVT's entire review of the misconduct at several Swedish HVB homes in the player above.