LIST: Seven homes stand out in the review - here is their answer

Seven HVB homes stand out in SVT's review. These are HVB homes where Ivo's inspectors found problems with both insecure children and restrictions on children's freedom as well as violence or abuse. Today, the problems have been fixed, the owners say. Here are the seven homes - and the owners' answers. 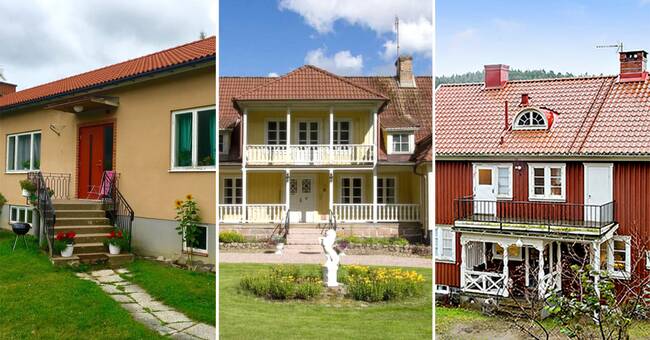 Both several girls who previously lived at home and several of the staff have called Ivo and reported malpractice last year.

They want to remain anonymous because they are afraid of retaliation.

Ivo's telephone service notes that "the caller says that those registered are not treated well in the HVB home".

When Ivo's inspectors go there, they find prostitution, bullying and abuse.

According to the report, the home "does not provide a safe and secure care" and the staff have unauthorized searches of the young people's rooms.

This is how Glenn Hansson, operations coordinator, SVT, answers:

“We take seriously any shortcomings that emerge in our operations.

"Quality deficiencies mean that children and young people do not receive the care they need," writes Ivo.

Here, the inspections show that the home was chaos, with large turnover of staff, lack of skills and lack of respect.

When the boss was not there, the staff could sit in the office and play computer games, sometimes loud all night so they could not sleep, the children said.

The children also state that staff violate and threaten them, and that they are prevented from going to school.

"It is true that we received criticism.

Something we took very seriously and fixed. ”

Ivo receives reports of threats and abuse at home.

During an unannounced inspection, the young people show mobile videos where the staff is threatening.

One youth says that one of the staff should say that he should "break his neck".

Here, the home has "failed to maintain a good response", according to Ivo.

Staff must also have refused to give them food.

This is how Lisette Svensson responds to Hoppetgruppen SVT:

The jumping group appreciates the quality guarantee that Ivo constitutes. ”

Staff should have said things like "what are you wearing?", "Are you so stupid?"

and "you're fat bad at being a criminal."

These are some of the irregularities that Ivo found at Duvgården.

The home is also criticized for lack of enrollment routines, ie for not having investigated what the young people who are enrolled need for help and how they should work together with the others at home.

This is how Hatim, who also writes that the criticism was justified and that the routines have now changed, answers SVT:

“My view in this is that the emergence of these shortcomings is a matter of competence.

You simply did not have that competence in place. "

Children feel insecure after threats and abuse from other young people and the children have "had to intervene themselves when a quarrel arose", writes Ivo.

The staff takes mobile phones and computers from the children without asking and has poor routines for enrollment.

In addition, girls have reported being scared because they were threatened and staff were sexist and abusive.

After that, a person from the management shouted at the children and threatened to send them to a SiS home, they tell Ivo's inspector.

These are closures and other physical interventions and room and body visits.

The staff must have strangled, kicked and spat, the young people say.

They must also have been harsh and abusive.

Today it is a new management and the new acting director does not want to comment on the shortcomings that have been:

- My assessment of the business that is today is that it is a very good business, says Helena Åkerblad to SVT.

Here the young people say that they have not received care, but storage.

Ivo's review confirms the picture and they criticize the home for the children not getting the treatment they should have according to the implementation plan.

They also address two conflict situations in the report, where staff violently and physically intervened to take away the children's mobile phones.

that the situation with the phone was an emergency situation and that they only take the young people away from their mobile phones to protect them against themselves.

The other problems that Ivo alerted them to have been fixed.