During the year, over 20 places have introduced auto consumption promotion policies. How much cheaper is it to buy a car there?

Sino-Singapore Jingwei Client, November 27th (Fu Yumei intern Zhang Yao) There are less than 40 days left in 2020. If you want to buy a car, have you received the official auto market consumer spree?   According to incomplete statistics from the Sino-Singapore Jingwei Client, more than 20 places have introduced policies to promote automobile consumption this year. Among them, keywords such as " 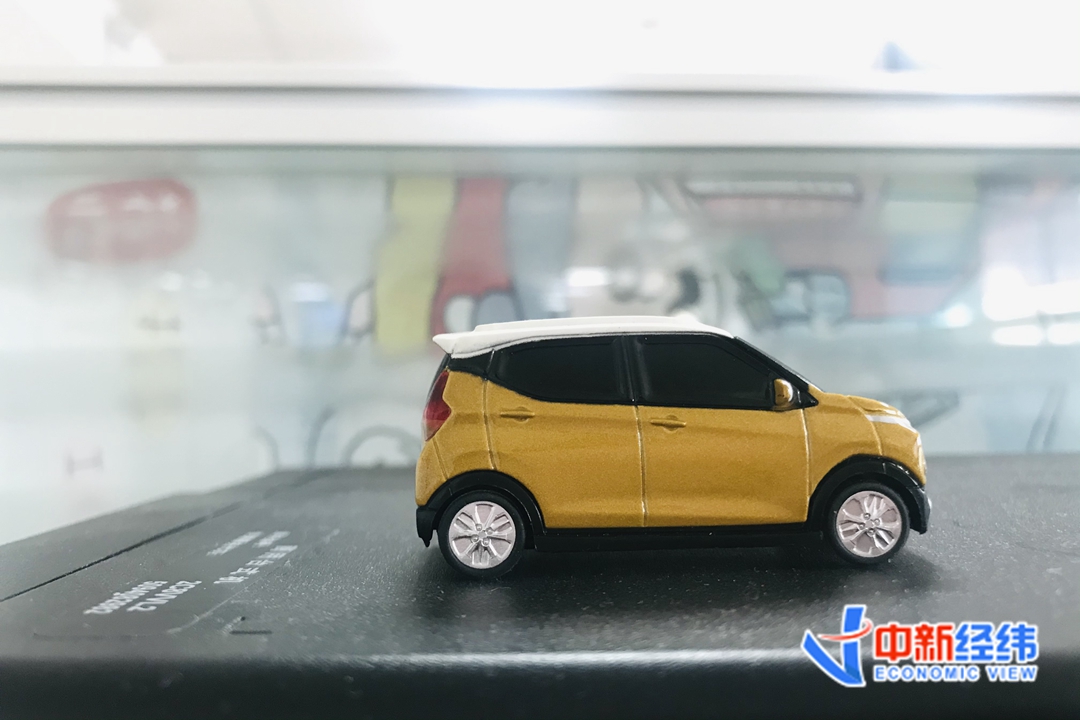 Sino-Singapore Jingwei Client, November 27th (Fu Yumei intern Zhang Yao) There are less than 40 days left in 2020. If you want to buy a car, have you received the official auto market consumer spree?

According to incomplete statistics from the Sino-Singapore Jingwei Client, more than 20 places have introduced policies to promote automobile consumption this year. Among them, keywords such as "new energy vehicles" and "cars to the countryside" frequently appear.

In terms of promotion measures, in addition to car purchase subsidies, there are various "fancy" programs, such as Hainan's announcement that people who have purchased real estate can apply for lottery, Gansu to develop auto consumer credit support, Shanghai, Tianjin and other places issue new energy vehicle charging subsidies.

It is worth noting that the promotion policies of some cities only last until the end of this year.

Consumers who are interested in buying a car must hurry up and "get on the car"!

Photograph by Fu Yumei, the new Jingwei in the data map

The executive meeting of the State Council pointed out on the 18th that it firmly implements the strategy of expanding domestic demand, further promotes bulk consumption and key consumption, and releases the potential of rural consumption. The first of these is to stabilize and expand automobile consumption.

Specific measures include: encouraging localities to increase the number of license plate indicators; launching a new round of vehicles going to the countryside and trade-in, encouraging rural residents to purchase trucks of 3.5 tons or less and passenger cars with displacements of 1.6 liters or less, and eliminating residents Subsidies will be given to the purchase of new vehicles with national emission standards and below.

Since the beginning of this year, various localities have successively introduced a series of policies to stabilize and promote automobile consumption.

On February 3, Foshan took the lead in firing the "first shot of auto rescue", becoming the first city in the country to implement concrete measures to encourage auto consumption in 2020.

Foshan has issued a policy showing that it intends to provide consumers with financial subsidies for the purchase of "National VI" standard displacement cars by car sales companies registered in the local area. It also stipulates 3 types of car purchase subsidies, the amounts are 2000 yuan, 3000 yuan, 5000 yuan.

Subsequently, many places have followed up and introduced related policies such as car purchase subsidies to promote car consumption.

Zhang Xiang, an expert from the Talent Exchange Center of the Ministry of Industry and Information Technology and an automotive industry analyst, told the Sino-Singapore Jingwei Client that for cities with limited purchases, it is more important to increase the purchase index rather than subsidies to expand automobile consumption.

At present, many cities with purchase restrictions have tended to relax indicators.

Hainan issued a notice on November 2 stating that people who have purchased real estate in Qiong can apply to participate in the lottery, and those who have already purchased a house in Hainan Province can submit an application.

However, Shenzhen, Hangzhou and Tianjin directly increased the number of passenger car license plates this year.

The extension of the new energy vehicle purchase subsidy policy has also become a common measure.

Gansu, Hubei, Jiangsu, Tianjin and other places have extended new energy vehicle purchase subsidies to the end of 2022.

In order to release the potential of the automobile consumer market, many places are also actively carrying out automobile sales promotion activities.

Gansu has proposed measures to provide subsidies for newly-purchased household vehicles with the provincial, municipal and county governments' investment of 55 million yuan, and carry out various forms of household vehicle promotion activities in the province, such as automobile consumer credit support and combined consumption of oil and bank insurance.

However, it is worth noting that although the new auto consumption promotion policies are still increasing at the end of the year, there are also some policies that have reached a deadline.

According to the Sino-Singapore Jingwei client, according to the current public policy, some measures in at least 7 locations only last until the end of the year.

A few days ago, the General Office of the State Council issued the "New Energy Vehicle Industry Development Plan (2021-2035)", which pointed out that by 2025, China's new energy vehicle sales will reach about 20% of the total sales of new vehicles.

This also means that the future prospects for new energy vehicle sales are huge.

Among the above-mentioned automobile consumption promotion policies, “new energy vehicles” has also become the most popular keyword, and some cities have even introduced incentive policies that only target new energy vehicles.

In terms of promoting consumption, many places provide subsidies by issuing subsidies for purchasing new energy vehicles and consumer vouchers.

Unlike fuel vehicles, the charging costs of new energy vehicles have also received attention and support.

For example, Shanghai grants 5,000 yuan per person charging subsidy to eligible consumers; Tianjin grants 2,000 yuan per car charging voucher to eligible car buyers, with no more than 30,000 vehicles in the city; Kunming issued, since February 2020 From 1st to December 31st, 2021, the city's public charging infrastructure charging service fee shall not exceed 0.72 yuan per kilowatt hour.

Other cities have introduced measures for free parking of new energy vehicles for a limited time.

Hefei announced that new energy vehicles will park twice a day in public parking lots (spots) invested and constructed by the government for no more than 5 hours each; parking in temporary parking spaces on urban roads is free for 2 hours, and the fee is halved for more than 2 hours.

How to continue to tap the potential of automobile consumption?

At present, the signal to expand automobile consumption is still strengthening.

Cui Dongshu, secretary-general of the Passenger Car Market Information Joint Council, said that under a number of policies and measures issued by the central and local governments, the effect of stabilizing and promoting automobile consumption has gradually emerged.

According to the follow-up situation in various places, how should the future automobile consumption potential be continuously tapped?

Based on previous analysis, subsidies are a common way to promote consumption during the epidemic. Can they last forever?

Which method is more suitable for consumers?

Pan Helin, executive dean and professor of the Digital Economy Research Institute of Zhongnan University of Economics and Law, said in an interview with the Sino-Singapore Jingwei client that the combination of subsidies to promote automobile consumption naturally has an immediate effect, and it has the significance of directly driving consumption in the current sense. , But it may not be the core link to activate automobile consumption.

"In the long run, some policies and mechanisms should be improved, especially in the innovation of the auto industry." Pan Helin, for example, said that the restrictions on traffic and licenses in some cities cannot be simply "one size fits all". Implement differentiated measures for urban and suburban areas, and use digital and intelligent means to improve congestion and parking.

Zhang Xiang said that when formulating relevant policies, we must pay attention to changes in the auto market and prescribe the right medicine.

In addition to subsidies, you can also consider relaxing the requirements for car buyers in cities with purchase restrictions. For example, people with temporary residence permits and social security will have the opportunity to buy cars, so as to appropriately expand the consumer group who buys cars.

Pan Helin also mentioned that in addition to the national macro policy, different regions should formulate targeted local policies based on their own actual conditions to revitalize local car consumption momentum.

He also mentioned that methods such as trade-in and autos going to the countryside can enhance the potential of rural consumption and are also an important part of enhancing automobile circulation and expanding automobile consumption in the future.

Cui Dongshu said that an important measure to expand auto consumption is to make good use of auto finance policy support.

In terms of car buyers, stimulating car-free people to buy a car for the first time is far stronger than buying and upgrading to stimulate consumption.

In addition, during the epidemic, the trend of online and offline integration and complementarity of the automotive industry has become more and more obvious. How to use the advantages of channels to make consumers more convenient and safe to buy cars is also a problem that needs to be concerned in the future.