"Already led to tragic consequences": the Ministry of Defense responded to Germany's call to speak with Russia from a "position of strength"

The tradition of conducting a dialogue from a "position of strength" previously led to tragic consequences for Germany and for the whole world, the Russian Defense Ministry noted. Thus, the department responded to the words of the head of the Bundeswehr, Annegret Kramp-Karrenbauer, who recently called this practice "a good tradition of German foreign policy." According to experts, such rhetoric is addressed primarily to Washington. In addition, the purpose of such statements may be, including an increase in defense spending in Berlin, analysts say. 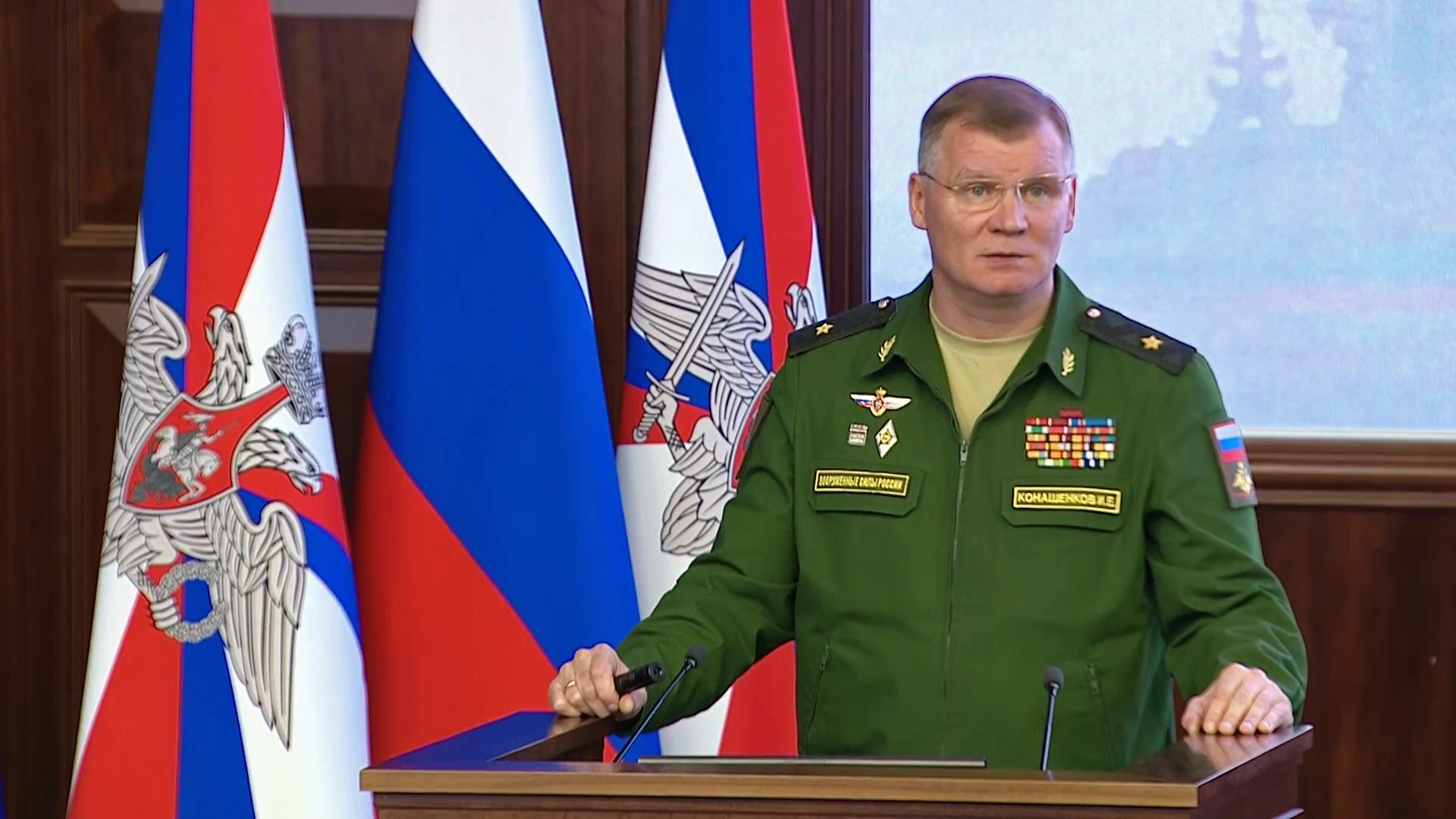 The Russian Ministry of Defense commented on the recent statement by the head of the German defense department Annegret Kramp-Karrenbauer on the need to conduct a dialogue on disarmament with Russia from a "position of strength".

“We are compelled to remind Mrs. Kramp-Karrenbauer that it was precisely the good position of German foreign policy, proposed by her recently in the Bundestag, to conduct a dialogue from a position of strength in the twentieth century, had already led to tragic consequences for the whole world, Germany itself and the German people,” said the official representative of the Ministry of Defense Igor Konashenkov.

He noted that the Russian military department immediately drew attention to the recent words of Kramp-Karrenbauer, but did not rush to respond.

The Defense Ministry hoped that the German politicians would correct their colleague themselves, but this did not happen, Konashenkov stressed.

Konashenkov also stated that this is not the first time that statements by "individual politicians" of the FRG on issues of dialogue with Russia "resemble attempts by a primary school student to compensate for ignorance of the subject with the loudness of the uttered absurdity."

He also recalled that Annegret Kramp-Karrenbauer recently became the head of the German defense department.

“But, like its predecessor, it demonstrates the inability to offer anything significant for the real strengthening of security in Europe,” Konashenkov said.

Recall, speaking earlier in the Bundestag, German Defense Minister Annegret Kramp-Karrenbauer called for talking with Russia about disarmament from a "position of strength".

The minister said this, answering a question from one of the deputies, who noted that the European NATO countries are now allocating four times more funds for defense needs than Russia, and asked how much more these costs should increase.

“Regardless of the amount you named, it is a fact that the Russian side has invested a lot in modernizing its armed forces, that it has new weapons, that the threat has become much more obvious,” Kramp-Karrenbauer said in response.

She recommended holding talks on this matter with colleagues from the Baltic countries, Sweden, Central and Eastern Europe.

“If we want to approach the negotiations - including on disarmament - from a position of strength, we must strengthen our positions.

This, too, has always been a good tradition of German foreign policy and should remain so in the future, ”the minister stressed.

As Konstantin Voronov, head of the regional problems and conflicts sector of the European Political Studies Department of the IMEMO RAN, noted in a conversation with RT, in order to ensure European security, first of all, one should abandon ideological clichés and seek mutual interests with neighboring countries.

A similar point of view is shared by Alexander Kamkin, a leading researcher at the Center for German Studies at the Institute of Europe, RAS.

“The hasty statement of the head of the Federal Republic of Germany's defense department evokes negative historical associations.

And he speaks of the insufficient level of competence of Kramp-Karrenbauer.

At the same time, it is not very clear what kind of "strength" she is talking about, since today the Bundeswehr occupies a rather modest place in NATO structures, "Kamkin says.

The groundwork for a political career Kramp-Karrenbauer was created back in 1981, when she joined the CDU.

In 1999, she won the elections to the Landtag (Zemstvo Parliament) of the Saarland.

Subsequently, she became the land minister of the interior, and then completely headed the government of the Saarland.

In December 2018, Kramp-Karrenbauer became the chairman of the ruling party in the FRG, the Christian Democratic Union (CDU, the party is in a coalition with the CSU and the SPD), having received the majority of votes at the party congress.

The predecessor of Kramp-Karrenbauer in this post was Angela Merkel.

In July 2019, Kramp-Karrenbauer was also appointed Minister of Defense after Ursula von der Leyen left this post to head the European Commission.

In February 2020, the politician announced her resignation from the post of chairman of the CDU, as well as that she would not fight for the post of Chancellor of the Federal Republic of Germany.

However, the portfolio of the Minister of Defense Kramp-Karrenbauer kept.

In this position, she has established herself as an active advocate for the transatlantic partnership.

She even argued on this issue with French President Emmanuel Macron, who called the position of the German minister "a false interpretation of history."

Kramp-Karrenbauer is convinced that Europe will not be able to defend itself for the foreseeable future without US support.

At the same time, the minister is in favor of increasing Germany's defense spending to 2% of GDP, as well as increasing the country's share in NATO's defense potential.

So, in June, Kramp-Karrenbauer called for bringing this figure to 10% by 2030.

As an argument, the minister cited a "threat" from Russia.

“We all in NATO have felt how real and urgent the threat is from Russia,” she said.

The Kramp-Karrenbauer position was previously criticized by the acting chairman of the Social Democratic Party of Germany (SPD) Torsten Schäfer-Gümbel.

The politician accused the Secretary of Defense of indulging Washington's wishes back in 2019.

“It’s incomprehensible that as a first step, she wants to provide a service to Mr. Trump and advocates a massive rearmament,” he said.

From the point of view of Konstantin Voronov, negative comments by Kramp-Karrenbauer towards Russia can also be dictated by pro-American sentiments.

“The FRG authorities are concerned about how Euro-Atlantic cooperation will develop.

Therefore, the German Defense Minister is trying to strengthen these relations so that the overseas partner can defend the country at the right time, "Voronov suggested.

In his opinion, Kramp-Karrenbauer attacks Moscow and also speaks of a "position of strength" to justify the growth of Germany's defense spending.

“The CDU is clearly supported by lobbying circles from large industry, including defense.

It is possible that the German Defense Ministry is tempted to exaggerate the threat to Russia in order to justify the increase in the military budget.

However, to a greater extent, the phrase Kramp-Karrenbauer is addressed to the overseas audience, the United States, ”the expert believes.

Recall that Annegret Kramp-Karrenbauer has made harsh statements about Russia more than once.

So, in March 2020, she called on the US and the EU to put pressure on Moscow and Damascus to resolve the situation in the SAR.

In July, the German minister accused the Russian leadership of "very aggressively defending its interests."

“In doubtful situations, it does not take into account the right of other states to self-determination, which is incompatible with the post-war order and our values,” she said, while noting that Germany needs “normal relations” with Russia.

At the same time, Kramp-Karrenbauer believes that the European Union should develop a common strategy in relations with the Russian Federation.

The minister said that she intends to use the FRG's chairmanship of the EU Council to develop a common "strategic compass" in relations with Moscow.

According to Konstantin Voronov, the negotiating capabilities of the West and Russia as a whole are in crisis.

“Of course, the West has always tried to speak from a position of strength.

However, this was not openly spoken before.

After the world ceased to be bipolar, the situation changed.

Statements like those of Kramp-Karrenbauer reflect the volatile dynamics of relations between countries.

During the Cold War, the parties were more inclined to negotiate.

But now the West has gone to break the system of agreements with Russia, ”says Voronov.

Alexander Kamkin, in turn, believes that if European politicians pick up the rhetoric about talks with Russia from a "position of strength", this will finally bury the constructive dialogue.

"This situation will return the world during the Cold War, when Germany risked becoming the front line of the Third World War," the expert summed up.