IVO: Serious shortcomings in elderly care during the pandemic

The regions have seriously failed in the care of the elderly during the corona pandemic. This is the opinion of the Swedish Health and Care Inspectorate, which has examined elderly care. - The quality is too low even during a pandemic, says Sofia Wallström, Secretary General of IVO, at a press conference. 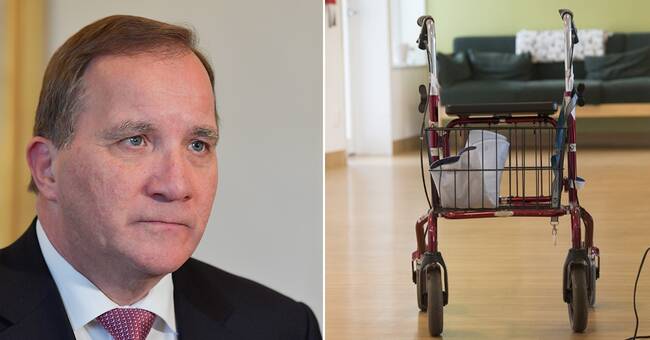 To date, more than 2,800 people living in special housing have died.

The Swedish Health and Care Inspectorate, IVO, has therefore carried out a comprehensive review of care for the elderly.

More than 20,000 tips have been sent to the authority, which presented its conclusions on Tuesday.

- In this review, IVO has identified serious shortcomings in the regions of healthcare, says Sofia Wallström.

An extensive journal review has been conducted with a focus on the homes that were worst affected during the pandemic during the review period.

The study has mainly looked at how people aged 85 to 95 were treated.

- 16 to 22 percent have not received an individual medical assessment.

This is a very high figure according to IVO's assessment.

It is important not to just see this as numbers.

It's about people, says Sofia Wallström.

- Such a high figure is not acceptable.

Many of those who have received a doctor's assessment have received one at a distance, not infrequently by telephone between doctors and staff at the accommodation.

The proportion who received a physical assessment is very low, according to IVO.

- This underlines the great seriousness of the care shortages, says Sofia Wallström.

The directive: Zero care at IVA

SVT has taken a closer look at parts of the basis for IVO's review, which also contains responses from more than 300 medically responsible nurses, MAS.

In the answers, much of the criticism that IVO now highlights emerges.

In Västernorrland, for example, decisions were made about palliative care without the doctor having access to the medical record, according to one of the questionnaire responses.

At a health center in Jönköping, doctors issued general guidelines, according to a nurse: "Zero cardiopulmonary resuscitation and zero care at IVA for everyone in special housing".

Also in Stockholm, "the directive was that the sick people should be cared for in housing", according to the response from the medically responsible nurse.