The leader of the Sadrist movement in Iraq, Muqtada al-Sadr, revealed his intention to allow his movement to contest the early elections scheduled for next June, months after his decision not to participate in them. 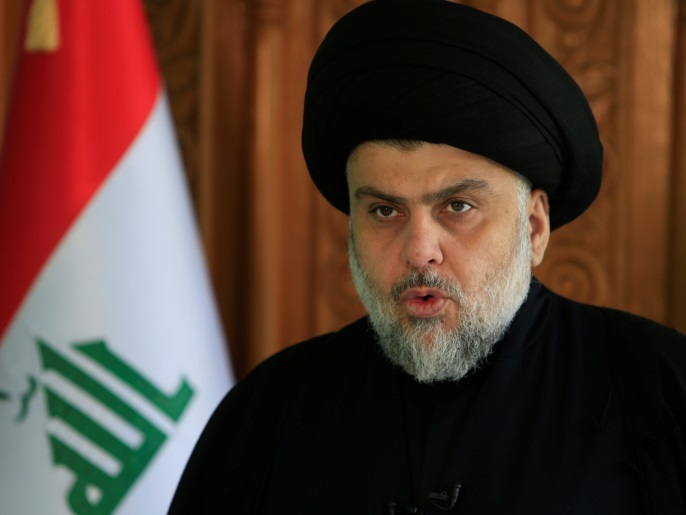 The leader of the Sadrist movement in Iraq, Muqtada al-Sadr, revealed his intention to allow his movement to contest the early elections scheduled for next June, months after his decision not to participate in them.

Al-Sadr justified this by the data indicating that the elections would result in a victory for the Sadrists so that they would have a majority in the House of Representatives, and thus they would get the prime minister.

In his tweet on his Twitter page, Al-Sadr wrote, "If life remains, I will follow events closely and accurately. If I find that the elections will result in a Sadrist majority in the House of Representatives and that they will obtain the premiership, and therefore I will be able with their help and as we agreed together to complete the reform project from within, I will decide." Running for elections. "

He added, "The reason that led to my oath not to contest the elections will disappear and I will be dissolved from my oath, to rid Iraq of corruption, dependence and deviation."

The Sadr-backed Saeron parliamentary bloc is the largest in the current Iraqi parliament, with 54 seats out of 329.

Earlier this month, Muhammad Salih al-Iraqi said, quoting al-Sadr as saying, "I have not yet decided to enter the elections, even if I decided not to enter and run in them, but all lovers should prepare for them anyway."

Al-Iraqi added, quoting Al-Sadr, "Our true dependence is on God and the faithful, and I swallow poison when I think about entering the next elections, and I suffer woes if I decide not to enter them publicly."

He explained, "This time, the enemy is not only corruption in order to avoid them and not enter with them in the elections. Rather, there are those who want to remove Iraq from its religious, ideological and social status, so they allow the forbidden, spread corruption, normalize with the enemy and accept immorality."

"The most important of all is not to lose Iraq and surrender it to their hands in any peaceful way, and if we are able to carry weapons, but the time for carrying weapons has not yet come, Iraq needs peace, peace, reform and righteousness," he said.