Javier Maroto, leader of the PP and spokesman in the Senate, feels "comfortable in centered positions" after breaking with Santiago Abascal in the motion of censure, a division in the Javier Maroto, leader of the PP and spokesman in the Senate, feels "comfortable in centered positions" after breaking with Santiago Abascal in the motion of censure, a division in which he deepens in this interview.

Why do you think the current immigration drama in the Canary Islands is taking place? First of all: the origin is inhuman.

Immigrants cannot be blamed for what is happening.

People who do that don't have hearts.

What you have to do is analyze by

And this happens because there are mafias that exploit people as if they were things.

These immigrants are deceived, they are charged for what they do not have and they are sent to Spain.

The solution is not to throw the immigrants back into the sea.

What would the PP do?

The immigration that we accept in Spain must be four things: legal, orderly, linked to work and respectful of the Western culture that welcomes them.

This is the official position of the PP.

We are not going to blame the weakest in the chain, which is the immigrant who takes that step.

When you say that those who blame immigrants "have no heart," are you referring to Vox?

Parties like Vox across Europe are fraying over this issue.

The solution to illegal immigration is not to throw them into the sea.

It is not 'that they leave and period'.

These are two ideas that Abascal transmits, but that is also pronounced by Le Pen, which is pronounced by the leader of the AfD in Germany.

And immigration is not fixed with tension or polarization.

Does the Canarian problem also suffer from a lack of government coordination?

The message of the Government is 'You do not fit, look for your life'.

They open the door for them and they start looking for life on the street.

Are you saying that Sánchez has caused a knock-on effect?

Obviously, the photographs of ministers picking up a boat, when solidarity does not consist of that ... I have cried with the news of that woman who when arriving at the boat says "where is my baby?".

But the solution is not to say "that black woman is an invader", which is what Vox would say, or "let us welcome everyone so that the baby does not happen."

You have to look for a moderate position for an orderly immigration.

What photographs of ministers receiving a ship are you referring to?

I don't remember if there were physical photographs [there were none], but the Government mounted a welcome device to the Aquarius ship.

After the motion of censure and the break with Vox, does the PP look more like itself?

Several conclusions were drawn from that motion.

A very clear one I think is that Vox is today the biggest obstacle to throwing Sánchez out.

Or put another way, as long as Vox exists, Sánchez will exist in La Moncloa.

Beyond the utilitarianism of the vote, Casado broke emotional and ideological ties with Abascal.

Ideologically, many people thought that Vox is like the PP, but saying stronger things.

And that has fundamentally changed in the motion of censure, where it has been discovered that we say, fortunately, different things. Abascal said that Sánchez's was the worst government in 80 years, worse than Franco's.

And for the PP, any democracy, however bad it may be, is better than the dictatorship.

This is a line that separates us completely.

We discovered that Vox is an anti-European party at a time when Europeanism could not be more necessary.

For example, thanks to Europe, Casado managed to stop Sánchez with his law to name the members of the Judiciary by finger.

Without Europe there would be no Covid-19 vaccine for Spain;

we would be in line.

Belonging to the family of the extreme right that does not want Europe is to deny the Spanish that.

Ours is deeply Europeanist.

And for the PP, without the environment there is no life and Vox denies climate change.

Women are not raped in the street because they are beautiful or because they are women: there is an exercise of male domination of women that is gender-based violence, whether Vox likes it or not. These things separate us.

Vox defends a rancid Spain, in black and white, anti-European and autarkic, and Casado defends a European, modern, liberal Spain that defends diversity and does not deny anyone anything.

I interpret that you have taken a weight off your shoulders with the breakup of Casado and Abascal ...

I have always felt very comfortable in moderate positions and focused on the PP, without a doubt.

"Bildu is the most disgusting thing about politics in Spain"

Vox has not submitted a partial amendment to the Budgets and the PP presumes to have registered more than 1,500.

There is no known proposal for that that is not pure populism.

Vox's proposals are of this type: "We are going to help the self-employed."

That is a hollow, populist phrase!

The PP raises a concrete alternative for each thing.

In order to do that, there has to be an economic program, but do not take a bit of "long live the hunt and long live the flag" from Vox, because they are lost.

They do not make amendments because their alternative is the scream.

That Arrimadas tries to agree with the PSOE, does it make it difficult or easier to "recast"?

I think that Sánchez's Budget deserves a vote against, but we have no opinion on the strategy of other parties.

Do you not criticize Ciudadanos for allying with them in the future?

It is our government partner in half of Spain.

It is reasonable to maintain a position of loyalty that we also demand of them.

There are internal discrepancies in Ciudadanos, but we respect them, we don't go there.

In Catalonia, can there be the possibility of a pact with Citizens in Gerona and Lleida?

Alejandro Fernández [leader of the Catalan PP] is the only one who can have an opinion on that, in agreement with Pablo Casado.

The PP has hired Rivera for an appeal of unconstitutionality.

It is not about signings.

It is about understanding that every time we vote divided, Sánchez stays.

We have to sign not so much leaders as voters.

What do you think of the Government's understanding with Bildu?

I think you have to differentiate well.

But the problem is if you have paid a disgusting political price that Bildu whitewashes in exchange for his support.

Bildu's vote never allowed or legitimized him, as Sánchez does.

The socialist sector of the Government says that this is a coincidence of vote, like the ones you had in Vitoria.

No. The Minister of Finance has had the impudence, and has not yet asked me for forgiveness, to say that I agreed on the Budgets with Bildu.

Fortunately, the media discovered that it is false, with the newspaper library in hand.

Coincidences voting for the repair of some streetlights in the City Council or in the State Pact against gender violence do not whitewash Bildu.

Naturally yes, because with the Budgets, Otegi comes here to break the regime.

There is a political price.

And, in addition, he uses Pablo Iglesias as a messenger.

The government is a coalition government, and when Iglesias says that Otegi is a man of peace and that he considers him essential to lead the state, he speaks as vice president.

"There are many people in Bildu who have sought peace from the beginning."

Do you know whose phrase this is?

That phrase is mine, but the second part is missing, the

Yes. I want to know if that distinction that he made in 2011 between EA, Aralar and Alternatiba against Sortu is still maintained now.

I explained that in addition to Batasuna, the heirs of ETA who occupy most of the space, there were other members who came from the United Left or EA, and that these people had shared with us the concentrations of rejection for the murders.

My opinion, yesterday, today and tomorrow, is that Bildu is the most disgusting thing that politics has in Spain and there is no reason not to say it.

If Sánchez insinuates it, he would suddenly lose the Budgets and his stay in La Moncloa.

It depends on them.

Even barons from his own party have confessed that they have gone to the pharmacy to buy pills to avoid vomiting.

"Otegi, Torra and Rufián will handle the strings"

Maroto believes that the Government will not back down with Bildu.

"Sánchez is going to maintain the 'Frankenstein coalition'. We will see Otegi, Torra and Rufián directing and managing the strings of the nation with the connivance of Sánchez and Vox, because the greatest obstacle to having an alternative in Spain is called Vox Why "connivance" with Vox? "Because the division of the vote [on the right] keeps Sánchez alive." News/Politics 2020-10-06T12:54:13.481Z
The PP demands that the commission on the coronavirus investigate "the scandal" of the alerts ignored by the Government 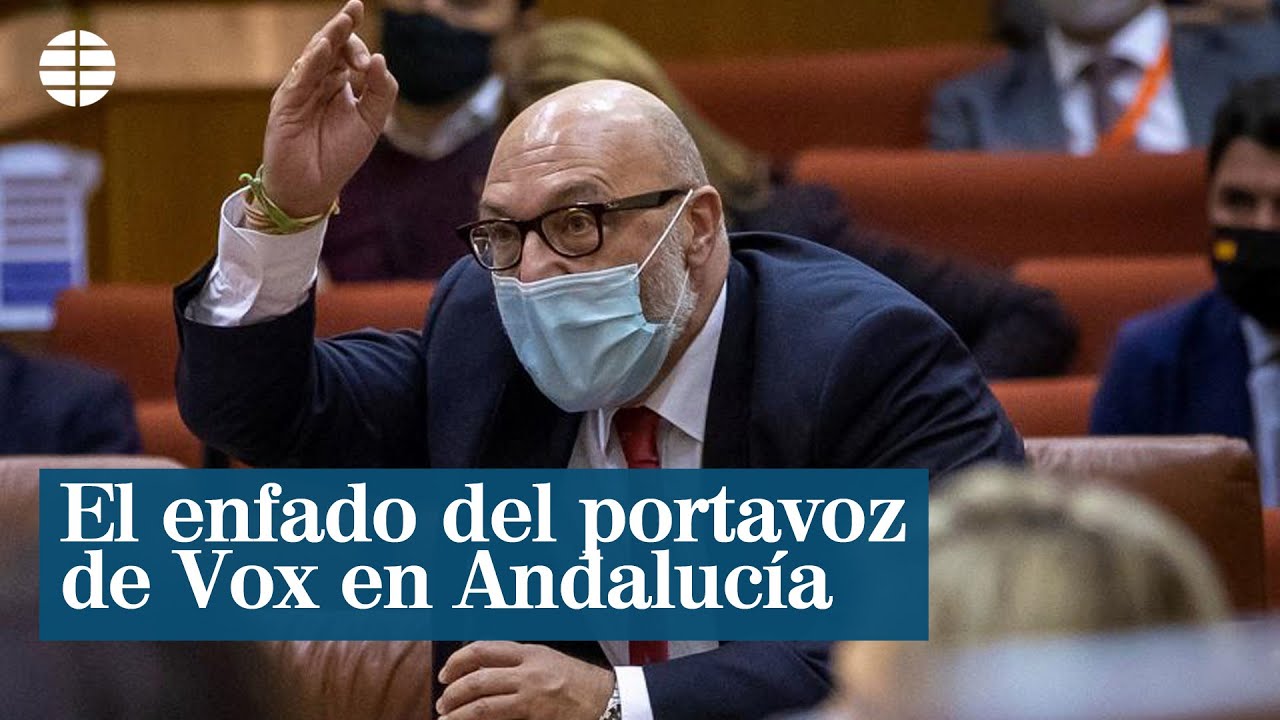 News/Politics 2020-04-29T12:59:42.224Z
Only three presidents will attend the autonomy commission on the coronavirus in the Senate News/Politics 2020-06-30T18:32:15.571Z
Alfonso Fernández Mañueco offers the PSOE to agree on the budgets of Castilla y León to give "example" to other leaders 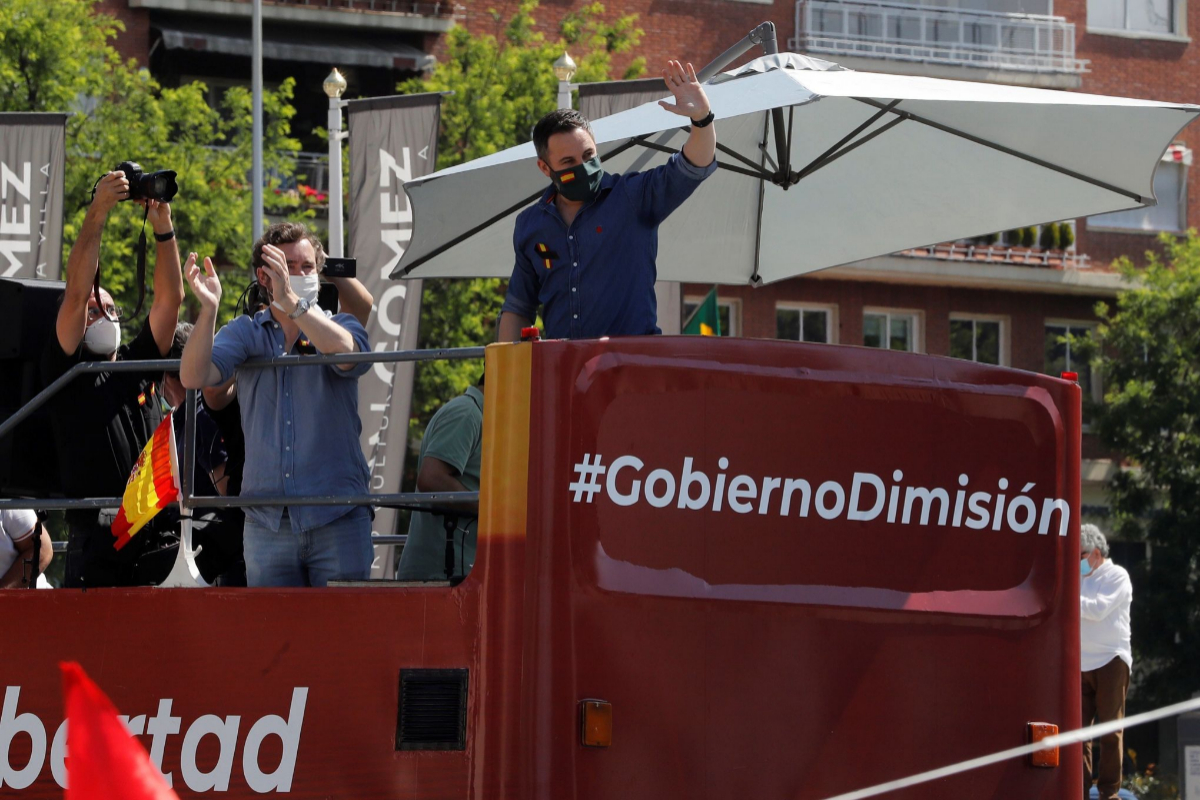 News/Politics 2020-05-23T11:34:33.862Z
Vox collapses Madrid against the Government for managing the crisis and calls for increased pressure on the streets 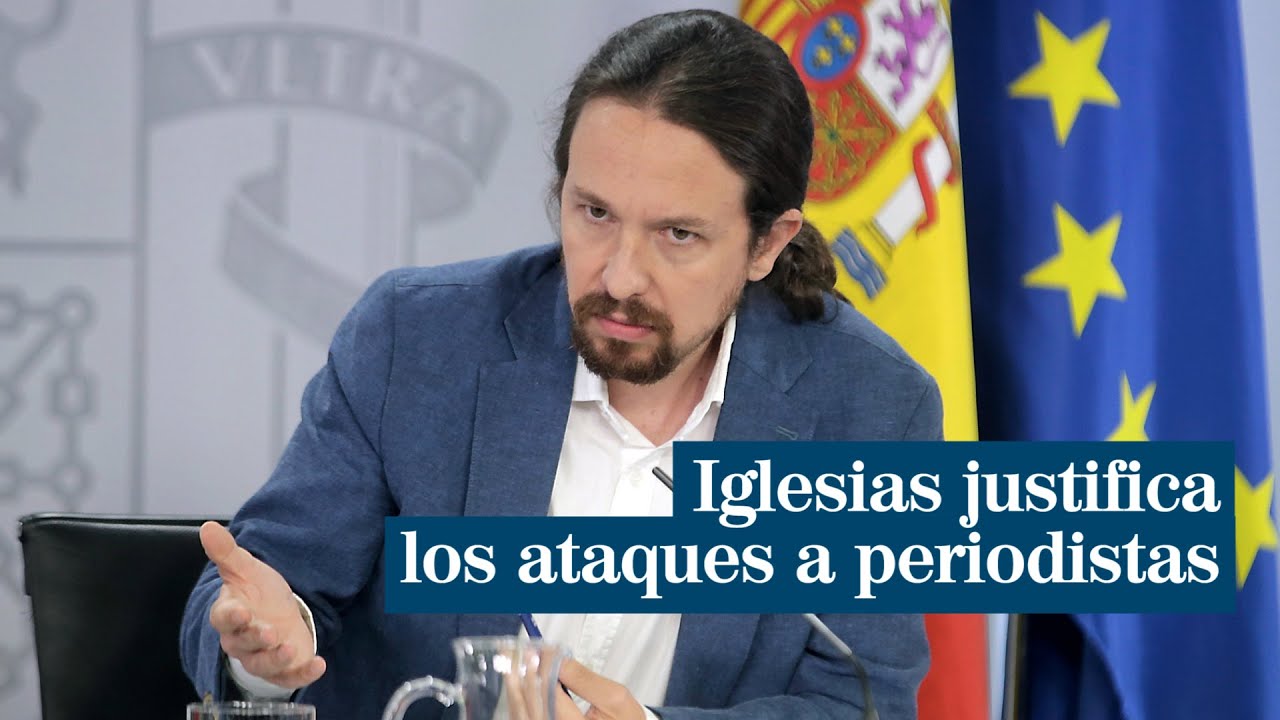