Italy's Prime Minister sends a final ultimatum to Sisi regarding the case of the student, Giulio Regeni

Italian Prime Minister Giuseppe Conte issued a recent ultimatum to Egyptian President Abdel Fattah El-Sisi to cooperate in the case of the kidnapping and murder of Italian researcher Giulio Regeni by Egyptian officers. 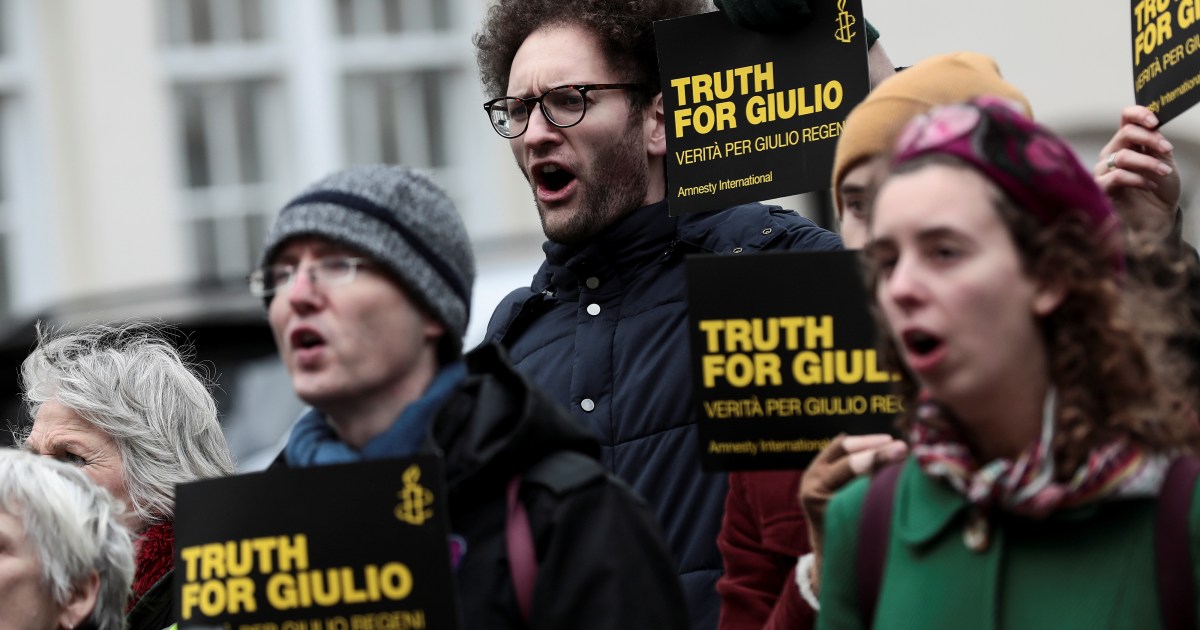 Italian Prime Minister Giuseppe Conte issued a recent ultimatum to Egyptian President Abdel Fattah El-Sisi to cooperate in the case of the kidnapping and murder of Italian researcher Giulio Regeni by Egyptian officers.

The Italian newspaper, La Repubblica, said that Conte warned the Egyptian president during a phone call on Friday against trying to gain time, and asked him to allow the five National Security Agency officers involved in the crime to choose a lawyer for them in Italy to represent them in the case.

The newspaper added that Rome made it clear to Cairo that from now on there is nothing that can be negotiated, because the matter is no longer in the hands of Conte or Sisi, but in the hands of the Prosecutor in Rome, which is determined to disclose the indictment against the Egyptian officers accused in the case.

However, the official Egyptian News Agency merely said that the two sides reviewed the latest "developments in joint cooperation between them regarding the ongoing investigations in the case of the Italian student Giulio Regeni."

It quoted Bassam Rady, the official spokesman for the Presidency of the Republic, as saying that the contact discussed bilateral relations between the two countries, especially military and economic, as well as exchanging views on a number of regional files of common interest, foremost of which are developments in the situation in the eastern Mediterranean, and developments in the Libyan issue.

She stated that the Italian Prime Minister expressed his country's keenness to continue strengthening bilateral relations between the two countries, especially trade, investment and military.

It is noteworthy that Regeni (born in 1988) is an Italian student who arrived in Egypt in September 2015 to collect information related to his research to obtain a doctorate from Cambridge University in Britain on “the role of independent trade unions after the revolution of January 25, 2011 2011, and he began to conduct interviews with Independent Egyptian labor activists and figures close to the opposition.

However, he mysteriously disappeared on January 25, 2016, after leaving his residence in the Dokki neighborhood of Giza (north) to meet a friend in the downtown area of ​​Cairo.

On February 3, 2016, Regeni's body was found dumped on the side of the Cairo / Alexandria desert road, with signs of torture and burns, and forensic reports concluded that he was killed as a result of severe torture that lasted for days.

His case has gained great momentum at the level of Italy, Europe and many countries of the world, as Rome and its allies are calling for the disclosure of the truth about what happened to him and the prosecution of those responsible.