Within the framework of the Army-2020 international forum, the Russian side signed contracts with foreign partners in the amount of 1.16 trillion rubles. This was announced by the head of the National Center for Defense Management of the Russian Federation, Colonel-General Mikhail Mizintsev. Rosoboronexport expects that by the end of this year, sales of Russian military products will remain at the level of recent years. According to experts, Moscow will retain the second place in the world in the export of arms thanks to the successful operation of the defense industry, despite the pandemic and Western sanctions. 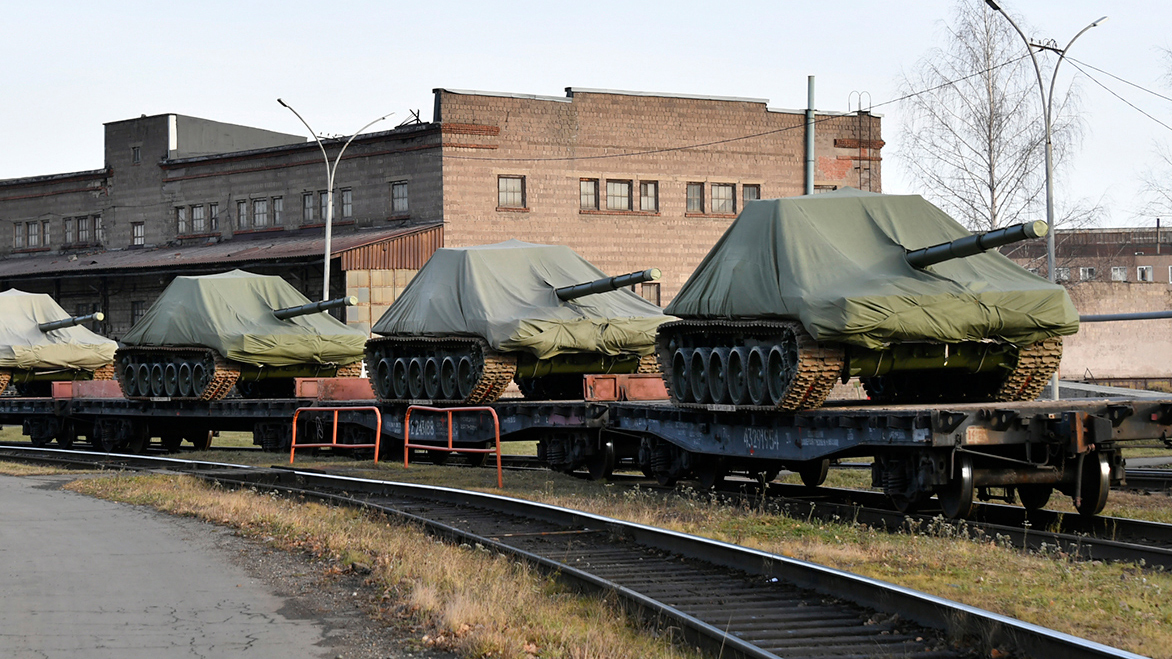 Colonel-General Mikhail Mizintsev, head of the National Center for Defense Management (NTSUO) of the Russian Federation, emphasized the importance of the Army-2020 forum for interstate and interdepartmental relations.

“Following the results of its work, the enterprises of the military-industrial complex (MIC) with foreign partners signed contracts worth 1.16 trillion rubles, which is 1.2 times more than last year,” said Mizintsev, speaking at the VI Interdepartmental Scientific and Practical Conference on the topic: "Development of a system of interdepartmental cooperation in the field of defense in 2020".

Let us remind you that the Army-2020 forum was held at the end of August at the Patriot Congress and Exhibition Center of the Russian Armed Forces in Kubinka, Moscow Region.

On its fields, Rosoboronexport presented a wide range of military and special equipment to foreign partners.

As Alexander Mikheev, General Director of Rosoboronexport, noted earlier, "Russian models of weapons and military equipment, as well as dual-use equipment, attract special attention of specialists from many countries."

“We note that many states see the way to ensure their security and sovereignty precisely in military and military-technical cooperation with Russia.

The volume of cooperation with our foreign partners shows a stable positive trend and allows us to make optimistic forecasts, ”Mikheev said.

Experts interviewed by RT believe that the increased volume of contracts for military-technical cooperation (MTC) within the framework of the Army 2020 forum indicates that the coronavirus pandemic did not have a serious negative impact on the activities of the defense sector and the export potential of the Russian Federation.

“This year, the pandemic has become another problem for Russian arms exports, along with sanctions and unprecedented US pressure on Moscow's foreign partners.

But at the same time, Russia remains among the largest sellers of weapons and military equipment, "said Alexei Podberezkin, director of the Center for Military-Political Research at MGIMO, in an interview with RT.

Recall that on April 9, at a meeting of the commission on military-technical cooperation with foreign states, Russian President Vladimir Putin called for "stable, rhythmic work of system-forming enterprises, which, of course, includes the military-industrial complex."

In the spring, due to the spread of COVID-19, a number of enterprises have reduced the number of employees entering production.

For example, at the beginning of April only 30% of the “main production workers” were employed at Rostvertol.

However, this indicator subsequently increased.

In mid-May, in an interview with RIA Novosti, Deputy Prime Minister of the Russian Federation Yuri Borisov clarified that practically all workers and engineers remained in production in the defense sector.

According to him, “only employees over 65 years old and those who could work remotely were transferred to a remote location”.

In August, in an interview with Interfax, Alexander Mikheev said that Rosoboronexport is returning to its usual rhythm of work.

As the top manager explained, the organization resumes business trips of employees and "live negotiations" with foreign partners.

Mikheev also noted that he does not expect a decrease in the volume of arms exports.

According to his forecast, by the end of the current year, the sales of military products will remain at the level of the last three to five years.

The head of Rosoboronexport recalled that in 2019 the organization sold contracts worth over $ 13 billion.

At the same time, the total volume of Russian arms exports in 2019 amounted to $ 15.2 billion, Deputy Minister of Defense of the Russian Federation Alexander Fomin said in an interview with the Izvestia newspaper in March.

As follows from the information of the Federal Service for Military-Technical Cooperation (FSMTC) of Russia, from January to August 2020, Moscow sold weapons for a total amount of more than $ 7 billion. More than 40 countries were the buyers.

Meanwhile, speaking to the State Duma deputies in September, the head of the FSMTC Dmitry Shugaev stressed that the situation for Russian arms exports is complicated by Western sanctions and restrictions due to COVID-19.

“It should be noted that in this regard, almost all major international events were canceled, the number of contacts between manufacturers and potential buyers of weapons and military equipment has sharply decreased.

But under these conditions, we managed to maintain the status quo, ”Shugaev said.

According to the head of the FSMTC, despite the difficulties that have arisen, Moscow regularly fulfills its obligations to buyers, maintaining a consistently high portfolio of orders.

“The deliveries of our military products are being carried out, and I responsibly declare this to you, on time.

The most important thing is that the order book is stable, it is in the range of $ 50-55 billion, ”explained Shugaev.

"The trend will continue"

According to Russian legislation, almost all information about the military-technical cooperation of the Russian Federation with foreign states is of a non-public nature.

However, some information about some contracts is disclosed at the official level.

For example, in 2020 it became known that Rosoboronexport signed an agreement to supply a foreign customer with multipurpose medium-class Mi-38T helicopters.

In addition, Russia and Turkey signed a second contract for the supply of S-400 air defense systems.

In the coming years, Rosoboronexport expects a strong demand for the products of Rostec enterprises.

In May, Rosoboronexport announced that it plans to supply the 59N6-TE radar station to the foreign market.

According to Mikheev, it is capable of detecting "a wide class of modern and promising airborne objects, including hypersonic targets."

Alexey Podberezkin believes that Russia has the necessary potential to maintain the indicators of arms exports at the level of recent years.

He predicts that by the end of 2020, Moscow will retain the second place in the world in arms sales, despite the US anti-Russian policy and the global crisis caused by the COVID-19 pandemic.

“The trend of Russian arms sales will continue.

It is, in principle, quite stable.

I believe that the volume of export deliveries of military equipment will remain at the level of recent years, although it may slightly decrease, ”Podberezkin argues.

A similar forecast in an interview with RT was presented by the head of the Center for Analysis of World Arms Trade (TsAMTO) Igor Korotchenko.

According to him, in 2020, the domestic defense industry has demonstrated the ability to fully fulfill obligations to the RF Ministry of Defense and foreign customers.

“The defense industrial complex of Russia is working, despite the pandemic, deliveries are made on time both abroad and to the Russian Armed Forces.

On the international arms market, we will obviously maintain the same positions, steadily occupying the second place in the world in terms of export volume, ”Korotchenko summed up.