Sagittarius in Kenosha released - for 17 million

The far-right 17-year-old, who is suspected of the fatal shootings against two Black lives matter protesters in the state of Wisconsin, has been released from custody on bail. 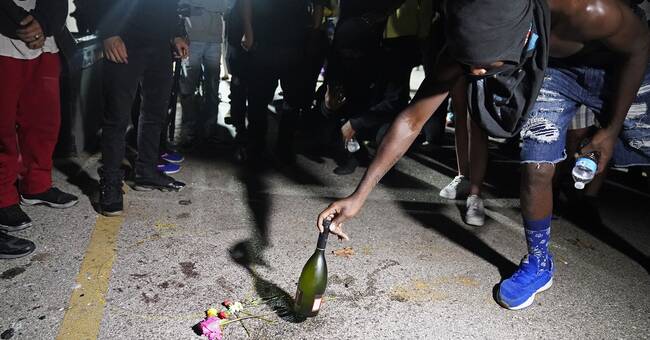 A judge had set the bail amount at 2 million dollars, corresponding to over 17 million kronor.

17-year-old lawyer Lin Wood thanks on Twitter actor Ricky Schoder and businessmen Mike Lindell, one of President Donald Trump's allies, for their contributions.

The teenager has been locked up since the end of August.

It was then that riots broke out in the city of Kenosha, after the police shot the black father of small children Jacob Blake with seven shots in the back.

The 17-year-old had that day gone heavily armed from his home in a nearby town in the neighboring state of Illinois, to protect Kenosha from insurgents, according to his own statement.

In the evening, a riot broke out and a video shows how a person who looks like a 17-year-old falls to the ground and shoots at protesters who come towards him.

Two people were killed and a third was seriously injured by the shots.

The teenager is suspected of murder, for negligently causing danger and for illegal possession of a weapon, as he is under 18 years of age.

The next court hearing in the case is on 3 December.