His Highness Sheikh Mohammed bin Rashid Al Maktoum, Vice President and Prime Minister and Ruler of Dubai, participated in the hypothetical G20 leaders summit, which was held today under the chairmanship of the Custodian of the Two Holy Mosques King Salman bin Abdulaziz Al Saud, King of the Kingdom of Saudi Arabia and will continue until 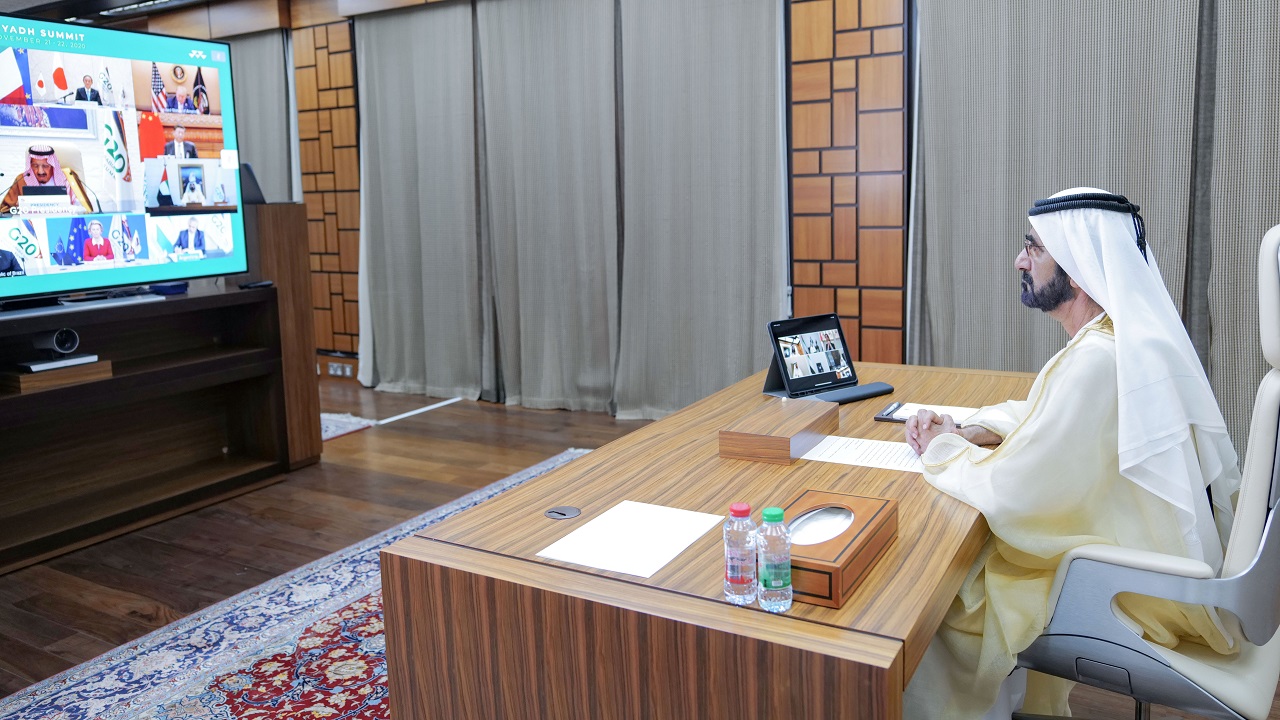 His Highness Sheikh Mohammed bin Rashid Al Maktoum, Vice President, Prime Minister and Ruler of Dubai, participated in the virtual G20 leaders summit, which was held today under the chairmanship of the Custodian of the Two Holy Mosques King Salman bin Abdulaziz Al Saud, King of the Kingdom of Saudi Arabia and will continue until tomorrow Under the slogan "Seizing the opportunities of the twenty-first century for all".

The participation of the United Arab Emirates in this second extraordinary summit in its capacity as Chairman of the current session of the Cooperation Council for the Arab States of the Gulf comes with the aim of coordinating joint efforts and intensifying international cooperation to combat the pandemic, and limit its humanitarian, health and economic impacts on peoples and countries around the world.

His Highness Sheikh Mohammed bin Rashid Al Maktoum praised the presidency of the Kingdom of Saudi Arabia for the G20 summit, and its efforts under the leadership of the Custodian of the Two Holy Mosques King Salman bin Abdulaziz Al Saud in preparing and managing the summit's work that comes in exceptional circumstances, which confirms the pioneering role of the Kingdom globally, and its constant keenness on Presence and supporting international efforts to address the challenges facing countries and peoples, stressing the initiative of the Kingdom of Saudi Arabia to call for this extraordinary summit of the G20 with the aim of coordinating and integrating international efforts to confront the emerging corona virus (Covid 19).

His Highness Sheikh Mohammed bin Rashid Al Maktoum affirmed that the G20 is the largest global economic platform around which the world unites to address common challenges and overcome them, and that the UAE will continue to support all joint international initiatives, and all policies and projects that ensure building a sustainable future for future generations.

His Highness said: "The pandemic that the world is facing today highlighted the role played by the G20 as an economic platform around which the world unites to confront and overcome common challenges, and through which it discusses ways to seize the most important opportunities available to countries and governments and benefit from them for a better future for peoples and the world. The danger today targets everyone around the world." Without exception, destiny has become one and common for humanity. "

His Highness affirmed that the UAE has been keen since the beginning of the crisis, and under the directives of His Highness Sheikh Khalifa bin Zayed Al Nahyan, President of the State, to play an effective and major role in supporting international efforts to address the epidemic and contribute to various aspects of international cooperation and coordination to deal with the virus, in order to develop Mechanisms and emergency and effective solutions to the crisis that the world is experiencing in all its countries alike, the risks of which are not limited to the health sector only, but extend to other sectors and aspects, the most important of which is the economic and societal aspect.

His Highness Sheikh Mohammed bin Rashid Al Maktoum also indicated that the world is living today in an exceptional phase in which people await the end of the crisis, which confirms the importance of collective action and international cooperation not only to get out of this crisis as quickly as possible and with minimal losses, but to achieve the required growth and recovery in Various sectors, and addressing any health, economic or social repercussions of the crisis.

His Highness praised the efforts of all participants in the work of the group, including countries and organizations, and the contributions they made to address the challenges that resulted from the pandemic, and fair access to vaccines, Covid 19, stressing the UAE's support for the G20 initiatives aimed at strengthening the capabilities and capabilities of poor countries to face the current crisis. The state's constant aspiration to contribute to the G20 agenda and joint action for the good of future generations and the world.

The work of the first day of the G20 leaders' summit included two sessions, the first entitled: "Overcoming the Epidemic and Restoring Growth and Jobs", which focused on highlighting the ongoing efforts to overcome the Covid-19 epidemic and ways to ensure access to vaccines for all people around the world.

This session also reviews the prospects for the global economy, including the recovery of labor markets and the expansion of social protection, in addition to the state of the global financial system.

The second session of the first day will be titled "Building an inclusive, sustainable and resilient future", and it discusses the conditions in which everyone can live, work and thrive in, while preserving our planet, and through intensifying collective efforts to protect shared resources globally. 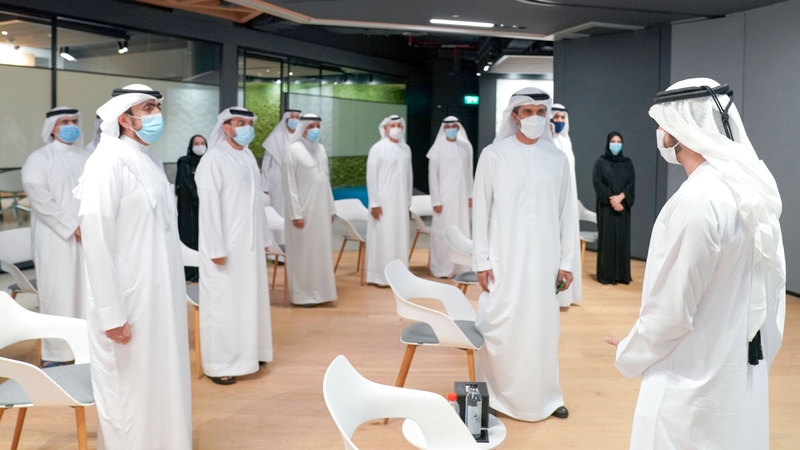 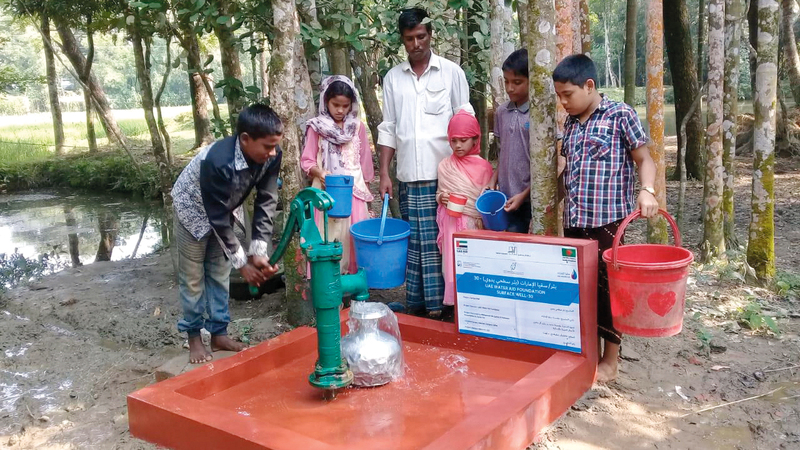 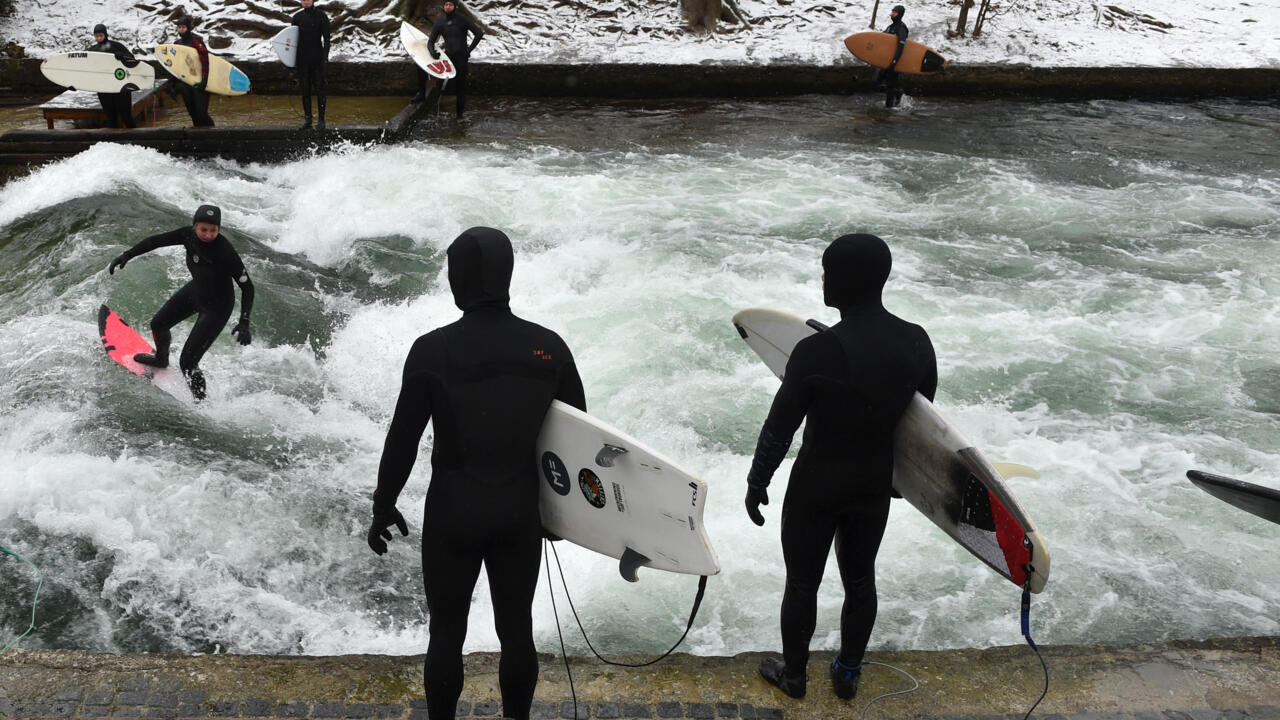 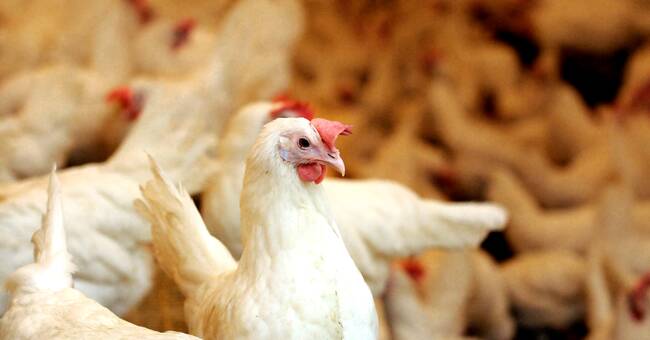 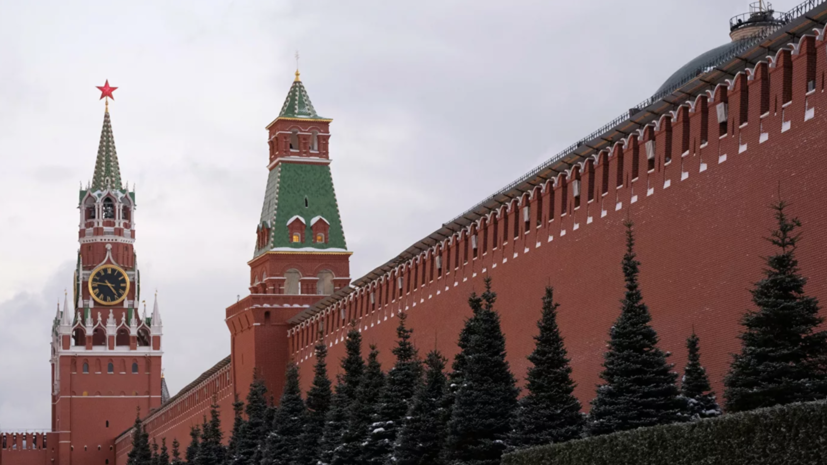 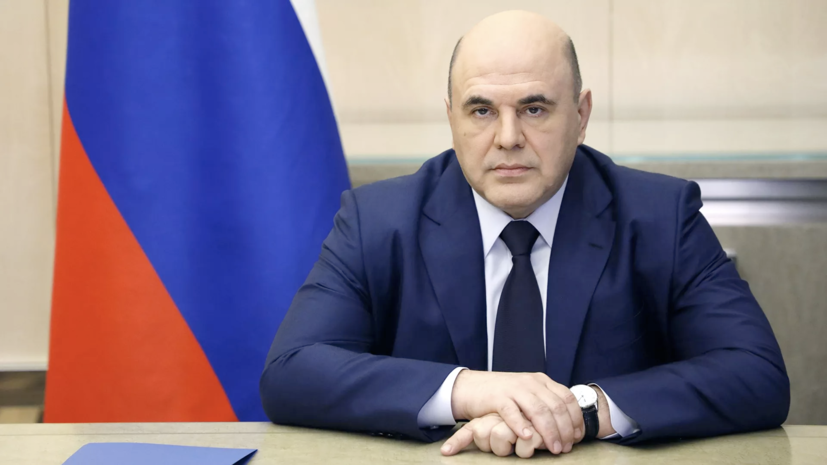