Message from the General Secretary: The conference held in Wuhan, Hubei has special significance 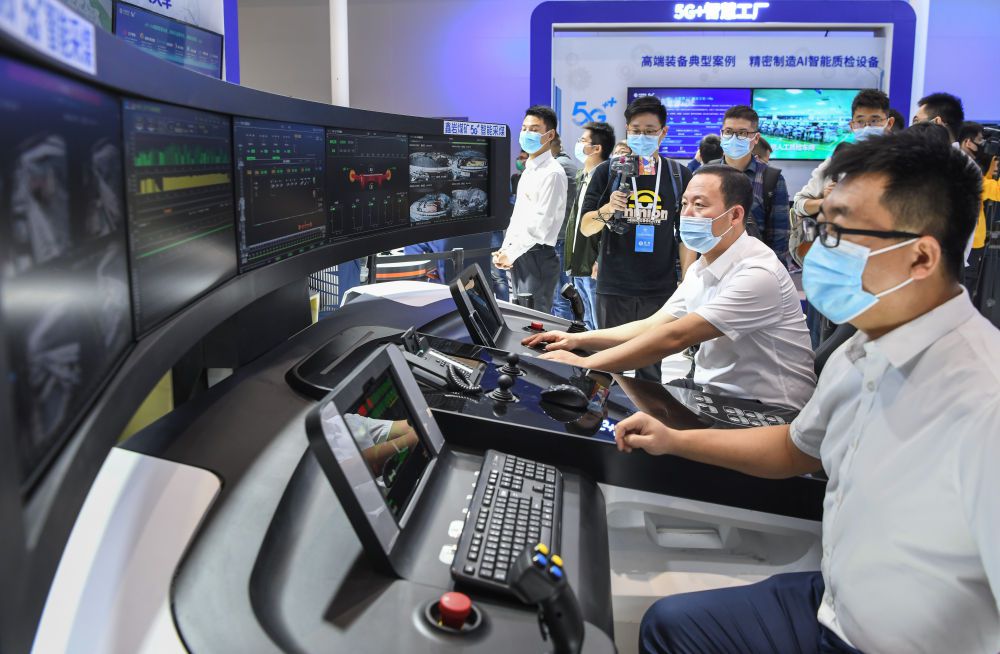 First Observation | Message from the General Secretary: The convening of the conference in Wuhan, Hubei has special significance

The letter said: "The convening of this conference in Wuhan, Hubei has special significance."

How to understand the special meaning of General Secretary Xi Jinping?

What message does this special time, this city of heroes, and this important issue convey?

The topic can be opened from this "G" and this "net".

5G and Industrial Internet, one is an important direction for the evolution and upgrading of a new generation of information and communication technology, and the other is a key support for the fourth industrial revolution.

The integration of the two will strongly support the construction of a manufacturing power and a network power, and drive the digital transformation of the economy and society.

Wuhan has an extraordinary relationship with this "G" and this "net".

The laying of the network is similar to that of railway traffic, with emphasis on vertical and horizontal layout.

Wuhan, located in the central region, is a very important network "hub" in my country.

A lot of information "running" on the Internet, a lot of them are converged and analyzed here.

According to statistics, Wuhan's national top nodes have an average daily resolution of 130,000 times, and the total number of logo registrations ranks third among the five top nodes in the country.

In 2018, General Secretary Xi Jinping came to Wuhan during an inspection in Hubei to inspect the innovation and development of enterprises.

Hearing that a company is in the world's leading position in the R&D and production of "ultra-large capacity, ultra-long distance, and ultra-high speed" optical communications, it can achieve 6.75 billion simultaneous calls on an optical fiber. The general secretary expressed his praise.

Relying on the "Optics Valley of China", the National Information Optoelectronics Innovation Center, the National Digital Design and Manufacturing Innovation Center and other national innovation platforms, with industry clusters such as automobiles and parts, biomedicine, and medical devices, Wuhan is equipped to explore the integration of 5G and industrial Internet The basis of the application.

The convening of this conference in Wuhan has a geographical advantage, digital foundation, and industrial support. It also reflects the deep concern and expectation of the Party Central Committee and all sectors of society for the revitalization of the city.

As the province with the heaviest epidemic situation and the longest control period in the country, Hubei has suffered the most from the epidemic and faces greater difficulties in economic recovery.

General Secretary Xi Jinping is very concerned about the recovery and development of Hubei's economy.

In March of this year, when he went to Hubei for an inspection, he pointed out that he "handled and pulled hands during the most difficult period in Hubei."

On March 10, 2020, Xi Jinping inspected the prevention and control of the new crown pneumonia epidemic in Hubei Province.

At this conference, the general secretary emphasized in his congratulatory letter, “I hope that Hubei Province and Wuhan City will take this conference as an opportunity to carry forward the great anti-epidemic spirit, vigorously promote the development of the digital economy, and build a new development pattern for promoting high-quality economic development and services. Make a contribution."

As the city of heroes in the people's war, overall war, and resistance war against the new crown pneumonia epidemic, Wuhan, Hubei is in a critical period of recovery after the epidemic.

The economic recovery requires not only speed but also quality.

For Hubei and Wuhan, it is necessary to seize the advantages of "5G + Industrial Internet" and other related industries, accelerate the cultivation of new kinetic energy, and run high-quality development acceleration.

In representative cities for industrial development, through exhibitions, forums and other forms, talents, enterprises, and all links of the industrial chain are "invited" to gather resource elements, connect market supply and demand, and improve the industrial chain, which will help Hubei and Wuhan to aggregate innovation Motivation to accelerate the construction of digital advantages.

The picture shows on November 19th, visitors learn about an autonomous flying vehicle.

Meetings are opportunities, and development is the goal.

Based on itself, seize the breakthrough of "5G + Industrial Internet", consolidate the digital foundation, and expand the integration and innovation, Hubei and Wuhan will surely get out of the epidemic as soon as possible.

Seize the major opportunity of the deep integration of new generation information technology and the real economy, and promote the digital economy to better empower thousands of industries and activate development momentum. The Chinese economy will also gain advantages and take the initiative.