The success of the new album of the kings of K-pop BTSSeoul (AFP) Success was on Friday for K-pop stars BTS, as tens of millions of fans across the world rushed to hear their highly anticipated new album. Barely three hours after the global release and simultaneously of "BE", the video of the first title "Life Goes On", which intends to deliver a "message of healing" in the face of the pandemic of the new coronavirus, had been seen nearly 20 millio 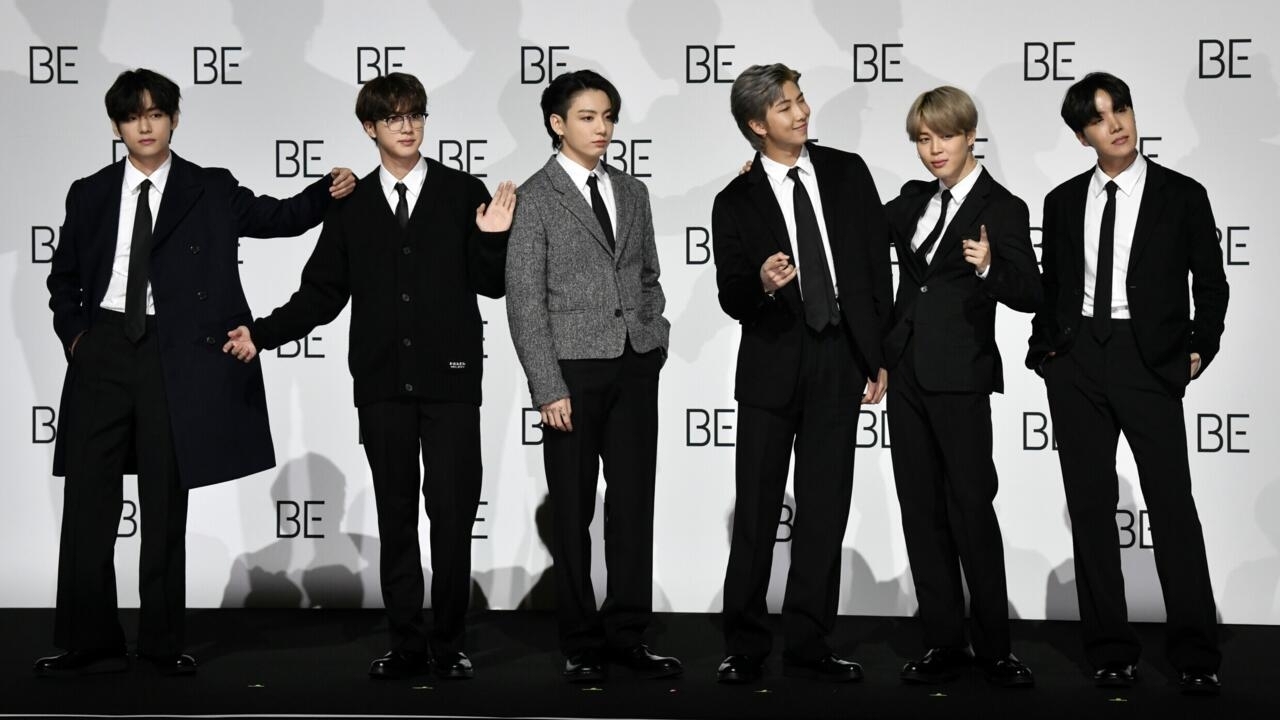 Success was on Friday for K-pop stars BTS, as tens of millions of fans across the world rushed to hear their highly anticipated new album.

Barely three hours after the global release and simultaneously of "BE", the video of the first title "Life Goes On", which intends to deliver a "message of healing" in the face of the pandemic of the new coronavirus, had been seen nearly 20 million times on YouTube.

"It's the best thing that has happened this year," enthused one fan among more than 560,000 comments written by followers of the South Korean group.

“Just when I started to feel bad and wanted to leave this world, BTS released this album,” congratulated another.

"Their music has saved me so many times and it continues to do so."

Since their debut in 2013, BTS has been one of the flagship groups of the international music scene, and last year their concerts in Los Angeles, Paris and London were sold out.

In August, the "boy band" had the performance of becoming the first 100% South Korean group to reach the top of the benchmark album sales chart in the United States, the Billboard, with their track "Dynamite", entirely in English.

"Our goal with the music of + BE + is that it brings comfort to a lot of people," Jimin, one of the band members, said at a press conference on Friday.

"If a lot of people can relate to it, I will be really grateful to them."

The new eight-track album, the fifth in the Korean language, is billed as "the most + BTS-esque + to date," BTS label Big Hit Entertainment said in a statement.

The new album must "persuade the most skeptical of people, who have only recently heard of BTS, that their work is powerful, original and profound," CedarBough Saeji, visiting professor at the University of London, told AFP. Indiana to Bloomington.

The lyrics of their songs are often socially engaged - the themes include competition within society and the evils of consumerism - and they constantly communicate with their fans, both at home and abroad, via social media. social.

On Twitter, they are followed by some 30.7 million people.

Jin, one of the seven band members, said that another "BE" track, the retro disco "Telepathy", conveys "the sad reality" of "not being able to meet our fans around the world in due to the Covid ".

"The song is about the fact that we are happier when we are with our fans, and that although we are physically separated now, we are actually still together."

The group is due to play "Dynamite" and "Life Goes On" on Sunday at the Music Awards ceremony in Los Angeles.

Although the share price of the music label Big Hit has plummeted since its IPO, the company is still worth some $ 6 billion.

A shadow on the board, however, hangs over the future of the group: the obligation for its seven members to perform their military service.

Indeed, any valid South Korean must serve for 18 months before the age of 30.

He will have to start his service before the end of 2021, while the other six will have to do so in the following years.

Seoul is currently debating the possibility of exempting some stars like BTS from it, but the group reiterated on Friday its wish to continue to do so.

“As a young South Korean, I think I should serve in the military without asking a question,” Jin said.

“As I have said every time, I will accept the country's call anytime, whenever it happens,” he added.

"We all intend to serve."