Blue: "Up" despite criticism, Deacon recalls HenryParis (AFP) Offensive and still "standing" despite the rain of criticism, the coach of the Bleues Corinne Deacon reinstated her captain Amandine Henry on Thursday in the November list, calling for the "quarrels of people" to be silenced to focus on qualifying for the Euro -2022. After the remarkable media release of the Lyonnaise, the first speech of Deacon was eagerly awaited by the usual follo 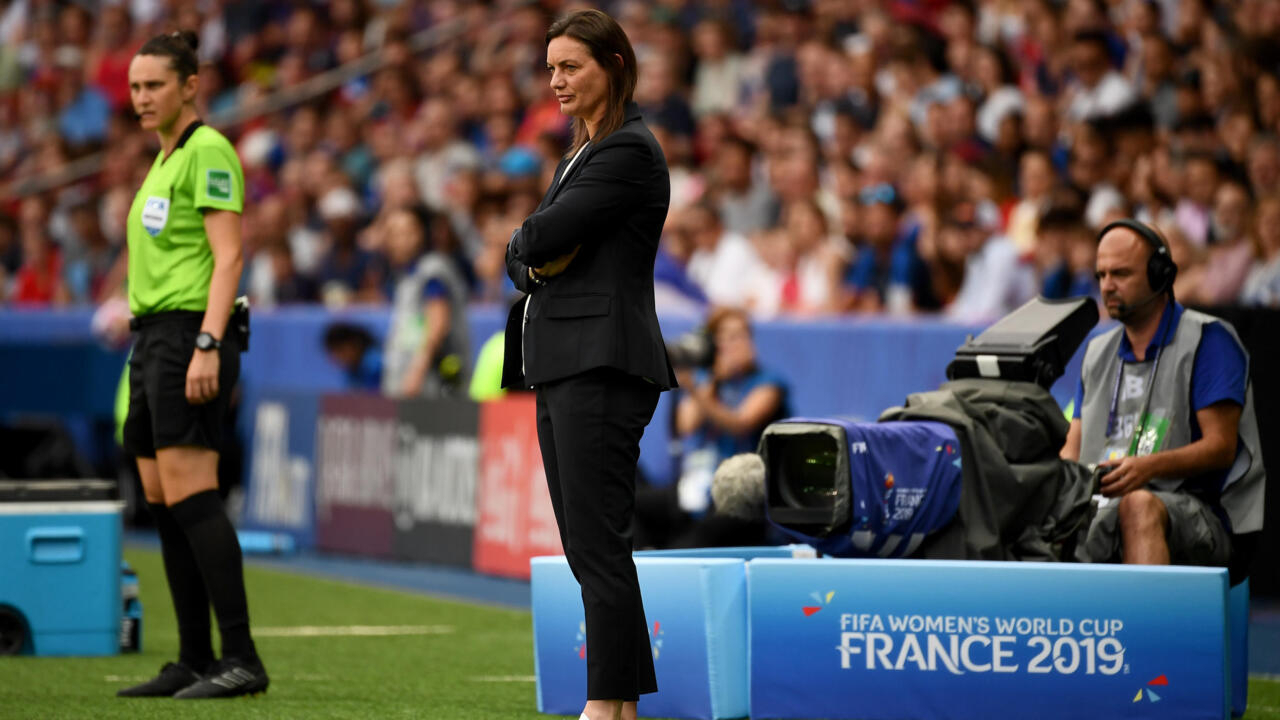 Offensive and still "standing" despite the rain of criticism, the coach of the Bleues Corinne Deacon reinstated her captain Amandine Henry on Thursday in the November list, calling for the "quarrels of people" to be silenced to focus on qualifying for the Euro -2022.

After the remarkable media release of the Lyonnaise, the first speech of Deacon was eagerly awaited by the usual followers and well beyond, the coup of the international to the 92 selections having largely exceeded the usually restricted framework of the women's football.

"Obviously I have heard the critical statements of recent times. But the time has not come today to settle this problem as our national team plays its future on the field", declared in video conference of press the 46-year-old technician, affected by the Covid-19 last month.

If there are tensions, "we will resolve them face to face but under no circumstances will I use the media as an intermediary", she insisted.

"It is unacceptable to put on a spectacle of people's quarrels, we must show dignity."

Four days before the reunion at Clairefontaine, the coach said she was "ready" for "questioning" but she especially called for washing dirty laundry with the family, "between four walls" to use the expression used during 'an exchange of about thirty minutes with the press.

His message: remain "focused" on the top of qualifying for Euro-2022, against Austria on November 27 in Guingamp, then Kazakhstan on December 1 in Vannes.

But the questions have invariably revolved around the statements of Henry who brought, Sunday on Canal +, a powerful testimony of the malaise in the France team, a month after his non-selection on "sporting criteria".

At 31, the midfielder of Olympique Lyonnais reported "heavy and negative feedback" from the tricolor locker room.

"This is the feeling of the majority of the team. Some girls do not dare to speak, there is fear" but "if I do not speak, who will speak?", She asserted.

This unprecedented and heavy captain's charge increased the pressure on the coach under contract until 2022, especially as it added to the criticisms voiced in recent months by OL executives Wendie Renard and Sarah Bouhaddi.

If the central defender is summoned for the last outing of the year, this is not the case for the goalkeeper who, after her voluntary withdrawal this summer and the harsh criticisms targeting Deacon, left the door open on Wednesday at a possible return to selection.

"A little surprised" by this turnaround, Deacon repeated Thursday that she held the helm, despite the squalls that regularly shake the France team.

Many press articles have relayed the discomfort of some Blue women, especially during the 2019 World Cup where some players cried because of the heavy atmosphere or their low playing time.

"I want to tell you that if we have to come and cry in the French team, we must not come," she replied Thursday, taking over the front page of the daily L'Equipe crossed out this week by the question "Can she hold?".

"The answer is yes. I want to reassure everyone, I have never been so motivated in the context of my function and my responsibilities to seek the only objective that occupies my mind today, namely to qualify our team. national for the next European Championship, "she said.

Unbeaten since the World Cup-2019, the Blue are approaching the last two qualifying matches for Euro-2022 at the top of the group, tied on points with Austria who held them in check (0-0) at the end of October.

Their ticket for the tournament organized in England will be validated if they win on November 27 against these same Austrians.

In these conditions, resigning has not even crossed the mind of the coach, in place since 2017. "I remain standing, I am supported by my president and by players as well," she swept away.