Nearly half of the biodiesel sold in Sweden consists of residual products from palm oil, so-called PFAD, and pure palm oil. Now there will be significantly more of that product in Swedish cars and trucks after the government's sharply tightened requirements to mix biofuels in petrol and diesel, so-called reduction obligation - Biofuels are part of the problem around palm oil. Forests are being cut down and cultivation areas are being increased, says Johan Kuylenstierna, chairman of the Climate Policy Council. 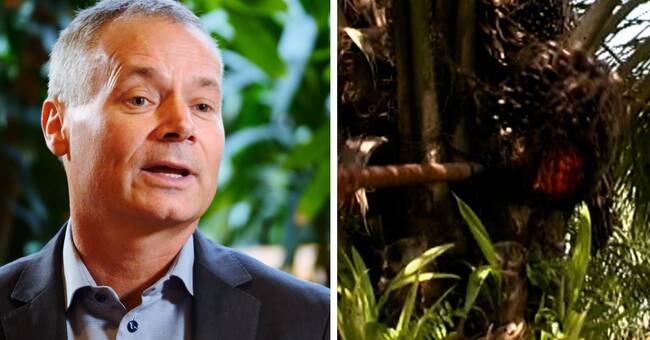 The Climate Policy Council, which has the task of evaluating the government's climate policy, points to the reduction obligation as a very effective instrument for reducing emissions, but also warns that Sweden risks becoming dependent on large quantities of imported raw materials with questionable sustainability.

- We work in a global market and as long as the raw material is cheaper in other countries, we will continue to import, says Kuylenstierna.

Caption: New reduction obligation: Within a ten-year period, the share of biofuels in diesel will be gradually increased from the current requirement of 21 percent to 66 percent in 2030, the share in petrol will increase from 4.2 to 28 percent.

New reduction obligation: Within a ten-year period, the share of biofuels in diesel will be gradually increased from the current requirement of 21 percent to 66 percent in 2030, the share in petrol will increase from 4.2 to 28 percent.

The Green Party's spokesman Per Bolund sees the stricter reduction obligation as a "game changer for the climate" and hopes that the announcement will stimulate investments in the production of Swedish biofuels made with Swedish raw materials.

The forthcoming bill will also contain stricter sustainability requirements, which will benefit Swedish production according to Per Bolund.

- We do not see that palm oil is part of a sustainable transport system, says Per Bolund.

But despite the fact that the Green Party claims to be against palm oil, it is not certain that the sustainability requirements will include a ban on PFAD and palm oil.

- I can guarantee that there will be sustainability requirements, says Bolund.

But can you tell which ones?

- It is a work in progress, a negotiation between the government and the co-operation parties, Bolund concludes.