A tripartite Arab summit that brought together the leaders of Jordan, Bahrain and the Emirates - in Abu Dhabi, today, Wednesday - discussed developments in the Palestinian issue and regional and international developments. 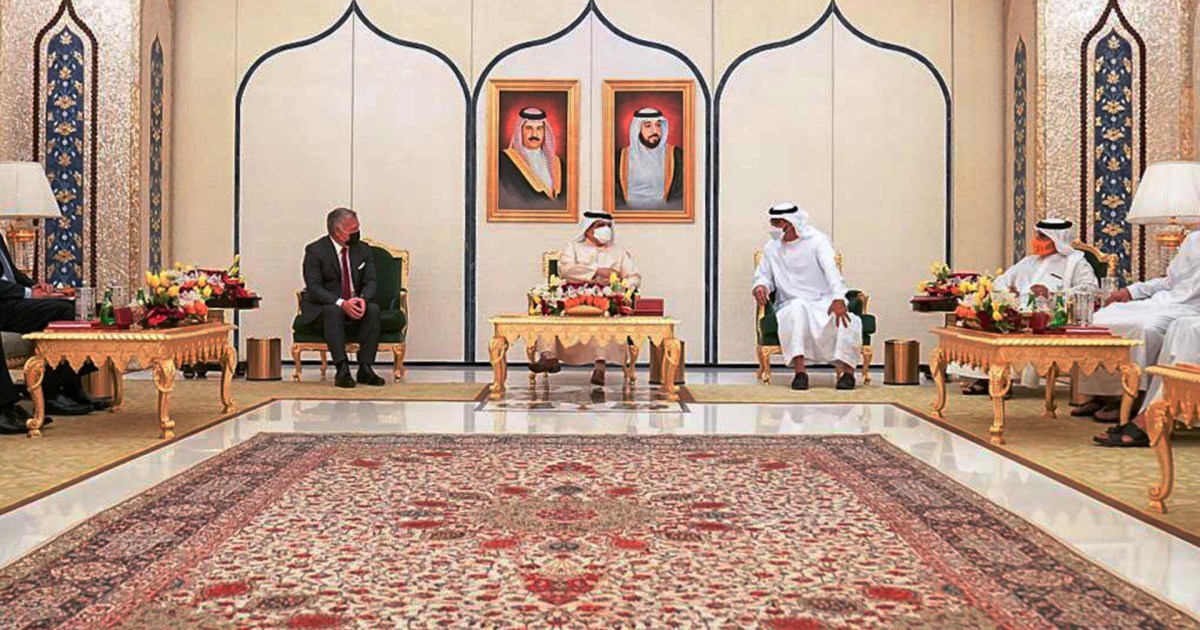 A tripartite Arab summit that brought together the leaders of Jordan, Bahrain and the Emirates - in Abu Dhabi, today, Wednesday - discussed developments in the Palestinian issue and regional and international developments.

The Kings of Jordan, Abdullah II and Bahrain, Hamad bin Isa, and the Crown Prince of the Emirates, Mohammed bin Zayed, held a meeting at the invitation of the latter in Abu Dhabi, according to a statement by the Jordanian royal court.

The statement stated that the tripartite summit discussed the latest regional and international developments, foremost of which is the Palestinian issue.

During the meeting, they discussed the necessity of achieving a just and comprehensive peace based on the two-state solution that would guarantee the establishment of an independent, sovereign and viable Palestinian state on the June 4, 1967 lines, with East Jerusalem as its capital.

The summit also discussed the relations of the three countries and ways to raise them to the highest levels, in order to achieve their common interests.

The three leaders stressed the importance of continuing coordination and consultation between their countries on various issues of common interest, in the service of Arab causes.

The tripartite summit comes about two months after the UAE and Bahrain signed two agreements to normalize relations with Israel, to join Egypt, which normalized its relationship with Tel Aviv in 1979 and Jordan in 1994.

Last October, the transitional government in Sudan announced its agreement to normalize relations with Israel, according to the official news agency.

The tripartite summit coincides with the arrival of Bahrain's foreign minister, Abdul Latif Al-Zayani, to Israel today, on his first visit since the signing of the declaration of normalization of relations between the two countries.