In the Life Only program, Mariska talks about the treatment she believes has contributed to getting pregnant. 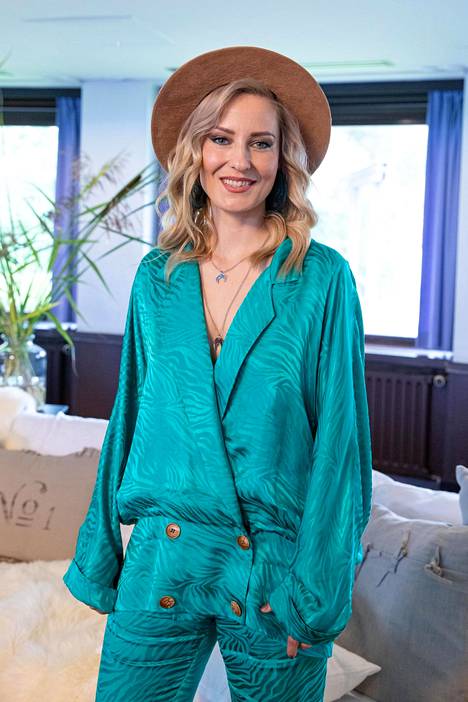 Next Friday, Singer Mariska's Day will be celebrated in the Life Only program.

Mariska, real name Anna Rahikainen, opens the backgrounds of her own hits to other artists and also opens up about the infertility she has experienced before.

Mariska is the mother of a small child, but in the past relied on the knowledge that she could not have a child.

In the program, she explains where she herself believed she eventually got help with infertility.

- I was told that I can not get a child, so I've lived my whole life henceforth.

I have lived long youth.

It then ended at the point when I was 36 and I noticed that the doctors had lied, Mariska opens up.

The musician suspects he gets a lot of dirt on his neck, but is determined to tell his story to give hope to others suffering from infertility.

- I got a lot of help from acupuncture.

The percentage of those results is quite shocking at how much of it can get infertility help.

Just a tip for anyone who tries that maybe the stone should be turned, Mariska explains.

Acupuncture is an ancient Chinese method of treatment in which the patient is injected with needles at well-defined points.

It has been used in Western countries for pain relief, among other things.

For example, according to the Infertility Clinic Dextra, research findings on the effectiveness of acupuncture in treating infertility are conflicting.

Mariska said in a recent interview with Anna magazine that she was calm about the surprise pregnancy.

- It was insane but at the same time very natural.

Things happen as they should.

We don’t have to expect anything from life, it doesn’t owe us anything.

Everything you get is a bonus, a gift, Mariska told the magazine.

Mariska is known as a singer and songwriter. Photo: Joonas Salo / IS

Mariska was known in the first decade of the 21st century as a rap artist.

Since then, his musical style has changed and he has started lyricizing songs for others.

Mariska has written hit songs by Jenni Vartiainen and Anna Puu, among others.

Only life on Fridays at 8pm on Nelonen and Ruudu.

Nelonen and Ilta-Sanomat are the same Sanoma Group.