France: the controversial law on "global security" before the National Assembly

The bill called "global security", brought by members of the majority La République en Marche (LaRem), is being debated this Tuesday, November 17 before the National Assembly. This text should ... 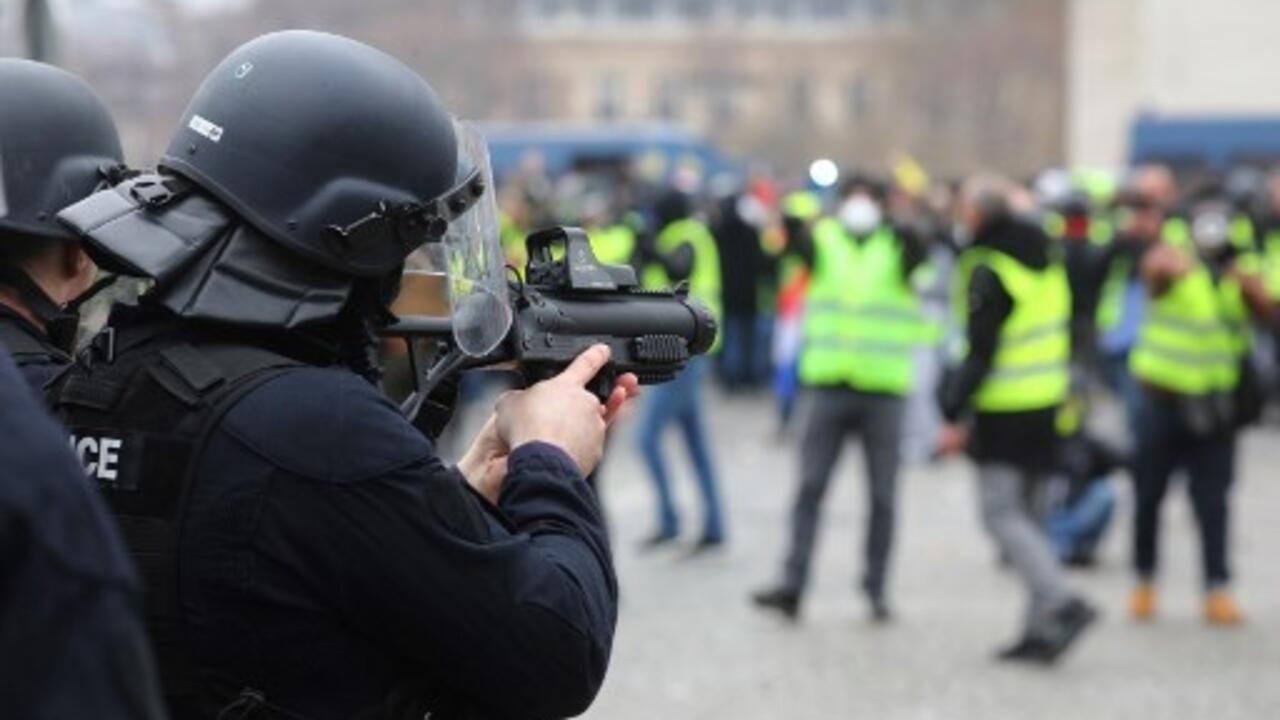 France: the controversial law on "global security" before the National Assembly

Twenty-five cases of eye injuries by LBD were identified in 2018, the year of the start of the “yellow vests” crisis.

The bill called "global security", brought by members of the majority La République en Marche (LaRem), is being debated this Tuesday, November 17 before the National Assembly.

This text should strengthen the protection of police and gendarmes in the field.

Article 24 of this text will undoubtedly be at the heart of these debates.

He plans to ban on social networks the dissemination of videos showing the police in full intervention on the public highway.

The objective for the Minister of the Interior is to limit the malicious dissemination of the image of the police in order to protect them.

Gérard Darmanin wishes to go further by including in the text the blurring of the faces of the police.

But image professionals and journalists are up against this measure, they fear that the blurring rule will ultimately lead to the censorship of all images showing police abuse.

Several associations, such as the League of Human Rights invoke the right to inform and to be informed.

For them, the police must act under the surveillance of citizens, in front of cell phones and cameras.

This protective text also provides for limiting the reduction of sentences for those guilty of offenses against the internal security forces but also against firefighters and elected officials.

This text should therefore strengthen the protection of police and gendarmes in the field, in particular with a provision aimed at strengthening the use of drones to film during demonstrations.

Jean-Marie Burguburu, president of the CNCDH, warns against the use of drones.

The surveillance which comes from the sky, and which is very precise since it can arrive with the very powerful objectives currently of seeing even details and faces, shows clearly that this new surveillance would be made easy and legal by this bill.

This once again seems dangerous with regard to fundamental rights.

Jean-Marie Burguburu, President of the CNCDH

A law hailed by the police

For their part, the police consider this measure necessary to ensure their

had called him their wishes following in particular the

(in the Yvelines) where a couple of police officers had been murdered at his home.

"Yellow vests": how justice slows down complaints against the police