With your own choices, there is a good chance of postponing the onset of memory disorders to later years. For example, low-grade inflammation of the body appears to be involved in the pathogenesis of Alzheimer's disease at a very early stage. 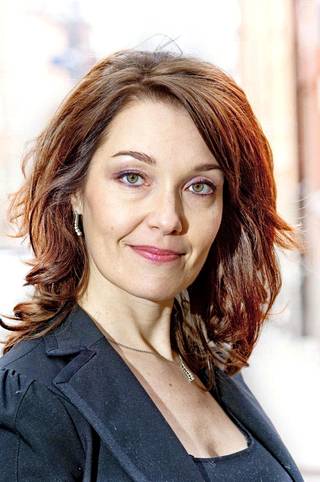 The brain is often the weakest link in aging, but the positive side is that their health and function can be greatly affected, says Miia Kivipelto, professor of geriatrics at the Karolinska Institutet in Stockholm and the University of Eastern Finland.

- It is true that in today's society, the brain is more strained than before.

On the other hand, the good thing is that there has been a tremendous amount of new knowledge about Alzheimer’s disease and the prevention of memory disorders in recent years, the professor says.

Miia Kivipelto is an internationally acclaimed researcher of memory disorders who leads the FINGER research project coordinated by the Department of Health and Welfare.

The study is the most comprehensive study to date on how memory diseases can be prevented, and was the first in the world to show that a lifestyle program can improve the cognitive function of older people and slow memory decline.

When Kivipelto began researching memory disorders 20 years ago, all that was known was that age and genes contributed to the disease.

There has been a huge amount of new information about Alzheimer's disease and the prevention of memory disorders in recent years, says Miia Kivipelto, a professor of geriatrics.

- The perception of Alzheimer's disease was very fatalistic at the time.

Gradually, over the years, other lifestyle-related factors contributing to the disease have also been identified, and this package has grown all the time.

Kivipelto says that according to a recent analysis last summer, at the population level, up to 40 percent of Alzheimer’s cases can be linked to lifestyle and treatable risk factors.

In addition, new factors such as social isolation and depression, hearing loss, and air pollution were also examined.

It is a very different thing to get Alzheimer’s over the age of 80 than even at the age of 65.

The professor points out that, of course, not all environmental factors can be completely influenced by oneself.

Age is still the main risk factor for Alzheimer’s disease, and at the individual level one can never know how much genes are affected.

However, the FINGER study has shown that, although illness could not be completely avoided, one's own choices have a good chance of postponing the onset of memory disorders to later years.

- It is already a great achievement if the onset of the disease could be postponed.

It is a very different thing to get Alzheimer’s over the age of 80 than even at the age of 65.

This is how lifestyles affect the brain

So why are lifestyles such an effective tool?

- It is precisely these mechanisms of action that are now being studied more.

Alzheimer's disease is a very complex disease, and therefore the possibilities are many, Kivipelto replies.

One known main mechanism is that a healthy lifestyle keeps blood vessels healthy.

- Blood pressure, cholesterol and diabetes also impair the condition of the blood vessels in the brain.

This can lead to nerve cell death and memory impairment.

Low-grade inflammation of the body appears to be involved in the pathogenesis of Alzheimer's disease at a very early stage.

The mechanism of inflammation has also been extensively studied.

- Low-grade inflammation of the body, increased, for example, by an unhealthy diet, seems to be involved in the onset of Alzheimer's disease at a very early stage.

Traditionally, an increase in brain amyloid deposits has also been associated with the onset of Alzheimer's disease.

- In the disease, beta-amyloid and tau proteins begin to accumulate in the brain.

Some Alzheimer’s risk factors, such as type 2 diabetes, have a direct link to these proteins.

An active lifestyle - using the brain and moving and avoiding sitting - can also increase the reserve capacity of the brain.

- It means that the network of nerve cells is richer, which makes the brain seem more resistant to the changes associated with aging and Alzheimer's.

Take care of your brain health when you are young

Many will not think that the process leading to Alzheimer’s disease often begins 20 or even 30 years before the diagnosis is made.

Indeed, Kivipelto says that it is never too early to start preventing memory disease.

By middle age at the latest, it’s good to do a check on your lifestyle and take care of yourself.

Ideally, lifestyles become healthy from an early age, because then they often stay that way.

- It is really important to take care of brain health at every age.

By the middle age, at the age of 50, it is good to do a check on your lifestyle and take care of yourself: check your blood pressure and other values.

The professor also emphasizes that something can be done at every stage of life.

- Our research has shown that by correcting lifestyles, one's own ability to function and quality of life can be improved even then, even if there is already a mild memory disorder or memory disease.

To that extent, it is never too late to fix lifestyles.

2. Keep in touch with others

5. Take care of the heart