Does a thick wallet help with coronary vaccine availability? Experts are responsible

Vaccine distribution policies are affected by, for example, availability and programs approved by different countries. 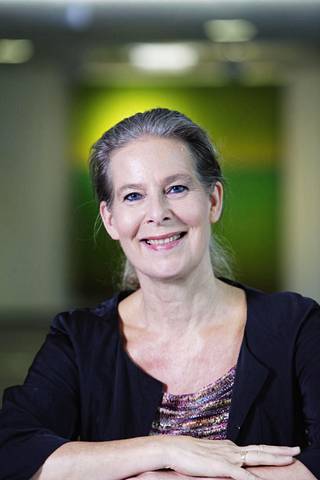 Recent news of the possible introduction of coronary vaccines as early as next year quickly sparked an international debate on vaccine distribution policy.

The pharmaceutical companies responsible for the development, Pfizer and Biontech, have promised more than 90% protection against covid-19 disease caused by the coronavirus, but who will be the first in Finland to use the vaccines?

And could access be facilitated by a thick wallet or social status?

THL's chief physician Hanna Nohynek considers an asset-based distribution unlikely, because in Finland, at least from the beginning of 2021, private sector actors will not be responsible for the arrangements, but the state.

- In the first wave, doses will be made available to states, and states will make their own vaccination strategies based on values ​​and goals.

The SAA concludes the agreements on the basis of EU preliminary agreements negotiated by the Commission.

The order of vaccination will be regulated by the Infectious Diseases Act.

Mika Rämet, Director of the Vaccine Research Center at the University of Tampere, follows the same lines.

- In Finland, in principle, the National Vaccination Expert Group (KRAR) makes a presentation on the operating model, and there are completely different things in the horizontal cup than social status or wealth.

For example, MPs or business leaders only get to the top of the queue if they belong to a risk group due to their age or health.

According to THL Nohynek, the criteria for the availability of vaccines can be expected to increase and become more variable as more companies gain access to the market.

Some companies that later receive marketing authorizations, like Pfizer and Biotech, may not distribute their vaccines through the states.

- When sales licenses start to come, the supply will certainly increase, Nohynek says.

- Initially, availability is certainly a limiting factor due to scarcity, and medical reasons weigh the most.

When there is enough availability, surely the rules of the game can also be different.

However, there are many bugs on the way, Rämet adds.

Priority will be given to risk groups and social and health care workers. Photo: Mara Leppä / IS

Nohynek says there are currently a total of 58 vaccine candidates in clinical trials.

In addition to Pfizer and Biotech, the pharmaceutical companies AstraZeneca, Moderna and Johnson & Johnson, among others, are at a long stage of development.

Although the distribution of vaccines in Finland is planned to be medical-based, at least for the first vaccines, according to the EU's wishes, the decision-making power on health care in the final games is in the hands of the member states.

"The EU cannot prescribe a specific vaccine program, and each country has its own vaccine strategy," says Nohynek.

However, it is not yet known that any EU Member State has planned non-medical vaccine distribution.

According to Nohynek, at this stage it is difficult to say whether a country could provide vaccines according to its solvency, contrary to EU recommendations.

Globally, Pfizer and Biotech estimate that they will deliver 50 million vaccine doses this year and 1.3 billion in 2021.

In addition to the EU, the companies have agreed to deliver to the United States, Britain, Canada and Japan.

Outside the EU, for example, the UK has planned an age-based vaccination schedule in September, according to Nohynek.

Only when 65-year-olds have been vaccinated will separate risk factors be considered in the vaccination criteria.

- They think it is very easy for the program that everyone knows their own age.

Few know what all the medical risks are.

Canada has a very similar approach.

When the availability of the vaccine is sufficient, the rules of the game can certainly be different, says Mika Rämet, Director of the Vaccine Research Center of the University of Tampere. Photo: Reijo Hietanen

In the United States, for example, local authorities have discussed, for example, how to ensure the availability of vaccines for minority groups who live closely and work in service professions.

The World Health Organization (WHO) has recommended the first vaccines to be given to the elderly, who are at the highest risk of illness and death, and to social and health workers.

- According to STM's pages, Sote people are also the first to be vaccinated.

If they do outpatient work, they are at constant risk of infection.

If, on the other hand, they work in a long-term care facility, they are at risk for nursing homes, Nohynek says.

According to Nohynek, the distribution policy based on purely medical reasons was also followed in the 2009 swine flu vaccines.

At that time, vaccine decisions that violated a government decree led to complaints to the Ombudsman.

The city of Lahti, for example, which vaccinated its city orchestra before risk groups, got into trouble.

Nohynek previously told Ilta-Sanomat that within the EU, member states will receive their share of Pfizer and Biotech vaccines in proportion to the population.

Finland's share of vaccines is thus about 1.23 per cent.