In a severe disease caused by corona, the respiratory muscles are hard. The professor will tell you how you can practice them. 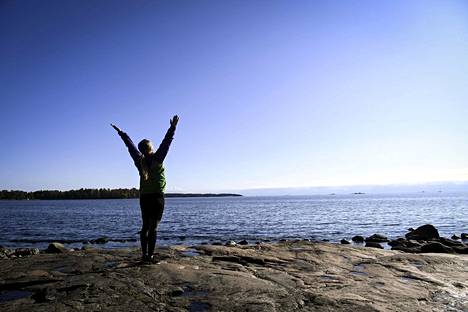 The respiratory muscles can be trained like any other muscle, and an American study suggests that exercising them may protect against severe disease caused by the corona.

Helsingin Sanomat was the first to report on the matter.

- According to American researchers, five days of training the respiratory muscles will have beneficial effects.

The study was performed with a device that breathes against resistance.

- Back pressure breathing is a bit of the same thing for the respiratory muscles as lifting dumbbells for the upper limb muscles, Sovijärvi compares.

- Inhalation trains the diaphragm muscle, and in exhalation, the intercostal muscles recover and their strength increases.

This is how training works

The beneficial effect on coronary patients is due to the fact that in a severe disease caused by corona, the respiratory muscles are hard.

The better the condition of the muscles, the easier it is for the patient to breathe on their own in severe pneumonia.

- The forces do not run out, so you are not so sensitive to oxygen therapy or, at worst, intensive care.

Exercising the respiratory muscles also makes more effective use of lung gas exchange, which transmits oxygen to the bloodstream.

- In this disease, the oxygen content of the blood tends to decrease rapidly.

By exercising the respiratory muscles, the gas exchange in the lungs, which transmits oxygen to the bloodstream, is used more efficiently. Photo: Emmi Korhonen / Lehtikuva

Can also speed up recovery

According to a Chinese study, exercising the respiratory muscles can also accelerate recovery from coronary lung disease.

- A well-conducted study showed that by the time the worst active inflammation was over, lung function improved significantly more and faster in those patients who received respiratory rehabilitation.

The professor says that even a healthy person has areas in the lungs that are not properly involved in gas exchange if inhaled for a long time very superficially.

- This is especially true if you do not exercise.

Vigorous aerobic exercise, in which you have to breathe deeply, opens the airways, which improves gas exchange.

The internship is especially beneficial for people at risk

Sovijärvi recommends training the respiratory muscles in one way or another, especially if you have a chronic lung disease, such as COPD or asthma, or are obese.

- In waist obesity, the diaphragm becomes hard as the pressure in the abdominal cavity increases, and therefore strengthening the diaphragm muscle is an advantage.

Training is also particularly beneficial for the elderly, who are otherwise at higher risk for coronary heart disease.

Here's how to train your breathing muscles:

1. Blow into the bottle

An easy effective way to exercise your breathing muscles is back pressure breathing, which is accomplished at home by blowing a hose into a water bottle.

Put a plastic hose (about a centimeter in diameter) in a bottle with about 10 centimeters of water at the bottom.

The end of the hose should be below the water surface.

When you blow, back pressure is created.

Make a series of 10 blows 2-3 times a day, and change the water every time.

If you cannot find suitable equipment at home, you can also buy a blow bottle and hose from a pharmacy.

An easy way to exercise the breathing muscles is back pressure breathing. Photo: Seppo Solmela / IS

2. Use a back-pressure respirator

If you want to use a blower bottle as a more efficient means, the Finnish invention of the back pressure respirator WellO2 exercises not only exhaled muscles but also inhaled muscles.

- It exercises the respiratory muscles efficiently and in many ways, and improves the defense mechanisms of the mucous membranes with the help of warm steam, says Anssi Sovijärvi, who has acted as a medical expert in the development of WellO2.

Any exercise where you breathe and have to breathe deeply and vigorously will also train your breathing muscles.

It opens even the smallest clumps in the lungs, improving gas exchange.

Yoga and other sports that pay attention to breathing are recommended.Photo: Marja Airio / Lehtikuva

Yoga, pilates, and other sports that pay attention to breathing and breathe deeply and vigorously are recommended.

The singer's lungs are in heavy use. Photo: Sari Gustafsson / Lehtikuva

Singing strengthens the respiratory muscles surprisingly much, as the singer’s lungs are in heavy use.

Quitting smoking does not actually exercise the respiratory muscles, but does significantly improve the condition of the respiratory system when, for example, the development of COPD stops.

- During the corona period, a particularly good reason to quit is that smoking weakens the defense mechanisms of the mucous membranes, which facilitates the entry of viruses into the body.