Tuukka Ritokoski and Joonas Vuorella reflect on their different life situations in the new podcast.Friends familiar from the radio Tuukka Ritokoski and Joonas Vuorela recently made a new takeover and founded the The Boys podcast. According to the duo, the podcast will discuss not only everyday things, but also the phenomena of the gaming world, as console gaming is a common beloved hobby of men. You can listen to the latest podcast episode of Ritokoski and Vuorela from the player above. In th 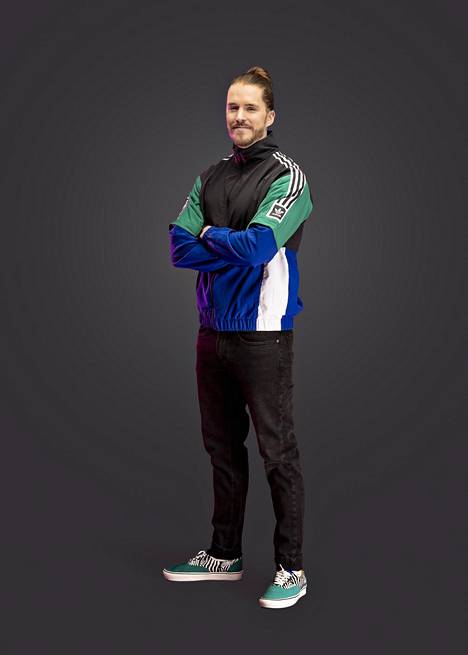 Friends familiar from the radio Tuukka Ritokoski and Joonas Vuorela recently made a new takeover and founded the The Boys podcast.

According to the duo, the podcast will discuss not only everyday things, but also the phenomena of the gaming world, as console gaming is a common beloved hobby of men.

In the first episode of the podcast, which was released on Wednesday, Ritokoski, who is familiar with Radio Suomipop's Morning Milk, and Vuorela, who hosts HitMix's morning program, discuss how their lives differ from each other today.

Where Vuorela is a married father of two, Ritokoski still spends her boyhood.

When Ritokoski and Vuorela met each other in 2014, their lives were relatively similar.

Over the years, however, things have changed and Vuorela says in the podcast that he sometimes envies Ritokoski's freer lifestyle.

However, Vuorela is particularly interested in knowing whether the feeling is perhaps mutual.

- One morning we were sent from here by the dune.

Had been to the gym and had been eating.

We were in that parking garage at the same time and you said you whispered to me that greetings back home and I threw you in the back to tell you, Vuorela recalls.

- You lost me with the look I had hit a dagger.

Because you have no one there at home to whom to say greetings.

When I truly envy the sun life in between.

You will never have envy or longing for my moments, Vuorela inquires from Ritokoski.

- There can be no longing when I have never experienced it.

The answer to that question is yes.

Yes, it would be nice sometimes if there was someone stretching at home, Ritokoski admits.

However, 27-year-old Ritokoski emphasizes to Vuorela that even though he admits that he dreams of a family, he would not yet be ready to settle in his fields.

- If at some point in the past I didn't know if I wanted children or maybe sometimes in many years' time, then little by little I would start raising my head in such a way that it could be just a pin thing, Ritokoski reflects in the podcast.

- I have to say, I wouldn't be ready for that project yet, which you have.

But I realize it is coming sometime in the near future.

Or hopefully it’s coming at some point, I’m looking forward to it.

But I realize that now is a good time with them boys and it should not be wasted, Ritokoski throws.

Tuukka Ritokoski is one of the three presenters of the popular Morning Milk. Photo: Joonas Salo

Tuukka Ritokoski has been an integral part of Morning Milking since February 2019. He jumped into the broadcasts after Juha Perälä left the program.

However, Ritokoski has worked on Nelonen Media radios for six years.

Over the years, Ritokoski has also received a lot of admiring messages.

For example, in the Jodel messaging service, which is popular with young people, Ritokoski has its own fan base, which actively communicates the “beauty of support” to the service.

Ritokoski himself has said that he is confused and disbelieving about the situation.

- I have had to get used to how much people put feedback and nowadays most of the feedback is positive.

This just feels weird when you are not used to this, Ritokoski told IS in March 2020.