The lawyer was shot and killed in the street and in broad daylight. A year and a half ago, the late Siham Sergewa known internationally also for his role in the Arab springs 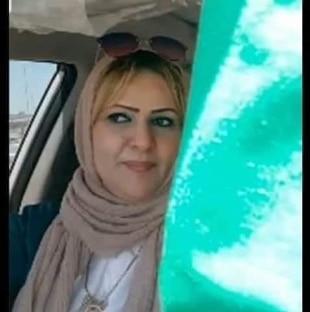 A death that occurred after the criticisms of Al-Barasi, to the son of General Khalifa Haftar and the Minister of the Interior of the government based in the east of the country.

The news comes from the Lybia Observer.

Al-Barassi had denounced "corruption, abuse of power and violations of human rights".

"His tragic death - reads a statement released in the last few hours - is proof of the threats that Libyan women who dare to speak with" and reminds "Libyans in positions of responsibility that they must put aside their differences. "and arrive" rapidly at an inclusive solution "to restore" justice "to the country in chaos since 2011 and put an end to" the prevailing climate of impunity ".

, "taking note of the decision of the competent authorities in the East to launch a rapid and thorough investigation". He also condemns the US embassy in Libya: "We are seriously concerned and we are closely following media reports on the lawyer Hanan Al-Barassi, who actively tried to fight corruption in Libya, murdered in Benghazi ".

The US embassy in Libya writes in a note, underlining that "it should not be tolerated to silence the voices of peaceful activists" and "reiterating the strong commitment of the US to allow all Libyans, including women and young people, to have a voice in the future of their country ".

"As Libyans from across the political spectrum gather in Tunis, this blatant killing underscores the importance of establishing a government that is accountable to the Libyan people rather than allowing corruption and brute force to dictate Libya's future."

Let there then be an investigation by the Libyan authorities into this murder.

Again in the note from the US embassy, ​​"clarity and concern are expressed over reports that airline passengers traveling from Benghazi to Tripoli were illegally detained after arriving on one of the first commercial flights restored by the East and the West of the country. On the eve of a political solution to the conflict in Libya, the time for the disappearance and killings of civilians must now end ", concludes the statement.

Who was Hanan Al Barassi

Hanan was a well-known lawyer in Libya, so much so that she was nicknamed "Azouz barqua" or, the lady of Cyrenaica.

His battle for human rights, especially in the area controlled by Haftar, also passed through social media.

Al Barassi had accused corruption and embezzlement of officials of the administration parallel to that of Tunis.

Hanan had given a voice to women victims of family violence, posting the video of complaints circulating in Libya.

murder takes place a year and a half after the disappearance of another woman Siham Sergewa, a deputy and activist in the eastern Libyan area.

Her name stood out among others for her role in northern Libya and during the Libyan springs Sergewa was beaten and kidnapped by an armed commando who also hit her husband and fractured his legs.