Death of Elisa Pilarski: “Curtis is innocent. He would never have killed Elisa ”, according to his companion

Elisa Pilarski's companion, killed by one or more dogs in the Aisne a year ago, defends his dog, accused of being responsible for the death 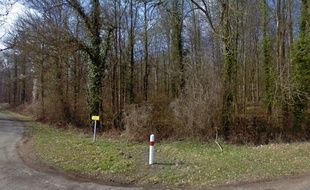 The wood of Retz, in the Aisne, where the tragedy took place.

He would never have killed Elisa ”: the companion of Elisa Pilarski took up, this Tuesday, the defense of his dog, however designated by DNA tests as being responsible for the death of the young pregnant woman, in November 2019, in a forest in the Aisne.

Speaking for the first time at a press conference in Bordeaux, alongside his lawyer, Christophe Ellul assured that his dog had "entered France in good standing with a European passport, with all its vaccines" and no had "never been aggressive towards me, towards Elisa, towards children".

"He was not aggressive"

"Curtis has never been mean, he loved Elisa, he was not aggressive," he insisted, even assuring that the young woman, found dead in a forest in the Aisne, "had a merger with him because she had fallen in love ”.

Last week, the prosecution said that the expertises tended "to demonstrate the exclusive involvement of the dog Curtis in the bites that led to the death" of the young woman, found dead near a hunt with hounds.

According to the prosecution, the animal, an "American Pitbull Terrier, from a breeding in the Netherlands and illegally introduced into France by its purchaser", "was the subject of biting training, a form of learning. prohibited in France and which may be the result of acts of animal abuse ”, and“ such as to abolish any capacity for control or discernment ”in animals.

But according to Christophe Ellul, "Curtis never took a bite".

Elisa Pilarski, aged 29 and pregnant, was found dead in the forest of Retz.

According to the autopsy, the cause of death was "a hemorrhage following several bites".

To identify the responsible animal (s), genetic samples were taken from 67 dogs: the five American Staffordshires of Elisa Pilarski and Christophe Ellul, and 62 others from the Rallye La Passion association, organizer of the hunt with hounds.

A dog still in the pound, a gendarme who resigns… We take stock of the investigation concerning a woman killed by dogs

Why does justice have to call on a private lab (very expensive) to analyze the DNA of dogs?