Biden hopes for settlement of trade disputes, but experts say it is not worth lulling on the basis of optimism alone in Europe

Friction of trade relations could be caused by the carbon tariff mechanism envisaged by the EU and a possible digital tax. 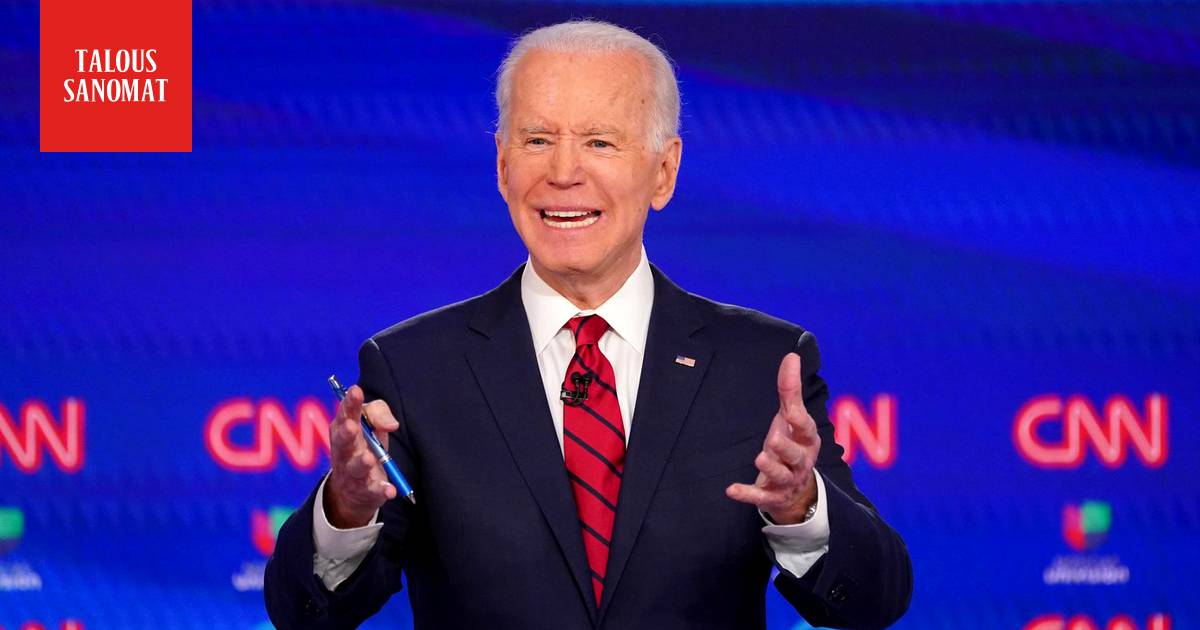 In the United States, the rise of Democrat Joe Biden to the next president will bring a positive buzz to transatlantic trade relations, but will not guarantee a steady path.

Rem Korteweg, a senior researcher at the Dutch Foreign Policy Institute in Clingendael, warns that there is a possibility of disappointment if Europe does not properly understand the pressures that Biden faces on its home front in terms of international trade.

However, Korteweg, interviewed by STT, describes Biden as a fan of the European Union.

A clear change in attitudes compared to current President Donald Trump is expected.

Hanna Laurén, Director of Trade Policy at the Confederation of Finnish Industries, estimates that Biden shares a common values ​​with the EU in a certain way, for example as a supporter of a low-carbon industry and a supporter of the development of the World Trade Organization.

As has already been highlighted in many assessments, Biden is expected to steer the United States back toward multilateral international cooperation.

- Biden has promised to come to all the tables that Trump left like an annoying child, banging on doors, Laurén tells STT.

"Tariff fencing" will continue for at least another moment

The EU has imposed new import duties on US products this week as part of a trade dispute over state aid to aircraft manufacturers Boeing and Airbus.

The United States and the EU have been arguing about this for years.

Valdis Dombrovskis, Vice-President of the Commission in charge of EU Trade Relations, emphasized in connection with the imposition of new import duties that the EU was ready to abolish them as soon as the United States renounced its own.

Behind it is the desire to get a better position at the negotiating table once the abolition of import duties is discussed at some point.

However, there will be no immediate dismantling of tariffs, and Laurén points out that President Trump still has time to throw sticks into his stroller.

- Tariff fencing will continue until the end of this year in one way or another.

The United States has put its own, and it will not back down from them.

Laurén encourages Finnish companies operating in the US market and looking at it to be active at the beginning of the new presidency.

The same really applies to the whole of the EU.

- You can't expect official fanfare to come from there, or announce that this is our position, take it.

Here you have to be active in looking for all common denominators and opportunities, Laurén says.

A pandemic turns its gaze inward

However, the transatlantic trade relationship should not be looked through through pink glasses, but kept head cold.

While not the loud proponent of protectionism familiar from the Trump period is to be expected, it is likely that the United States will want to focus first on supporting its own industry and businesses, especially in the aftermath of a pandemic.

On the other hand, the pandemic has also forced Europe to look inwards in order to resolve the economic crisis caused by the pandemic.

According to Korteweg, trade relations could create friction with the carbon tariff mechanism envisaged by the EU and a possible digital tax.

The latter in particular can be a real headache, he said.

From the United States' point of view, an EU digital tax would unfairly damage US digital waste.