Human Resources: Sick leave without pay during the probationary period

The Ministry of Human Resources and Emiratisation affirmed that new private sector workers and employees are not entitled to obtain annual leave during the first six months of taking up the job, while they may be entitled to sick leave during the (probation period) provided that it is unpaid. 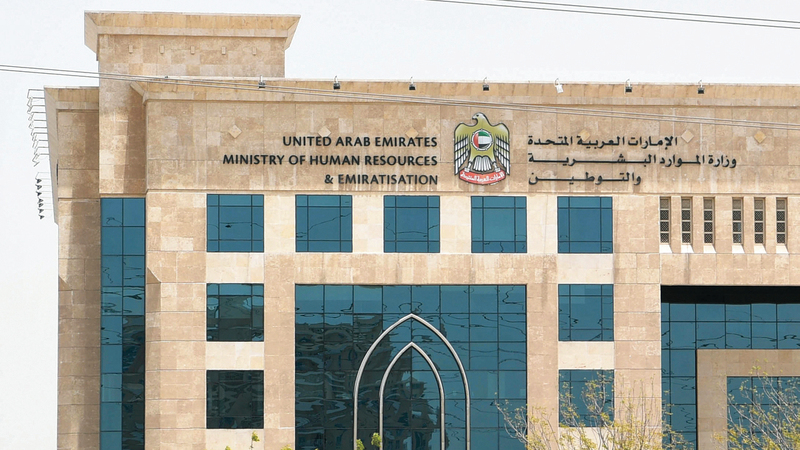 Two days a month, the employee's vacation after 6 months of employment

Human Resources: Sick leave without pay during the probationary period

The Ministry launched a pilot campaign to educate workers about their rights.

The Ministry of Human Resources and Emiratisation confirmed that new private sector workers and employees are not entitled to annual leave during the first six months of taking up the job, while they may be entitled to sick leave during (the trial period), provided that it is unpaid.

She explained that the new worker is entitled to a leave at a rate of two days per month after spending the first six months of taking over the job, while during each year of his service he is granted an annual leave of 30 days, if his service period exceeds one year.

In detail, the Ministry stated that Friday is the normal weekly rest day for all private sector workers, with the exception of day laborers, pointing out that if work conditions require the worker to be employed on this day, he must be compensated for another day of rest, or pay him for work on that day. , Plus at least 25% of his basic wage.

In an informative campaign that it recently launched on its official pages on social media platforms, the Ministry clarified that workers are aware of their rights and leave during the probationary periods, that no establishment may employ a worker for more than two consecutive Fridays, with the exception of the day-to-day work, as well as workers who make up the crews of marine vessels, and those who work At sea and they enjoy special conditions of service due to the nature of their work (except for port workers involved in loading and unloading and related matters), in addition to persons who occupy high positions with responsibility in management and direction if these positions would enable their occupants to enjoy the powers of the employer over the workers.

The Ministry responded to a number of questions that follow its pages on social media platforms, including a question for a worker in which he says: “If a leave is requested, does the sponsor have the right to refuse it or postpone it?” It confirmed that the employer has the right to set the date for the start of the annual leave, and he may divide it when necessary Up to two periods at most, and in all cases a worker may not be employed during his annual leave more than once during two consecutive years.

She answered a second question for a worker in which he says: “If the six-month trial period is completed, are two days off for this period counted as part of the annual leave or not?” She answered that the probation period of up to six months is counted, and the worker is entitled to leave Annual if completed the first year.

In the event that the probationary period has expired, the employee who suffers from illness shall be entitled to a paid sick leave of no more than 90 days, including 15 days with full pay and 30 days with half pay, provided that the period exceeding 45 days is without pay.

The Ministry indicated that the worker is entitled to receive his basic wage in full, plus the housing allowance (if he gets it in the work contract) for the days of annual leave, and if the work conditions require the worker to be employed during all or part of his annual leave, and the leave period that he worked has not been carried over During the course of the next year, the employer must pay him his wages in addition to a leave allowance for his work days equal to his basic wage, and in all cases the worker may not be employed during his annual leave more than once during two consecutive years.

And she said: “The annual vacation period is included in the legally or agreed-upon vacation days, or any other periods due to illness if this leave is interrupted, and it is considered a part of it, while the worker is entitled to his wage for the annual leave that he did not take if he left work, or if he was fired from Work », referring to the necessity for the employer to pay the wage for the annual leave before the worker goes to spend his leave.

"An employee who suffers from an illness is entitled to a paid leave, of a period not exceeding 90 days."