If Norwegian were to collapse, the bag of Finland could remain in Finnair's possession, at least for some time, writes Katja Okkonen, a producer at Taloussanomat. 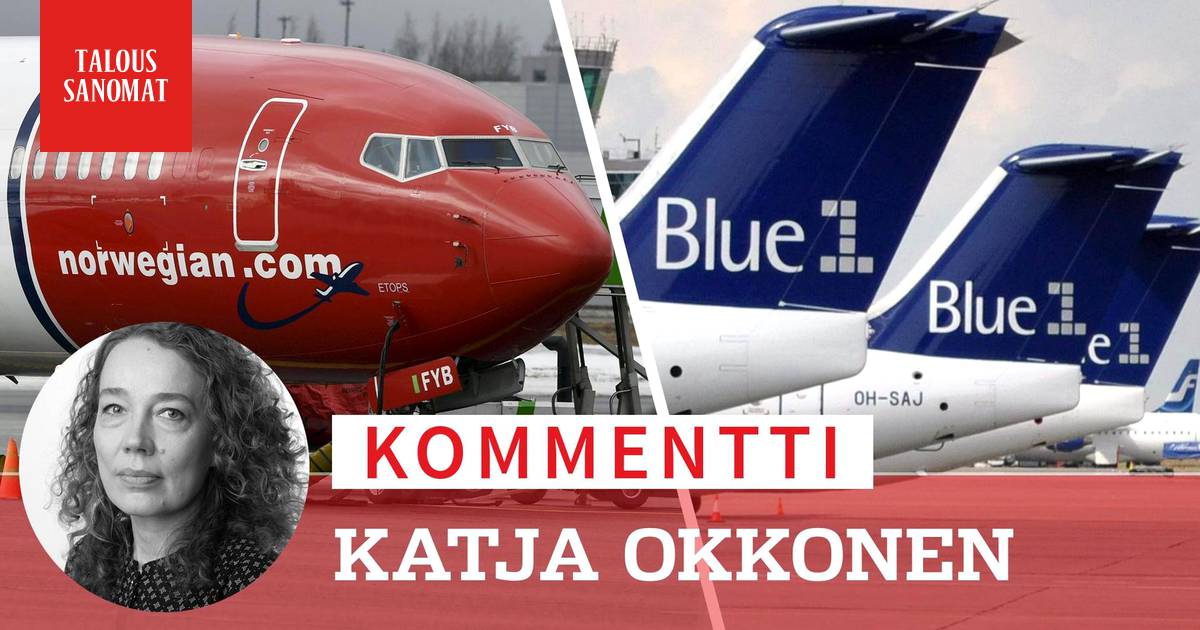 The bankruptcy of the airline Norwegian has been postponed for a couple of years now, but those bets have been premature.

The Norwegian state announced today that it no longer intends to provide the company with the financial support it wants.

Norwegian CEO Jacob Schram described the decision as a blow to his diaphragm, and did not rule out the possibility of bankruptcy.

In the past, the company has reported its cash position sufficiently until the beginning of next year.

If bankruptcy were to occur, it would probably mean a smaller supply and higher prices for a Finnish passenger.

Norwegian has flown from Finland to numerous destinations in Europe, which has been a good thing for Finnish consumers.

Norwegian has also got to Oulu, for example.

It has brought significant competition to the Finnish market.

The corona pandemic is a crisis of this magnitude for all air transport that the competitive situation may be completely new after that.

Which companies are left, and will some new companies fill the vacancies?

Airlines around the world have had to ask for state help, and many have.

Keeping a national airline alive when felt important in many countries.

Professor Jorma Mäntynen, an aviation expert at the WSP consulting company, said already in the spring that the airlines that would be helped by the states would remain.

Mäntynen said that the era of cheap airline tickets could end in an interest rate crisis.

No one yet knows whether the corner of Finland will in practice be taken over by Finnair when the crisis is overcome.

However, it is very possible and likely that if Norwegian crashes, another company will sooner or later replace it.

It hasn't been so long since there was a viable option called Blue1 in Finland.

It was a Finnish subsidiary of the Nordic airline SAS.

It initially flew feeder traffic on SAS flights, but later expanded to Central and Southern Europe and many tourist destinations.

Operations contracted in the 2010s, and in 2015 the company was sold to Cityjet in Ireland.

At that time, Norwegian began to gain a foothold in Finland.