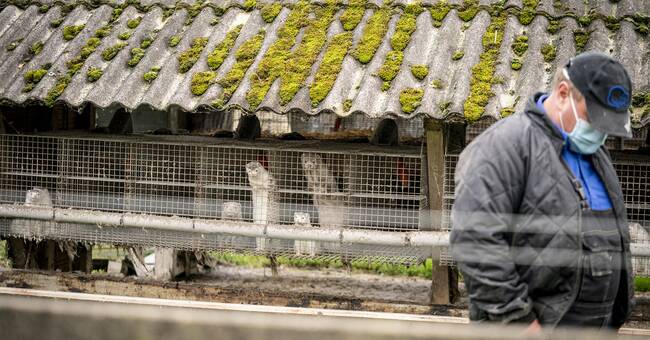 Seven municipalities in North Jutland in Denmark have introduced severe travel restrictions since a mutated version of the coronavirus was spread from mink to humans.

On Wednesday, the Danish Prime Minister decided that all minks in the country, around 17 million, should be killed.

The Danish Public Health Agency now announces that significantly more people than previously thought have been infected by the mutated virus.

In total, the mink infection has been found in 214 people.

14 of them outside North Jutland.

According to the authority, the mutated virus, called cluster 5, has shown signs of being less sensitive to antibodies compared to non-mutated virus, which could mean that a vaccine could be less effective against the new infection.

To date, five different groups of mink infections have been found in Denmark, clusters 1-5, of which cluster 5 seems to be the most common.

"No more dangerous than other viruses"

However, the Danish public health authority urges Danes to calm down.

“As a citizen, you do not have to worry.

The mutated virus is no more dangerous than other viruses or more contagious.

But if it is spread in Denmark or internationally, it could potentially have serious consequences for the protective effect of the upcoming vaccines ", the authority writes in a press release.