Almost every one of Finland's best-known TV presenters grabbed quite a plush income.Numerous presenter stars are shown on TV screens every week, which entertains Finns in various programs. Top presenters also often have top incomes, as confirmed by new tax data. Namely, several host stars earned more than 200,000 euros in 2019. The stars Mikko Leppilampi, Heikki Paasonen and Jaakko Saariluoma, who are familiar to the whole nation, were at the top of the TV presenters' income. 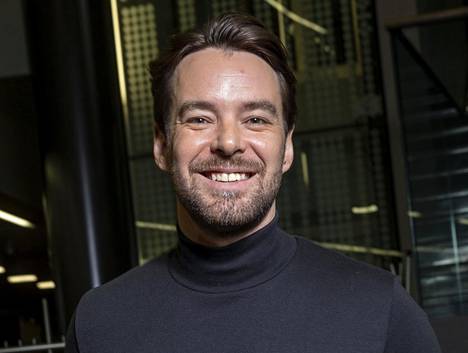 Numerous presenter stars are shown on TV screens every week, which entertains Finns in various programs.

The stars Mikko Leppilampi, Heikki Paasonen and Jaakko Saariluoma, who are familiar to the whole nation, were at the top of the TV presenters' income.

Mikko Leppilampi, known as the presenter of the favorite program Dancing with the Stars, has been one of Finland's most deserving television faces year after year.

Leppilampi also had a huge income in 2019. He offset earned income of 261,702 euros and capital income for the favorite presenter amounted to 4,497 euros.

Heikki Paasonen, who hosts numerous programs, was only slightly behind Leppilampi.

Paasonen, who piloted The Wall Finland and Voice of Finland, grabbed 256,077 euros in earned income and 9,520 euros in capital income, for a total of a whopping 265,597 euros.

One of the best-earned TV presenters was Jaakko Saariluoma, known from Posse and the Grandmaster.

A whopping 240,301 euros in earned income and 136 euros in capital income dropped into his account bag.

Stacks accumulated to be paid 6,932 euros.

Similarly, the host star Vappu Pimi, who is familiar from the program Dancing with the Stars, was also grabbed by nice earnings, although the income was clearly behind his RTD colleague Mikko Leppilampi.

Earned income in Yökylä for the star of the Maria Veitola program was 95,256 euros, and capital income 125,513 euros.

There was a tremendous increase in Hintikka's income, as in 2018 Hintikka earned EUR 29,419 in earned income and EUR 5,040 in capital income.

Hintika's spouse, also TV presenter Ilkka “Ile” Uusivuori, also earned a comfortable 114,894 euros in 2019. Uusivuori, who hosts the Masked Singer and the Seat Heaters program, had to pay 18,442 euros for the mats.

Janne Kataja, who pilotes the Polar Ten and Kuutamo programs, does not pale in comparison to others in terms of income.

He was somewhat overshadowed by his colleagues in terms of income, as Hätönen's earned income was EUR 55,846 and his capital income was zero euros.

Familiar story show and Susanna Laine, the presenter of the show and Half Seven, earned quite a plush income with her presenter's laundries.

The stacks came for 902 euros.

Swallow Island has been one of the hardest-earning TV presenters for years.

Financially, 2016 was the most deserving year for Pääskysaari, as he earned 225,703 euros at that time.