C1: Marseille's nightmare stretches in PortoPorto (Portugal) (AFP) Zero points, zero goals and three defeats: the flame of the Champions League has almost died out for Olympique de Marseille, humiliated Tuesday in Porto (3-0) and almost eliminated halfway through the group stage, with the added bonus of a sad record of 12 defeats in a row in C1. Steve Mandanda's gang knew they had no room for error after the cruel defeat in Piraeus agains 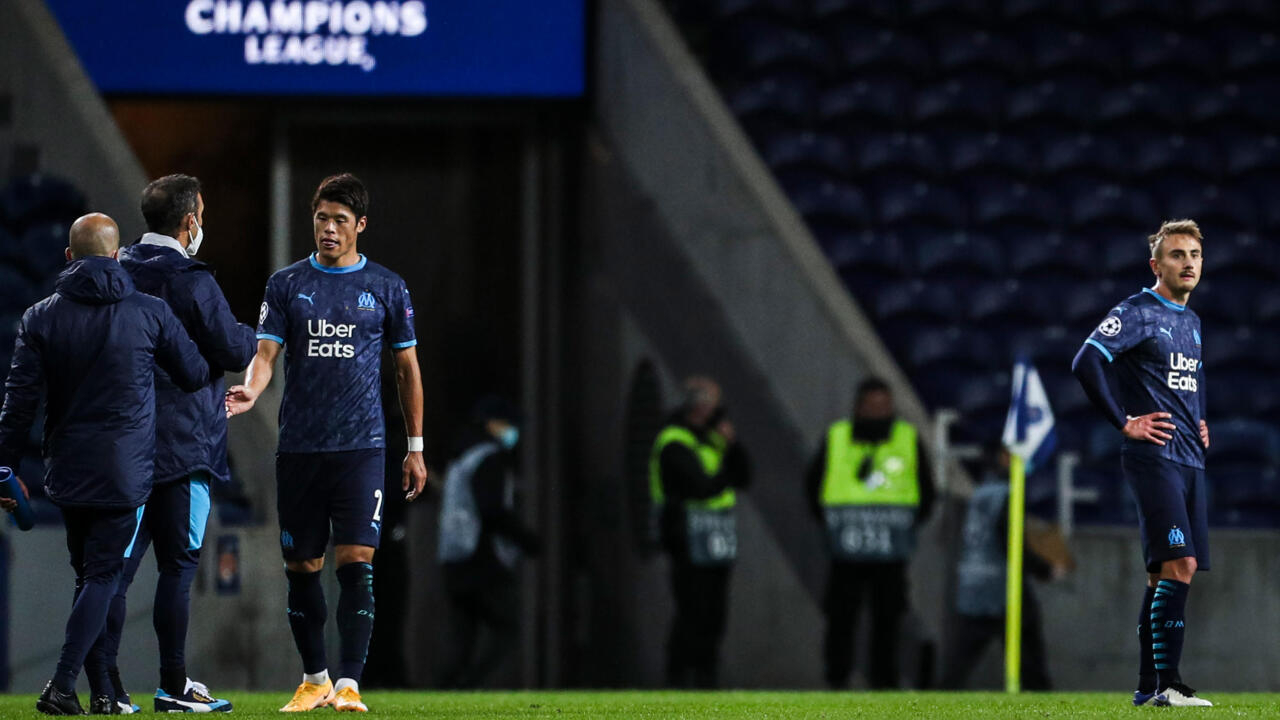 Zero points, zero goals and three defeats: the flame of the Champions League has almost died out for Olympique de Marseille, humiliated Tuesday in Porto (3-0) and almost eliminated halfway through the group stage, with the added bonus of a sad record of 12 defeats in a row in C1.

Steve Mandanda's gang knew they had no room for error after the cruel defeat in Piraeus against Olympiakos (1-0) and the slap received at home against Manchester City (3-0).

Alas, she was eaten at the Estádio do Dragão by a Portuguese rival yet arrived in small form and deprived of his defensive rock Pepe, the veteran forfeit by injury.

Halfway, OM keeps more than ever the donkey cap of a group C dominated by the giant Manchester City, on the contrary with three victories in three matches.

To maintain the crazy hope of securing second qualifying place, the Marseillais will have to achieve a full card on the return, first at the Vélodrome on November 25 against Porto then on December 1 against the Greeks.

In the meantime, coach André Villas-Boas will have to heal the wounds of his injured animal, unable to score a single point for his return to the Champions League after seven years of absence.

The club crowned in 1993 must also digest the humiliation of the sad record equaled on Tuesday: that of the greatest number of defeats (12) in a row in C1, that the Belgians of Anderlecht were the first to wear between 2003 and 2005.

Unlike the late loss of Piraeus, suffered in added time, OM took the tide of entry into Porto with two goals conceded in the first half hour.

The Marseille defense first tilted on a poor recovery from Duje Caleta-Car, captured by the opponent who took advantage of a favorable double-cons on Alvaro Gonzalez then Morgan Sanson.

Jesus Manuel Corona seized the offering to serve Moussa Marega, not worried when concluding at the far post (4th).

came from an action initiated by the same Corona, to the right of the defense this time where he was dried irregularly by Jordan Amavi in ​​the box.

The captain of the "Azuis e Brancos" (Blues and Whites), Sergio Oliveira, transformed the penalty despite the good start of Steve Mandanda (28th).

Luis Diaz hit the nail on the head (69th) with a cross shot that Mandanda did not even hit.

Villas-Boas will leave Porto, his hometown to which he offered a Europa League in 2011, with a multitude of regrets and perhaps concern about the performance of the Olympians, guilty of imprecise passes, mistakes defensive and incapable of multiplying the collective movements necessary at the highest level.

At the time of making a first assessment, the column of Marseille attacks appears almost as empty as the stands of the Portuguese stadium were, pandemic obliges ...

Dario Benedetto has still not scored this season, Dimitri Payet did not weigh before being replaced after the hour mark and Florian Thauvin's efforts did not pay off.

The French international, however, obtained a penalty very early on after a breakthrough as a soloist that Malang Sarr, the former Niçois, interrupted by making a mistake.

But Payet, tenured a week after starting on the bench against City, spoiled the offering by shooting above (10th).

Marseille supporters will have to wait a little longer before seeing the opposing nets tremble in the Champions League.

They have been deprived of this joy for almost seven years, since a goal by Souleymane Diawara on the night of a 2-1 defeat in Marseille against Borussia Dortmund on December 11, 2013.

The bad series continues and for now, difficult to see the end.