C1: Marseille in the black legend, Bayern unstoppableParis (AFP) Marseille, forever the last? Humiliated in Porto (3-0), OM suffered a 12th straight defeat in the Champions League on Tuesday, equaling the worst series of the competition, while the record-breaking string of Bayern Munich victories continued at Salzburg (6-2). - Group C: Marseille, and twelve ... - "Forever the first" to have raised the C1 among French clubs, the Marseillais unfort 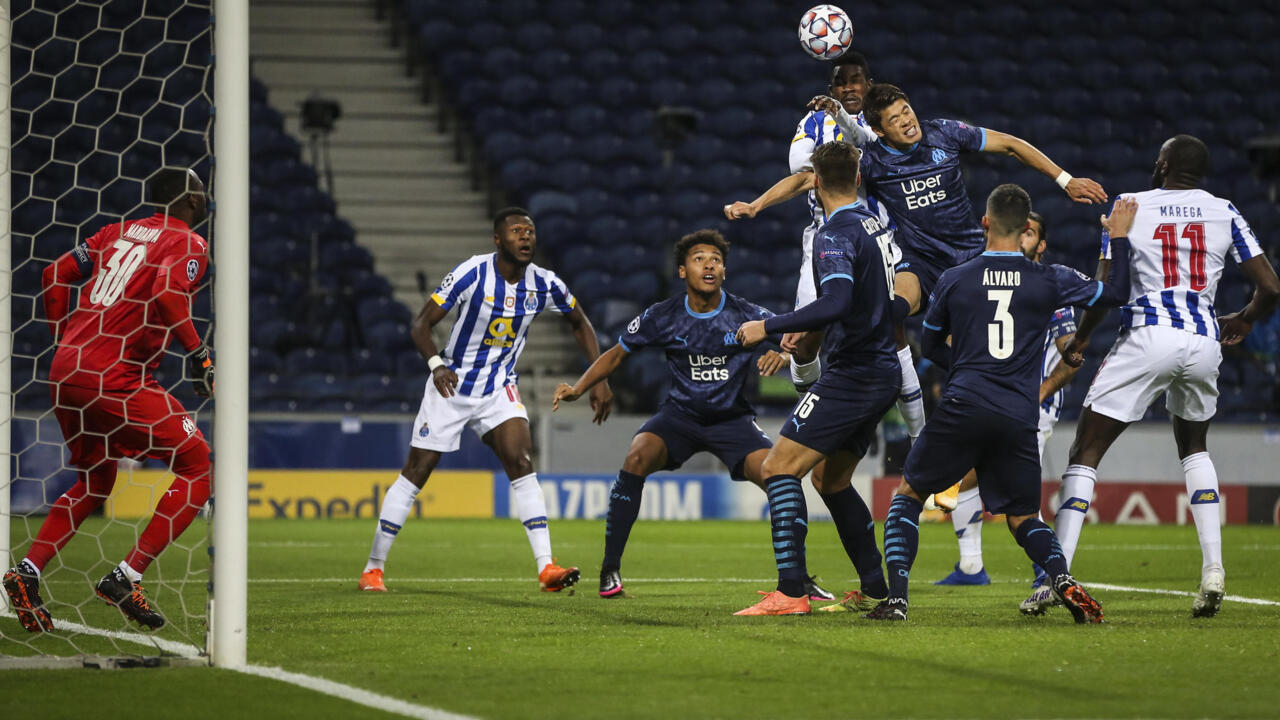 Humiliated in Porto (3-0), OM suffered a 12th straight defeat in the Champions League on Tuesday, equaling the worst series of the competition, while the record-breaking string of Bayern Munich victories continued at Salzburg (6-2).

"Forever the first" to have raised the C1 among French clubs, the Marseillais unfortunately entered the black legend of the event with a new disappointment Tuesday evening at the Dragon stadium, the twelfth in a row since their last success recorded in 2012.

It is as much as the sad series of 12 defeats of the Belgian club Anderlecht (2003-2005), which alone held the record until then, and the OM can fear to see its balance sheet increase again: in mid- course of the group stage, Marseille has zero points, zero goals and seems almost out of the race for the round of 16.

For his return to his favorite club, the Portuguese coach of Marseille, André Villas-Boas, was powerless to remobilize his players, clumsy until the caricature on the opening of the score of Moussa Marega (4th), on the penalty missed by Dimitri Payet (10th) or on that caused by Jordan Amavi and transformed by Sergio Oliveira (28th sp).

Luis Diaz closed the mark (69th) and pushed Marseille at the dawn of the return phase which will begin with the reception of Porto at the Vélodrome on November 25.

In a group largely dominated by Manchester City (9 pts), winner 3-0 of Olympiakos (3 pts), and Porto (6 pts), OM already only has third place synonymous with the Europa League in hope to fetch ...

- Group A: Bayern without stopping -

At Bayern Munich, reigning European champion, the victorious dynamic continues: the Munich club for its part chained a 14th success in a row in C1, an absolute record, crushing Salzburg 6-2.

The Austrians had however managed to come back to 2-2 but the Bavarians scored four times in the last minutes by Jérôme Boateng (79th), Leroy Sané (83rd), Lewandowski (88th) and Lucas Hernandez (90th + 2).

The Bavarians (9 pts) take the lead in Group A especially as Atlético Madrid (2nd, 4 pts) could not do better than a 1-1 draw in Moscow on the lawn of Lokomotiv.

In the poster of the evening, Real Madrid of Zinédine Zidane finally launched his European season by taming 3-2 Inter Milan of Antonio Conte, former teammate of "Zizou" at Juventus.

Beaten at the opening by Shakhtar Donetsk (3-2) then slowed down by Mönchengladbach (2-2), the Merengue club this time relied on the young Brazilian striker Rodrygo (80th) to force fate, while Lautaro Martinez ( 35th) and Ivan Perisic (68th) responded to Karim Benzema (25th) and Sergio Ramos (33rd), author of his 100th goal for Real.

This allows the "White House" (4 pts) to come back up to Shakhtar (4 pts), crushed 6-0 by Borussia Mönchengladbach with an untenable Alassane Pléa.

The French striker was the man of the match in Kiev, with a hat-trick and an assist, allowing Borussia to take control of Group B with 5 pts.

Everything is going for the best for Liverpool, launched towards the round of 16 with a third victory in as many matches (9 pts), this time on the ground of Atalanta Bergamo (5-0).

The European champion in 2019 also displays a beautiful mixture of new blood and experience with a sumptuous hat-trick from the young Portuguese Diogo Jota (16th, 33rd, 54th), and two accelerations concluded by the sure values ​​Mohamed Salah (47th) and Sadio Mané (49th).

The Dutch team remains neck and neck with Atalanta (4 pts) for the second qualifying ticket for the eighth.