EVENT - Experience the US presidential election on Europe 1

Europe 1 is on American time on Tuesday 3 and Wednesday 4 November and offers special programming in the colors of the United States. Correspondents and guests will be at the station's microphones to decipher live the progress and results of this 46th American presidential election. You can also follow the latest news live on our website. 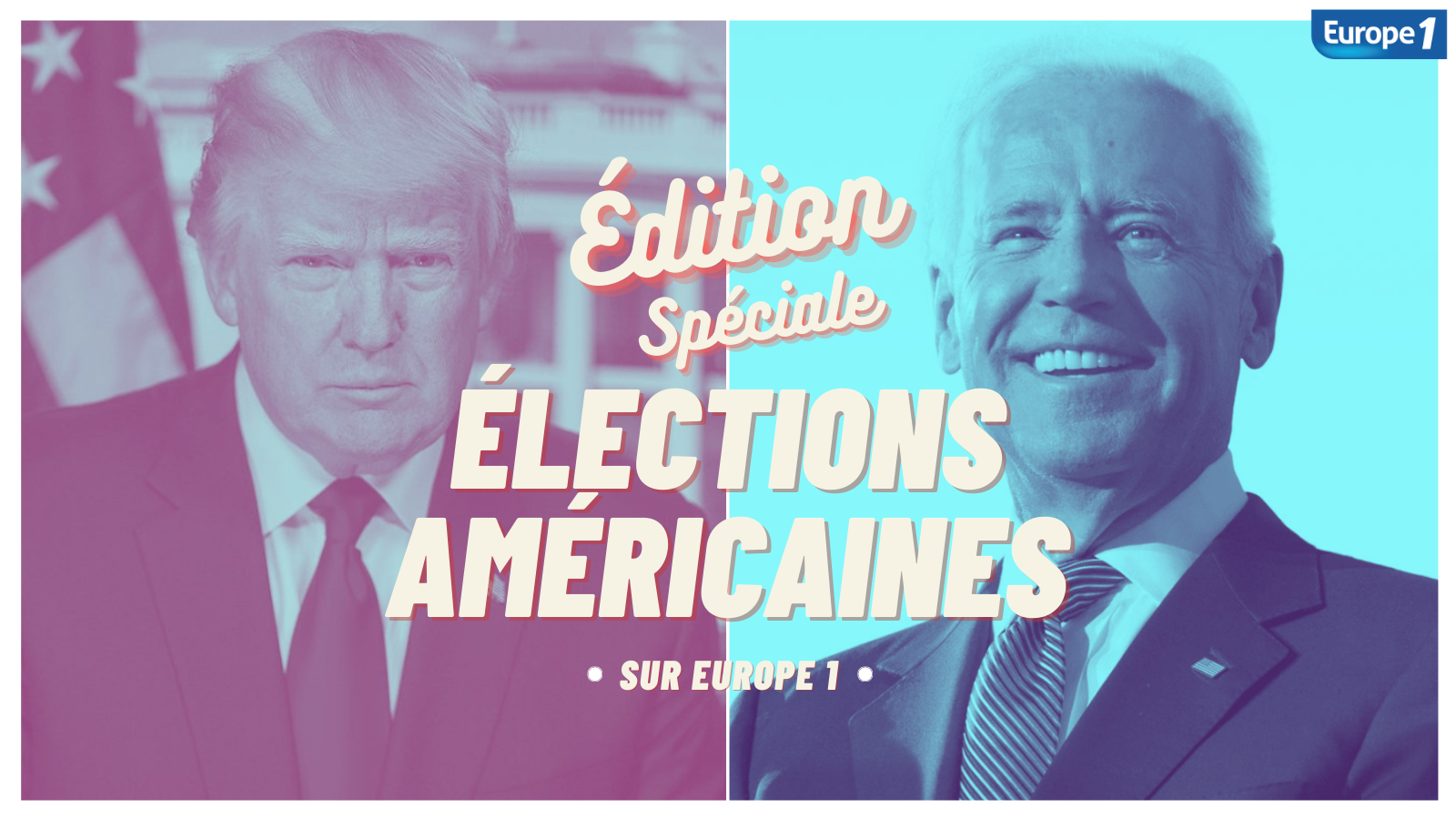 Europe 1 sets to American time on Tuesday 3 and Wednesday 4 November and offers a special program in the colors of the United States.

Correspondents and guests will be at the station's microphones to decipher live the progress and results of this 46th American presidential election.

Who is Joe Biden or Donald Trump going to win the US presidential election?

While the first estimates are expected in France overnight from Tuesday to Wednesday, Europe 1 is on US time from Tuesday and until Wednesday evening.

John Bolton, former national security adviser to Donald Trump, will give his impressions on the morning of the Americans' vote.

From Monday to Friday, Christophe Hondelatte devotes his stories to the great historical facts that have marked the United States.

He will return to the Columbine massacre, the Watergate scandal, the story of Rosa Parks, the Appolo 11 program as well as the story of the "Wolf of Wall Street".

Marie-Cécile Naves, sociologist and research director at Iris and Denis Lacorne political scientist and director at the International Research Center will also be present to decipher American news live.

Emilie Mazoyer broadcasts a playlist in the colors of the United States, two hours to share music with passion and good humor.

Olivier Delacroix will collect the testimonies and anecdotes of French expatriates in the United States and those of Americans living in France.

They will tell at the microphone of Europe 1 how their lives have changed and how they acclimatized.

Ombeline roche will meet you between 1am and 5am.

Europe 1 will broadcast Europe 1 Studio podcasts dedicated to the United States throughout the night.

The station's listeners will discover or rediscover Mister President, Olivier Duhamel's podcast on the history of the American presidential elections since 1948, as well as Eva Roque SERIELAND's podcast which gives pride of place to American series.

Every hour, special flashes will be presented by Joanna Chabas who will join the special envoys and correspondents of Europe 1 in the United States.

Europe 1's digital editorial staff will be on call throughout the night to provide you with the latest news on the election from the United States live, in close collaboration with our special envoys and correspondents on site.

Roger Cohen, columnist at the New York Times, François Clémenceau, head of the International Service of Journal Du Dimanche and Yannick Mireur, French political scientist and author specializing in American affairs and American foreign policy will follow one another throughout this special morning.

Being American today, the stakes of a presidential election

, Alain Mabanckou, writer who has lived in Los Angeles for 15 years, author of

but also Julien Cavanagh, French neurologist at the heart of the American hospital in New York, the biggest focus of the epidemic.

In duplex in New York, the former collaborator of Bill Clinton Leah Pisar will be the guest of Matthieu Belliard at 7.20 am.

David Michel, Franco-American Democratic MP for Connecticut will answer his questions at 7.40 am from Stamford.

The journalist specializing in social networks Thomas Huchon will be the guest of the media info of the day.

He will return, for Europe 1, to the role played by social networks in the electoral campaign.

Bertrand Chameroy will be interested in TV coverage of the elections and Eva Roque will offer a focus on American series.

Anne Roumanoff and her band will receive Sébastian Marx, a comedian from New York.

He will receive Benjamin Haddad, researcher in international relations at the think-tank The Atlantic Council, live from Washington.

Stéphane Bern will evoke the history of the authentic Bass Reeves, sheriff of Mississippi, as well as that of the real Dalton.

Matthieu Noël will paint the portrait of the iconic Lucky Luke.

The day after the elections, in "The club of ideas", Julian Bugier will debate, among others, Joseph Smallhoover, spokesperson and legal advisor to Democrats abroad and François Bujon de l'Estang, French ambassador to the United States. United from 1995 to 2002.