Video: 16-year-old girl buried in ruins rescued in Turkey - "Can you hold me by the hand"

The rescue of the earthquake on the Aegean coast has continued.In Turkey, rescue workers have continued to search for people who may be trapped in the ruins of buildings that collapsed in the earthquake. The death toll has risen to 28. In addition, about 800 people have been injured. Greece has so far reported two deaths. One of those rescued from the ruins in Izmir, Turkey is Inci Okan, 16. The girl’s rescue was recorded in a video published by the news ag 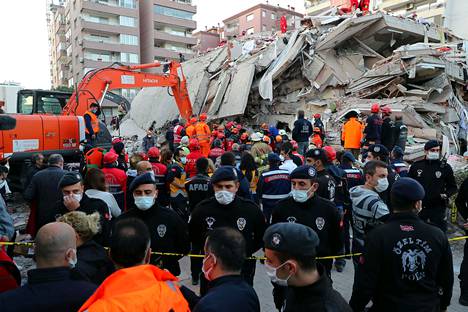 In Turkey, rescue workers have continued to search for people who may be trapped in the ruins of buildings that collapsed in the earthquake.

The death toll has risen to 28.

In addition, about 800 people have been injured.

One of those rescued from the ruins in Izmir, Turkey is Inci Okan, 16. The girl’s rescue was recorded in a video published by the news agency Reuters.

The beginning of the video shows how a rescue worker tries to calm and comfort a girl trapped in the ruins who says she is “really scared”.

There is nothing to fear, the rescue worker says.

- Can you hold me by the hand, Okan says after that.

- Give me your hand, of course I will stick to it, the employee answers.

The girl then grabs the employee by the hand and tells her leg to hurt.

He hopes to get him out of the rubble quickly.

How long have you played the violin?

the savior tries to get the girl's thoughts elsewhere.

I have spoken with him on the outside.

Your mother is waiting for you.

We told him about you.

He also misses you, the rescue worker says.

After that, Okan cries and says he is afraid again.

Soon, however, he can be pulled out of the rubble and transported on a stretcher to an ambulance.

In addition to Inci Okan, the rescuers also saved the girl's dog Fistik.

A powerful earthquake occurred on Friday on the Aegean coast.

The earthquake in Turkey largely devastated the coastal city of Izmir.

With a population of about three million, Izmir is one of the largest cities in Turkey.

After the earthquake, hundreds of people spent the night before Saturday in tents.

“It was so cold last night,” said Nilgun Yikariz, 59, who spent the night in a tent outside his apartment in the Izmir metropolitan area of ​​Bayrakl.

Azize Akkoyun, meanwhile, expected information about the missing relatives of the daughter’s spouse.

- Those curtains are theirs.

We wait all night.

The sounds of rescue work were heard in Bayrakl, and the air was full of dust.

However, everything stopped when there were hopes to hear the cries for help from the survivors.

People’s hopes grew for finding survivors as the media reported on the mother and her three children who were rescued 18 hours after the quake.

The Turkish Accident Agency said about a hundred people have been rescued.

Because it is possible that more buildings could still collapse, the Izmir authorities have set up a tent area for a couple of thousand people to spend the night, the BBC reports.

According to the Turkish state news agency Anadolu, almost 4,000 people, hundreds of planes and 20 dogs are in the rescue operation.

Friday’s earthquake was the second strongest earthquake in Turkey this year.

In January, more than 30 people died in an earthquake in the city of Elazig in the eastern part of the country.

The authorities on the Greek island of Samos describe the situation as very difficult.

In addition, the island has a large reception camp for asylum seekers.

- Churches, harbors and houses will be rebuilt.

With the help of God and people, said the priest Emmanouil, whose church had been destroyed in the village of Pythagorion. 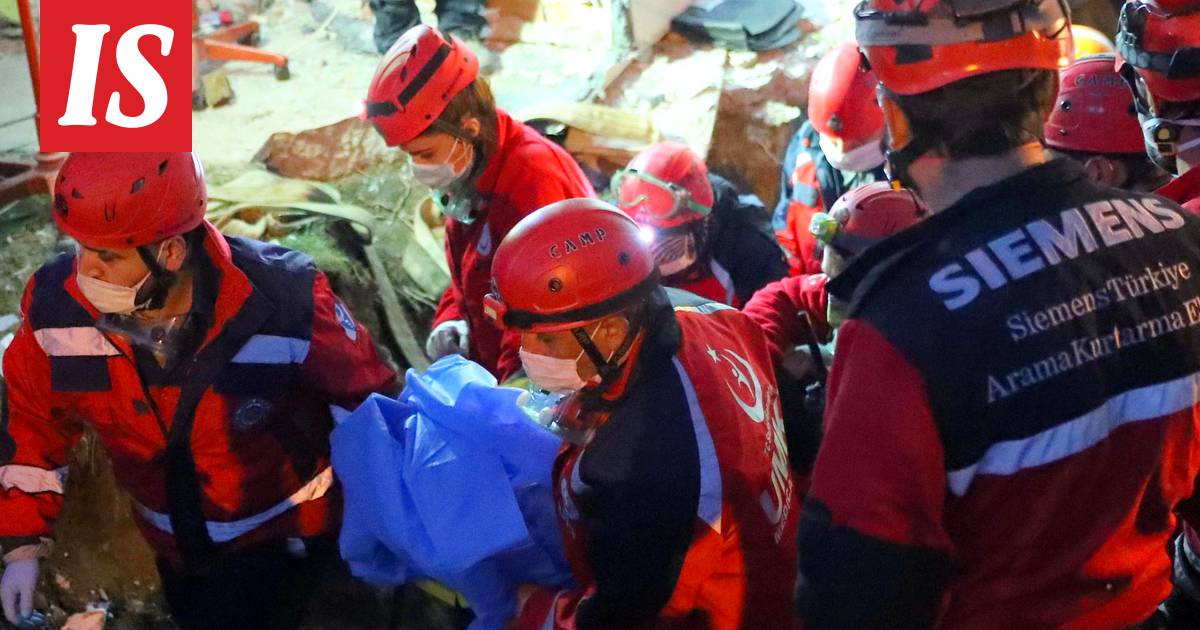 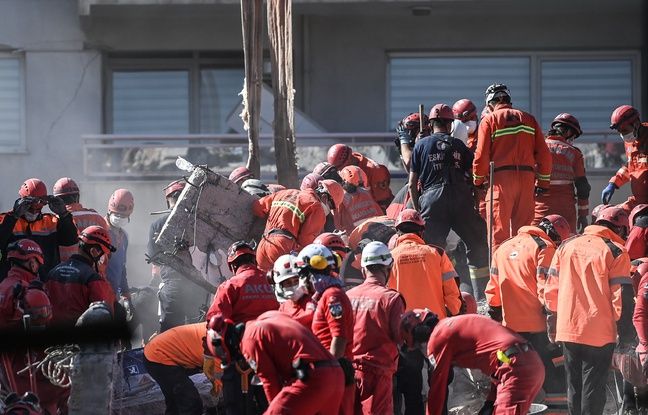 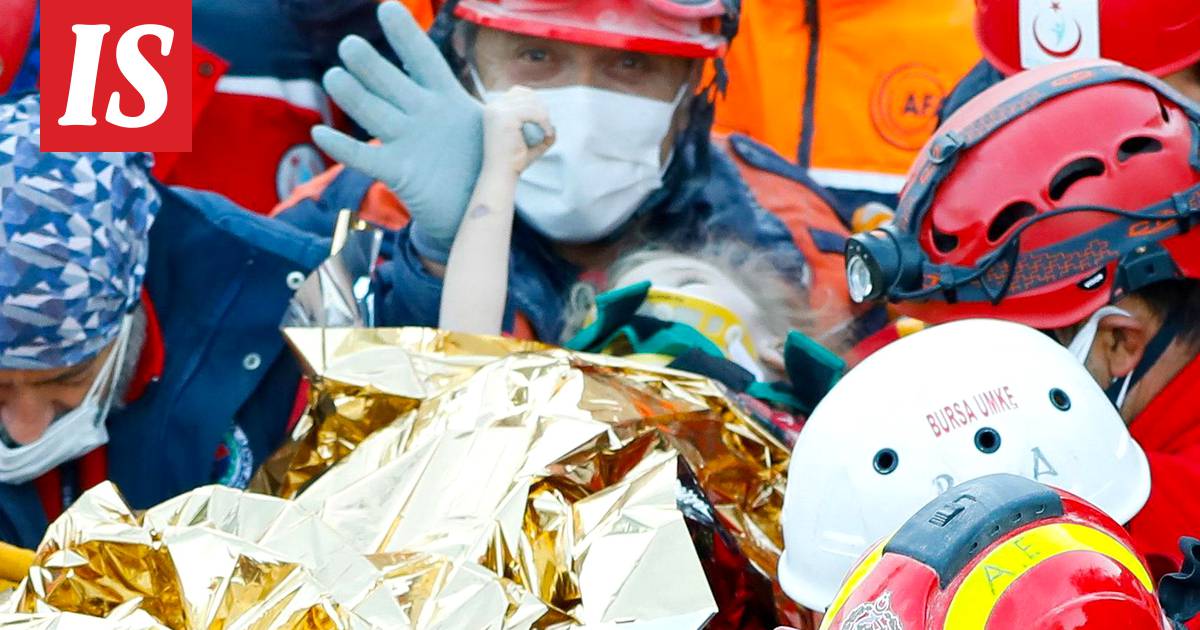 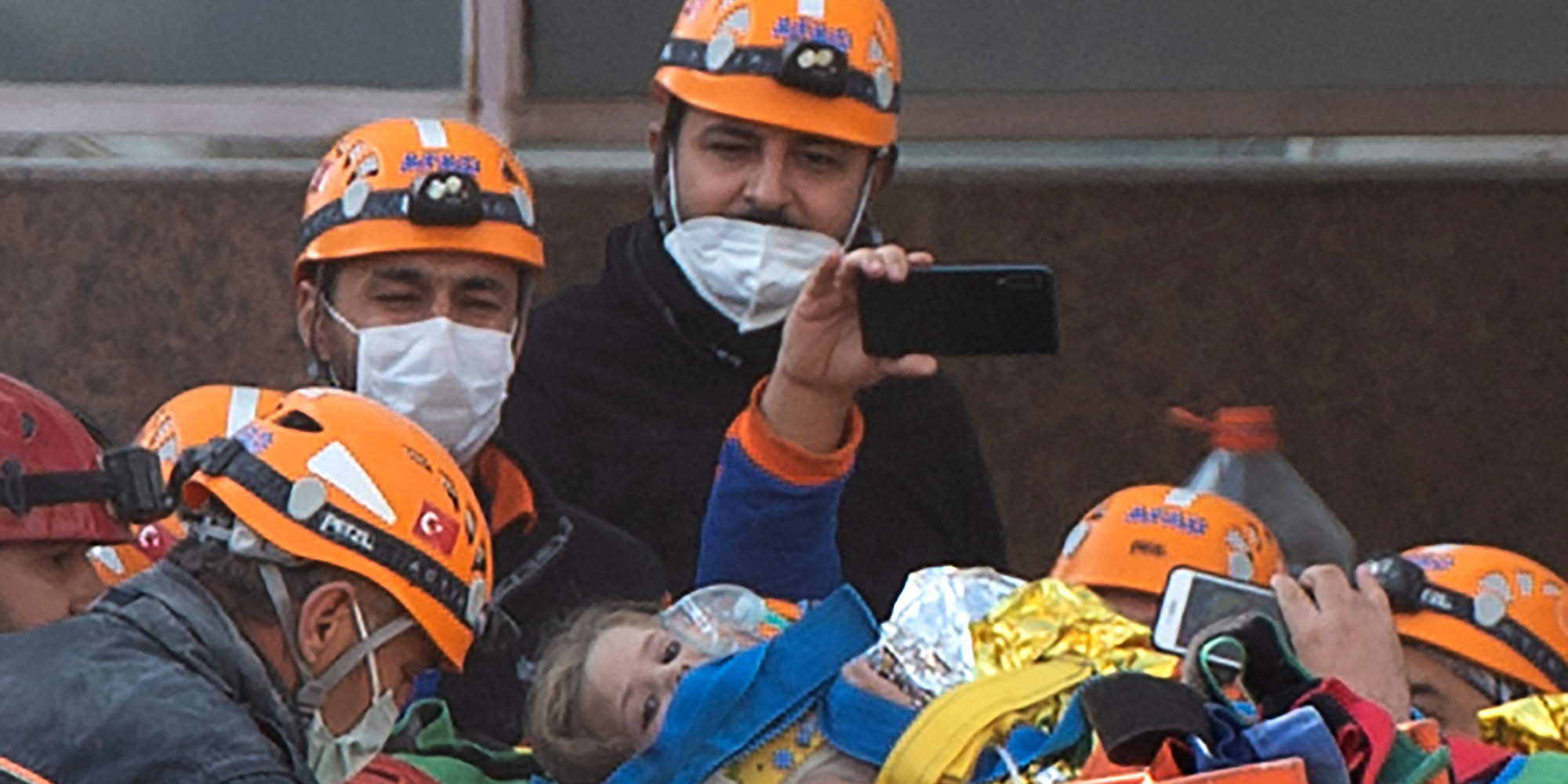 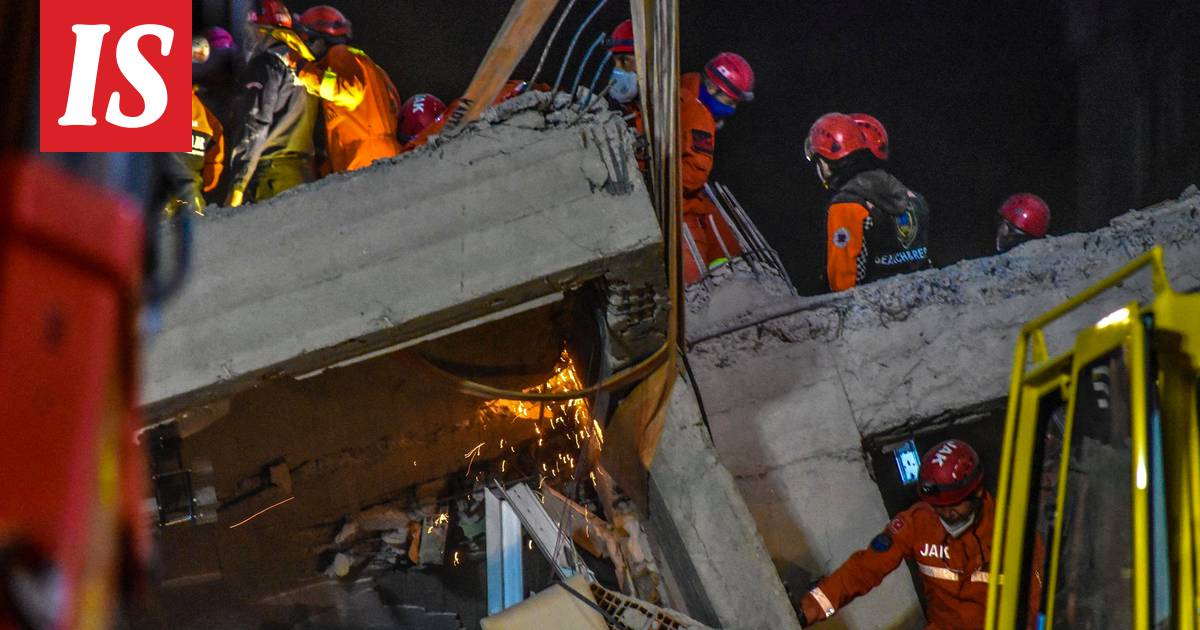 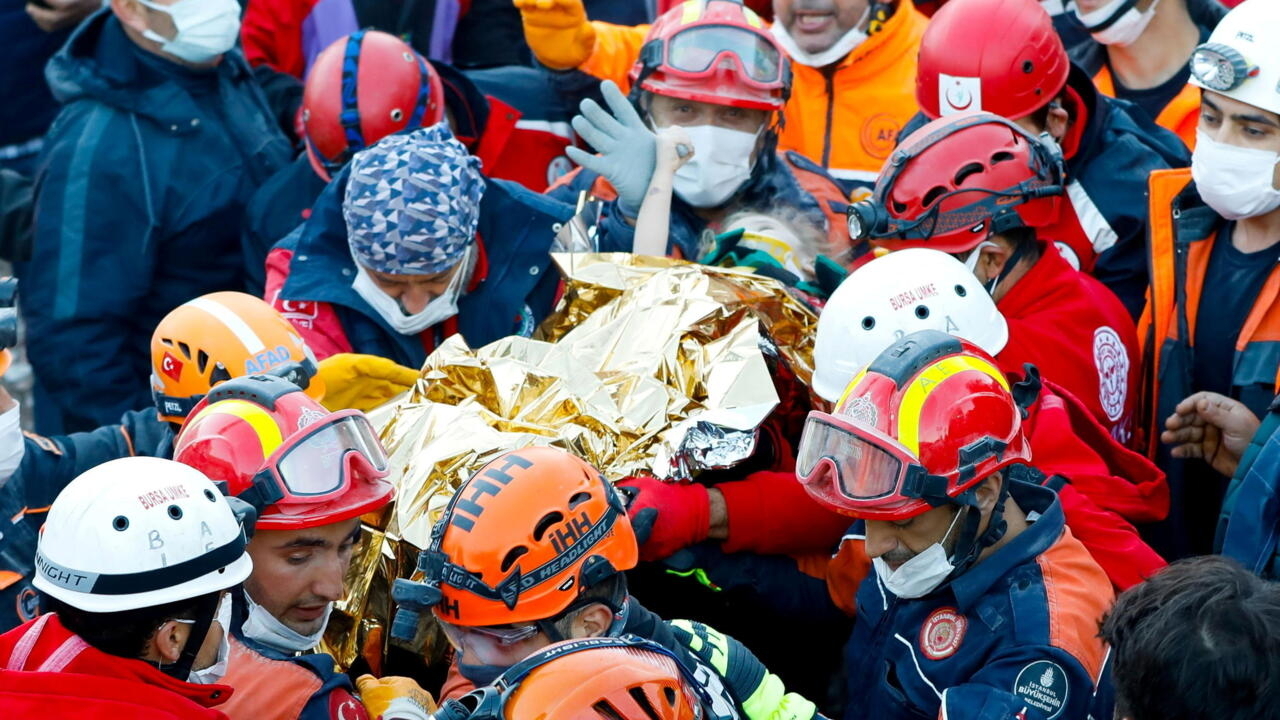 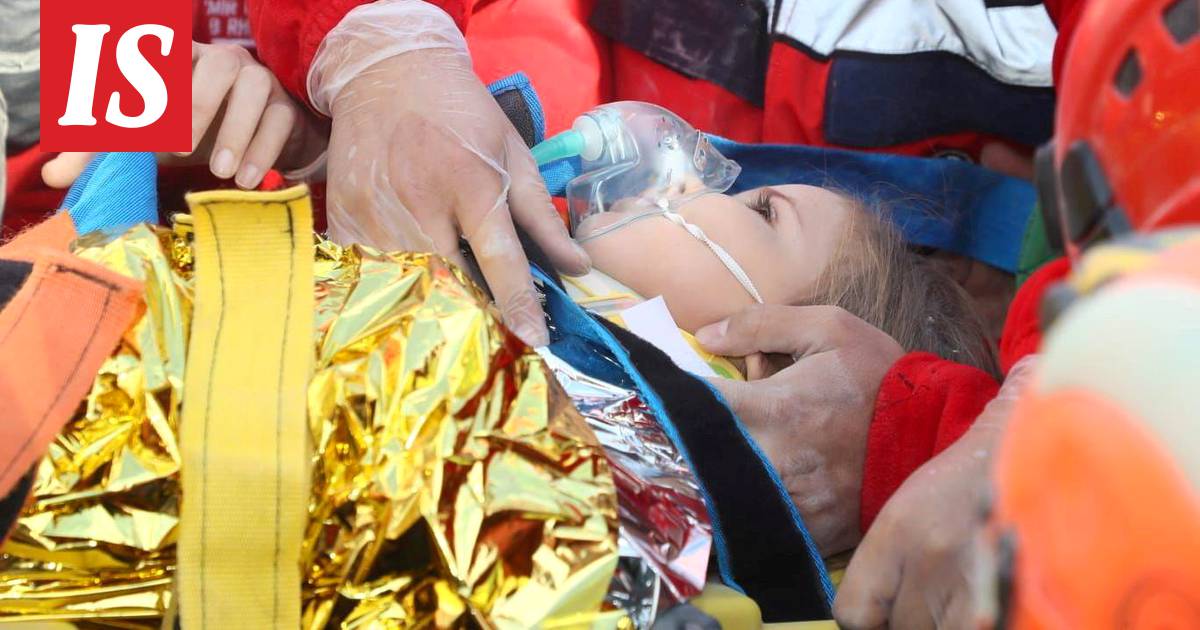