In an exclusive interview with Al-Jazeera .. Macron: I do not confront Islam and Muslims, and my stance on the cartoons has been distorted

French President Emmanuel Macron said that the news that he supports the cartoons insulting to the Messenger (Muhammad, may God bless him and grant him peace) is misleading and devoid of its context, stressing that he understands Muslims' feelings about these cartoons.

French President Emmanuel Macron said that the news that he supports the cartoons insulting to the Messenger (Muhammad, may God bless him and grant him peace) is misleading and devoid of its context, stressing that he understands Muslims' feelings about these cartoons.

In an exclusive interview with Al-Jazeera, Macron said that France was subjected to 3 terrorist strikes by violent extremists, who did so by transforming and perverting Islam into actions that shocked and wounded the French people, adding that the attack on France was based on a lot of misunderstanding.

He said that his meeting with Al-Jazeera falls within the framework of removing misunderstandings and emphasizing that France is a country keen on freedom of belief, and what is often called secularism, and that his goal is that in France every citizen regardless of his religion has the same political and civil rights, and a society that lives with all the religions that live in it.

"Our country does not have a problem with any religion in the world, because all religions are practiced freely in our country, for the French Muslims, as well as for citizens all over the world who profess Islam, and France is a country where Islam is practiced freely, and there is no stigmatization or shaming," he added. All this is wrong, and everything that is said is wrong. "

Macron asserted that France "is a country whose universal message is to be keen on peace and the ability to live regardless of one's religion. There are many wrong things said, and I want here to address a message of firmness against terrorism, against all violent extremists and also at the same time a message of peace and unity, and a message of saying" The truth is, this is my main goal in my conversation with you today. "

Regarding the offensive cartoons and his statements that I understood that he supports them, Macron said that they were based on "misunderstanding and a lot of manipulation," stressing that the matter is related to the freedoms guaranteed by law, freedom of belief and conscience and freedom of expression.

He added, "In France, any journalist can express his opinion freely on anyone, even the president of the republic. Freedom of expression means drawing, satirical drawing or caricature. This is our law, and it comes from afar, from the end of the 19th century, and it is important to defend it."

He considered that this law had led to satirical cartoons in newspapers, cartoons mocked by political leaders and from all religions, including the "Charlie Hebdo" newspaper that mocked Christians, Jews and rabbis ... Today they paint about Islam and its prophet.

In this context, the French President said, "I understand and respect the feelings of anger that this provokes, but I want in return you understand my role. My role is to calm things down, but also to protect these rights that belong to the French people. There is an important difference that all Muslims who were shocked must do." To understand him. "

He stressed, "I will always defend in my country the freedom to say, write, think and draw, this does not mean that I personally support everything that is said and everything that thinks about and everything that he paints, but this means that these freedoms, these rights, human rights that were created in France, and I believe that our message To protect it and also to protect the sovereignty of the French people. "

And about his speech during the memorial service for the murdered teacher Samuel Patti and saying verbatim with firmness, "We will never give up cartoons, nor cartoons until others back down." He said that many media outlets quoted his words and distorted him by saying, "I support the cartoons that insult the Prophet."

He continued, "I have never said that, first because these fees, and this is important for all Muslims who hear me, affect all religions, all of them. There are no charges directed against one religion without another religion, and it also affects all leaders."

He also asserted that the reactions in the Islamic world were due to many lies and distortions "because people understood that I support these cartoons," stressing that he only supports the freedom to write and think and draw freely in France "This may shock some, I respect that, but it must be To speak and we must build a space of mutual respect. "

Regarding the boycott campaign against France in the days following his statements, Macron said, "This is inappropriate and we condemn and condemn it, but this campaign is the work of some private groups because they did not understand and based on lies about the cartoons."

"In France, there are several million citizens whose religion is Islam. I do not fight them. They are full citizens. They want to live in peace, and we have friendly countries all over the world in which the majority religion is Islam, but today violent extremists commit the worst in the name of Islam," he added.

Extremists in the name of Islam

Regarding his statement that "Islam is a religion that today lives in a deep crisis all over the world," Macron said, "What I wanted to say is very clear, which is that there is violence practiced today by some groups and extremist individuals in the name of Islam. Of course this is a problem for Islam because Muslims are the first victims. I mentioned in numbers more than 80% of the victims are Muslims, and this is a problem for all of us, and therefore all religions have gone through such a crisis in their history. "

He added, "The crisis is within our society, because in many places there are individuals who feel that they are incomprehensible and commit the worst in the name of religion, and often those who do not know this religion well with the complicity of those who know this religion better than them or rather claim to know it."

Macron released a message of reassurance to the Muslims of France, saying, "My project or our project on the basis of which the French elected me, which is the same as France's historic project, its primary mission carries a message of peace between religions, because it is a message of knowledge and building the mind." 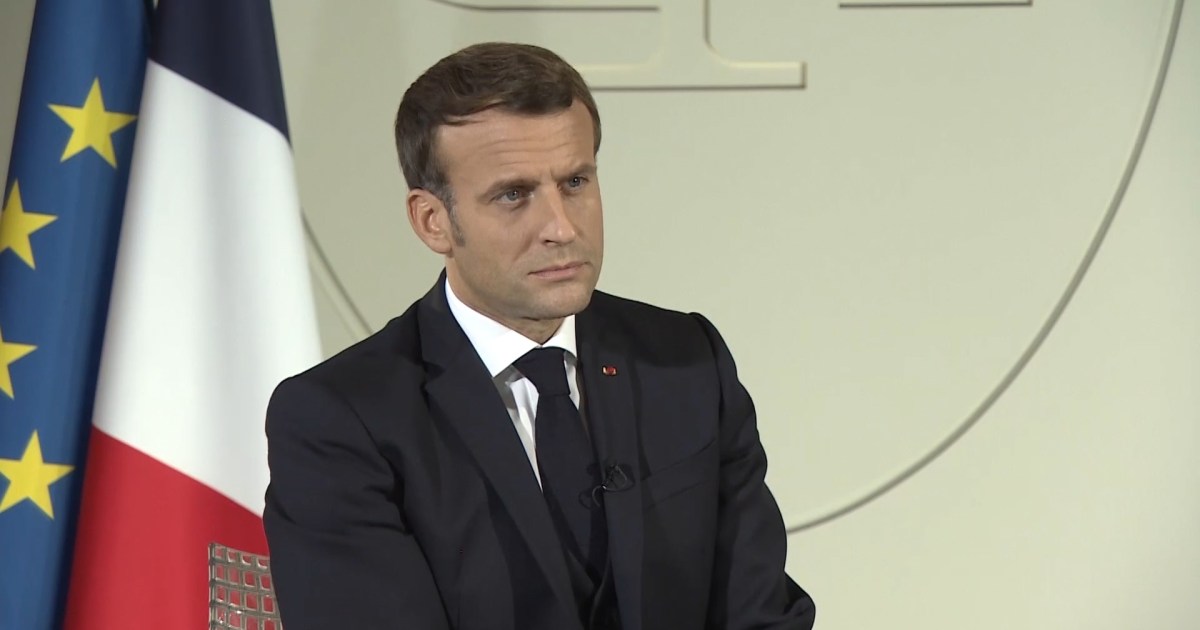 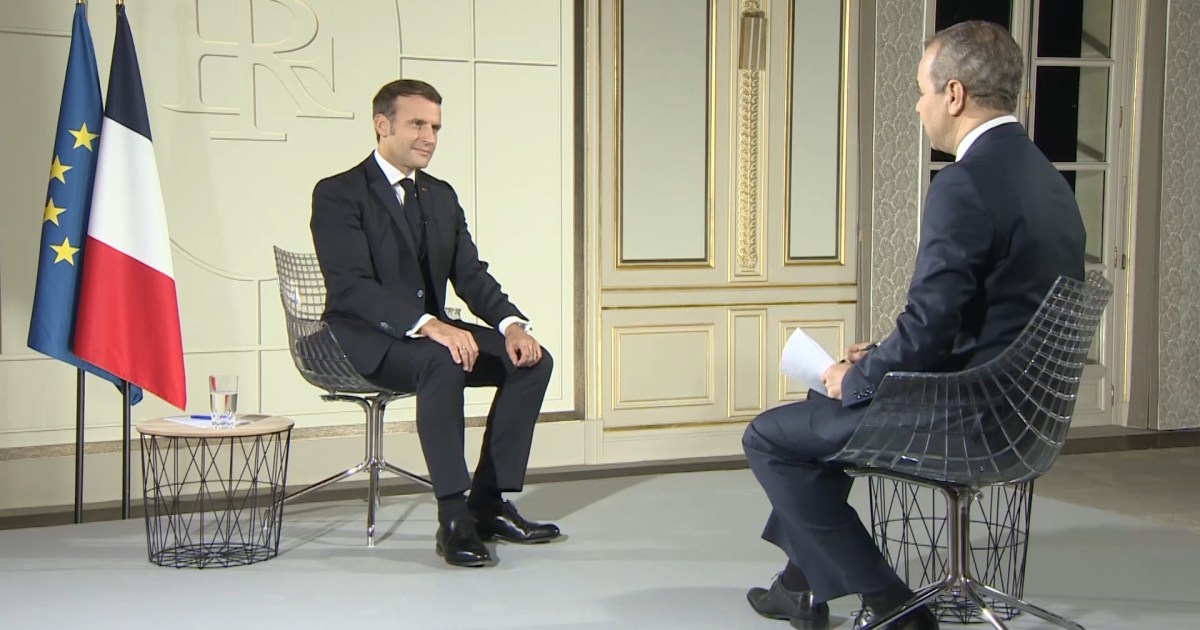 News/Politics 2020-11-02T00:24:02.084Z
To extinguish the anti-French noise, Macron accepted an exclusive interview with the Middle East media for the first time... 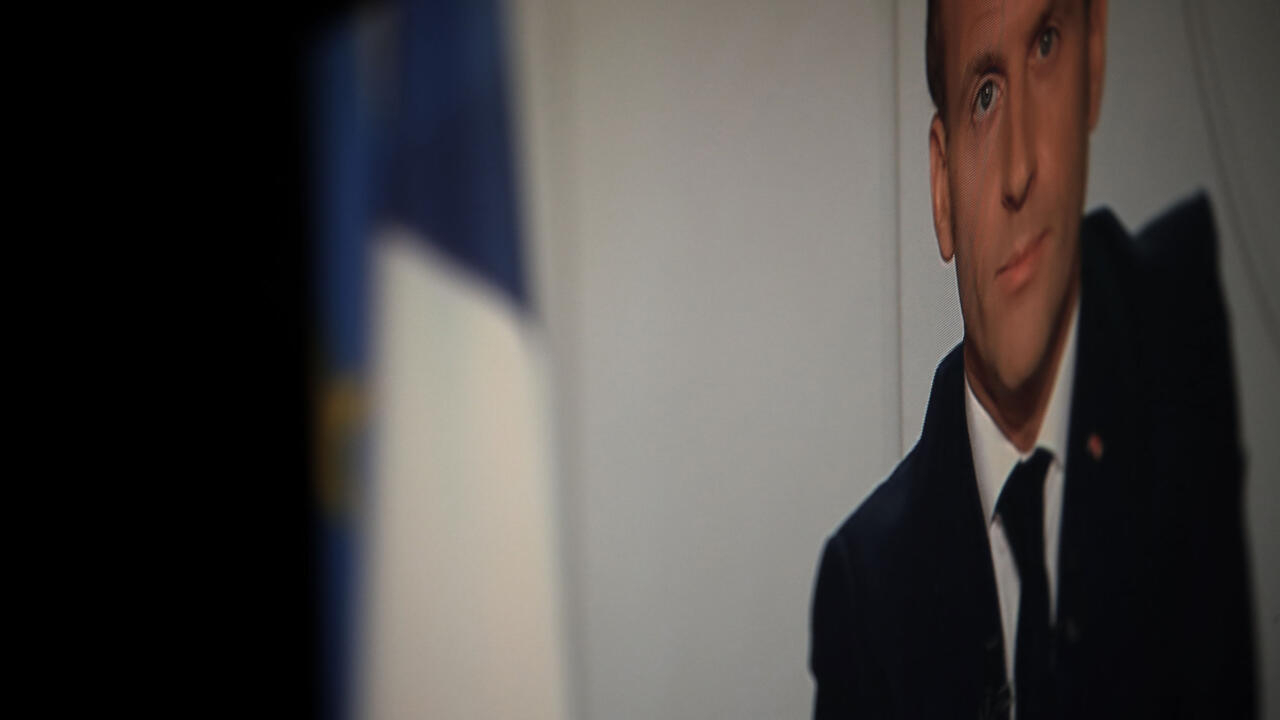 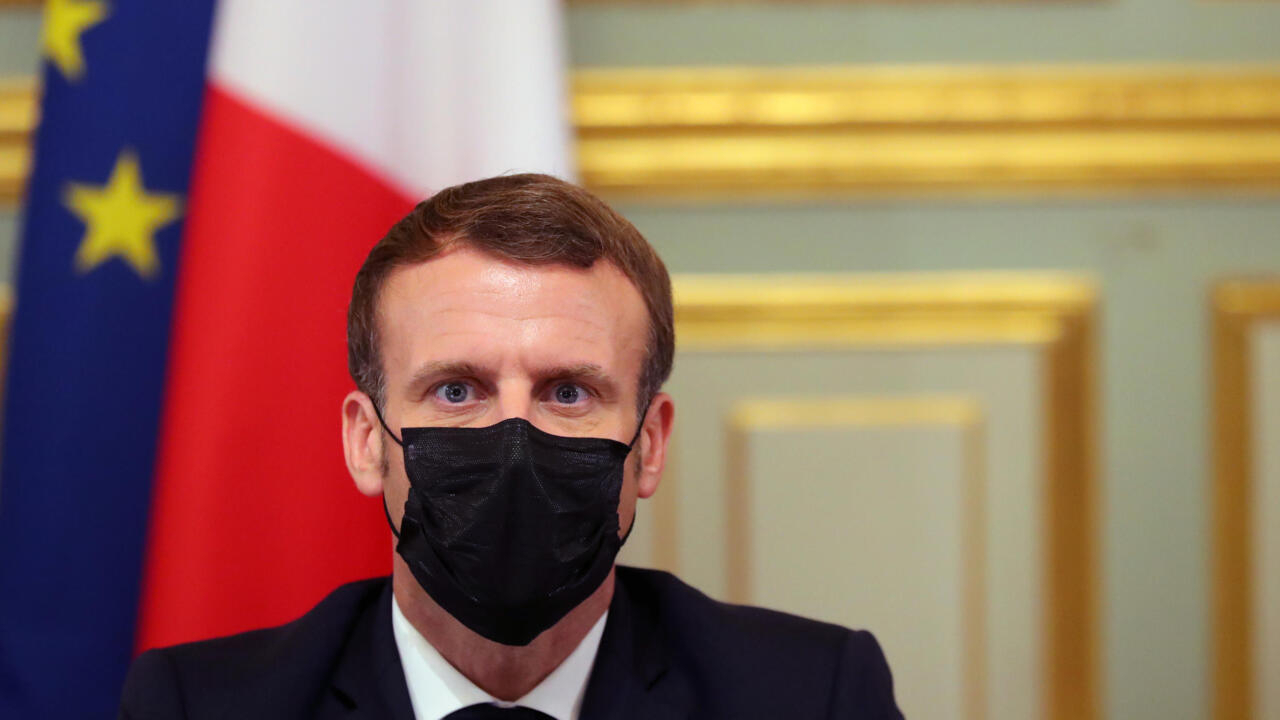 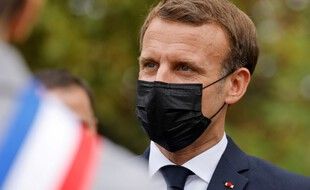 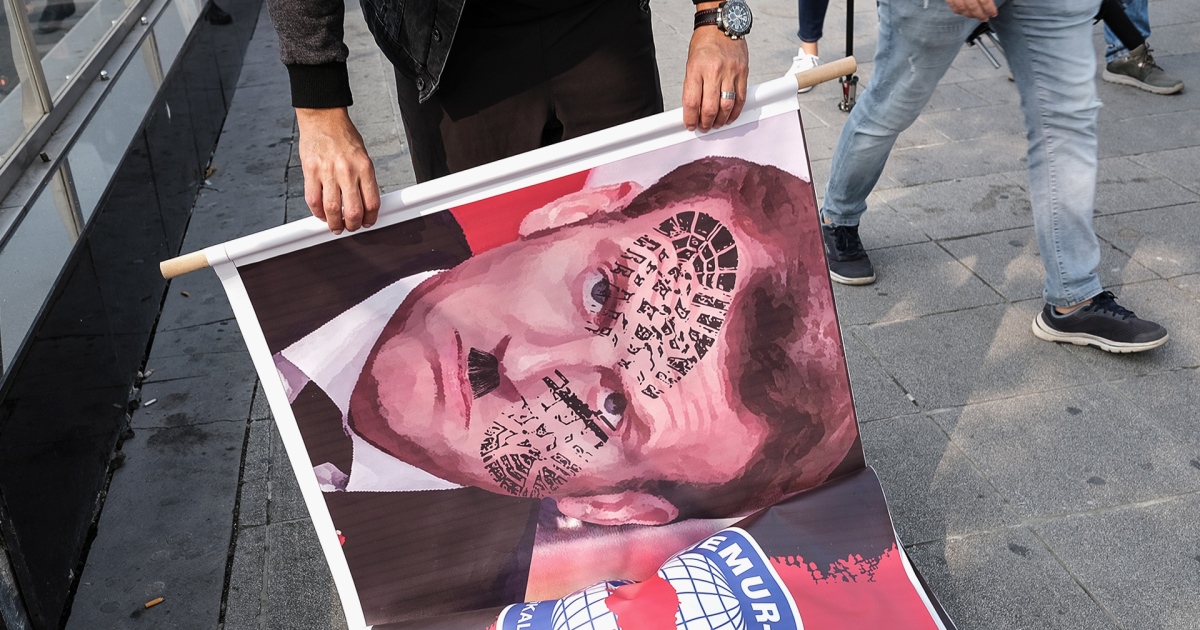