On Friday, a Belgian school administration suspended a teacher from work, after he offered his students insulting drawings of the Prophet Muhammad, peace be upon him. 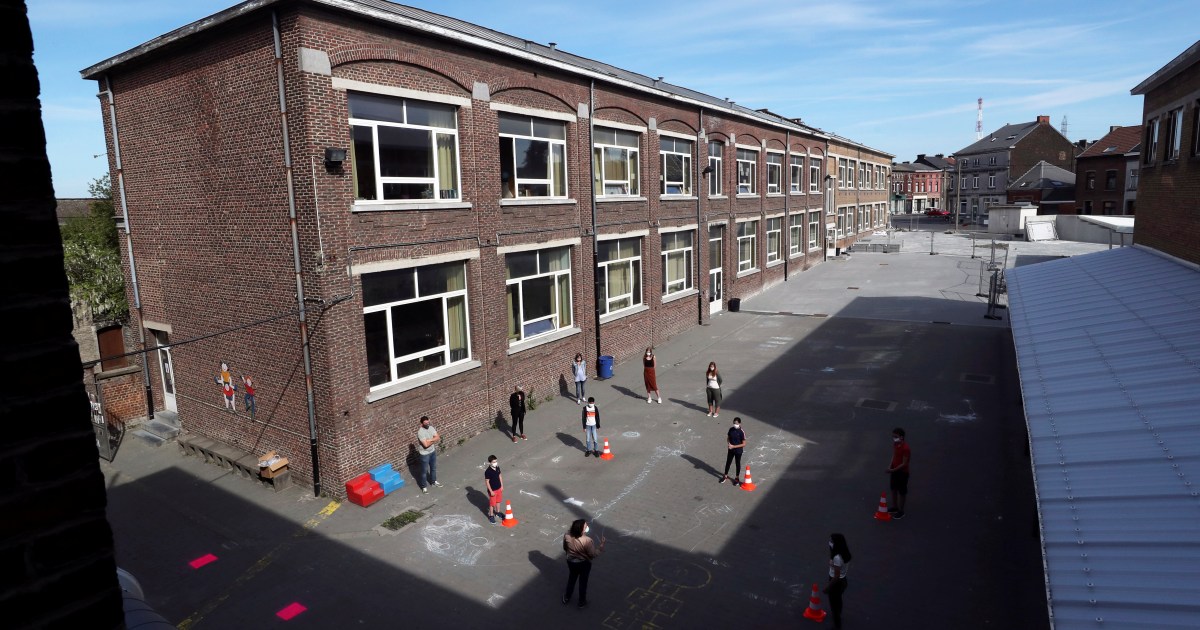 On Friday, a Belgian school administration suspended a teacher from work, after he offered his students insulting drawings of the Prophet Muhammad, peace be upon him.

The school is located in the Molenbeek Saint-Jean district of the capital, Brussels.

Its administration decided to suspend the teacher from work after he showed his students a cartoon, previously published by the French Charlie Hebdo magazine, while explaining the killing of the French teacher, Samuel Bate.

The British "Daily Mail" website quoted a spokesman for the Mayor of Molenbeek as saying that "our decision depends in particular on the fact that these are obscene images, even if they were not for the Prophet, we would have done the same."

The spokesman added that suspending the teacher's work is not a punishment but a disciplinary measure, after which the teacher could face administrative procedures.

The Belgian newspaper "Le Libre" reported that the families of the students reported that the teacher provided their children with a tablet that showed the pictures and suggested that those who did not want to see them look at the ground or anywhere else.

The newspaper pointed out that the teacher used to give "citizenship lessons" in a classroom with an average age of 11 years.

And two weeks ago, the French police announced that they had shot dead a man they said was Chechen after he killed a teacher who showed his students cartoons insulting to the Prophet Muhammad - may God bless him and grant him peace - in a school in a suburb of the capital, Paris.

On Thursday morning, a stabbing incident in the Notre Dame Church in Nice, France, killed 3 people and injured many others, while the police announced the arrest of the attacker.

During the past few days, France witnessed the publication of insulting caricatures of the Seal of the Prophets - may God bless him and grant him peace - on the facades of some buildings, in conjunction with statements by French President Emmanuel Macron, in which he stressed that he would not abandon these fees.

The cartoons and Macron's statements sparked a wave of anger throughout the Islamic world, after which campaigns were launched in most Islamic and Arab countries to boycott French products and goods.