IS's football expert Marko Rajamäki considers ending the season in the regular season to be the only sensible solution in the current corona situation. 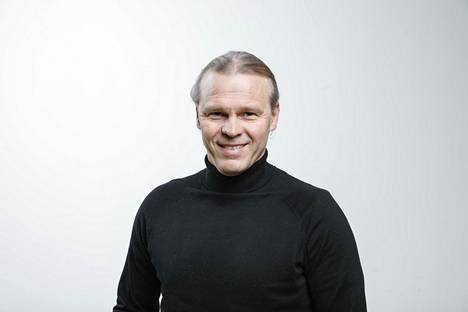 The Veikkausliiga season 2020 ends in the regular season.

The planned top and bottom sets will therefore not be played, and the final standings for the season will be determined by the regular season.

- It's good that this decision came.

It is the right solution for sports and makes it easier for all players, says Marko Rajamäki, football expert at Ilta-Sanomat.

The situation is not a complete surprise.

The coronavirus has also hit the Veikkausliiga in recent weeks, and it became impossible to play through the season according to the original plan.

- Individual postponed matches during the season could still have been sprinkled here and there, but in the final round of the regular season, the matches must be played at the same time.

Now even a single match transfer will move the whole package and at the same time the start of the final series would have been stretched again.

Second, winter begins against the bush.

Third, the deadlines for some players' contracts are approaching, Rajamäki says.

IS expert Marko Rajamäki is satisfied with the sporting decision. Photo: Antti Hämäläinen / IS

Rajamäki, a former top player and later a coach, has received a strong message from the fields in recent weeks.

- Everyone's message has been clear: uncertainty has been the worst when it is not known whether there are, for example, two or seven matches left in the season.

At the same time, teams have had to make “million” decisions: how are players recycled, does someone play with an injury, i.e., is they packed for a couple of faulty matches, or rested if the season continues?

- Or how to plan the whole training if you don't know how much is still being played and when?

As pleased as Rajamäki is with the recent clear decision, he reminds us that the battle of the clubs is not over.

- It's not nice, but there will be a price for this (coronavirus) in the future.

The virus has inflamed the finances of clubs.

What would be the right body to support clubs: union, state?

HJK leads the series by three points to KuPS.

It has two matches left and KuPS one.

In addition, HJK's goal difference is 17 goals better than Kuopio's.

HJK can secure his championship on Sunday against IFK Mariehamn.

TPS is in place of the qualifier.

It still has little chance of avoiding qualifiers.

RoPS will drop to No. 1 next season.

Rajamäki gives Veikkausliiga a commendable grade for completing the season.

- What all parties - Veikkausliiga, clubs, players and fans - have done to carry out the season since the beginning of July has been commendable.