The American city of Philadelphia experienced another evening of tense protests, the day after the death of a black man shot by police. The night from Tuesday to Wednesday was marked by… 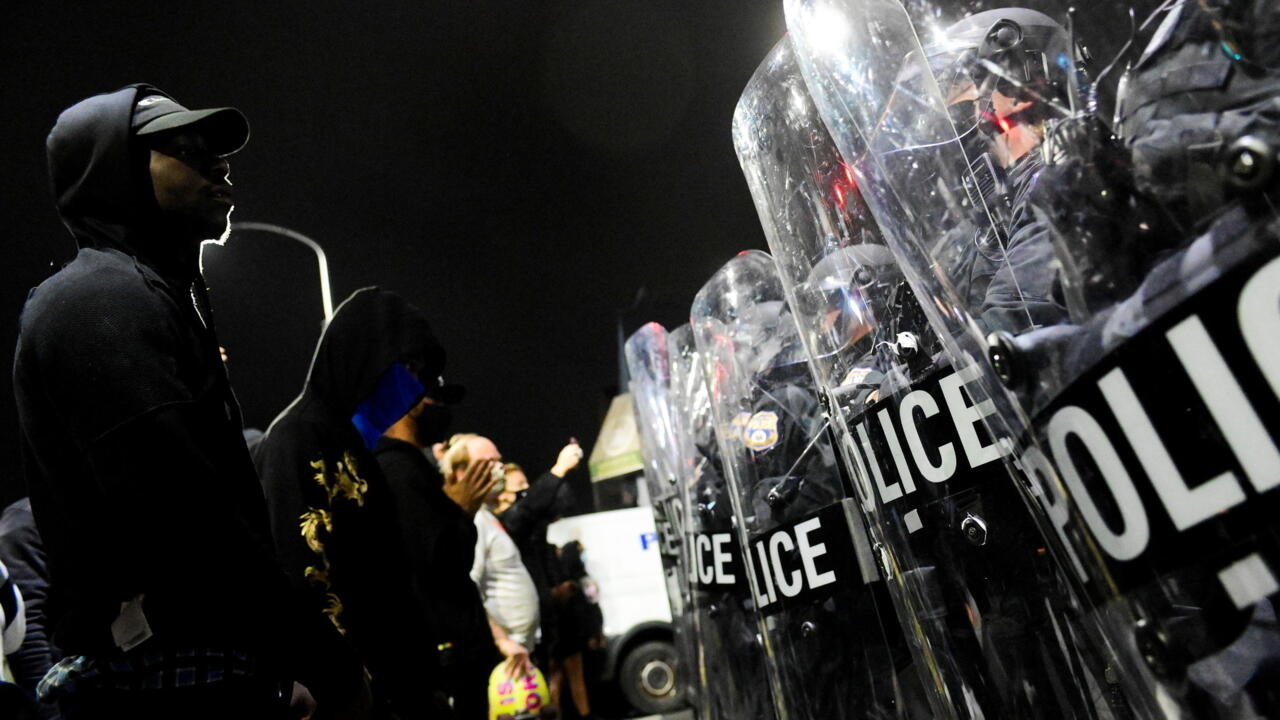 Anger is mounting in Philadelphia.

Scuffles enamelled Tuesday, October 27, a peaceful demonstration organized to protest against the death of a black man, shot dead by police.

Other videos shot by local media filmed the looting of a hypermarket in the north of the city.

BREAKING - Hundreds of looters break into stores on a strip mall on Aramingo Avenue in #Philadelphia pic.twitter.com/FnyEJwzReY

The protests took place in another neighborhood in West Philadelphia, where Walter Wallace Junior lived, the 27-year-old black man shot dead in the street by two police officers on Monday afternoon.

In the early evening Tuesday, they were a little over a thousand to walk, before being stopped by the police, who had established a cordon.

The procession then dispersed, but several small groups of a hundred people each crisscrossed the neighborhood, some burning trash cans and several sofas, transported to the middle of the street.

In several places, the police intervened without warning to disperse these small groups, sometimes with batons, and carried out several arrests.

The day before, more than thirty police officers had been injured, including a policewoman knocked down "deliberately" by a van, according to the head of the police force of the city, Danielle Outlaw.

She was still hospitalized on Tuesday.

The two police officers involved in Walter Wallace Jr's death have been suspended pending the results of an investigation by the police and the local prosecutor.

They had arrived at the scene in response to a call mentioning a family dispute and about a man with a knife.

According to a police spokesperson, Walter Wallace Jr. refused to drop his weapon despite the officers' orders.

The young man's family claimed, through the voice of his lawyer, that the call was not for the police but for medical emergencies because Walter Wallace Jr, who suffered from bipolar disorder, was in the throes of a seizure.

To maintain order in this metropolis which has become one of the main electoral battlefields between Republicans and Democrats, the town hall appealed on Tuesday to the National Guard.

Democratic Mayor Jim Kenney has expressed concern over a sudden rise in tension in a town where protests for "Black Lives Matter" after George Floyd's death in late May had been accompanied by looting and violence, and 'an increase in crime.

He did, however, distinguish between "peaceful protesters, who were there last night and may be there for a week or two", and "vandalism and looting, which are not acceptable forms of free speech" .

The White House "is watching closely"

If the violence continues in the coming days, the situation in Philadelphia could become a central subject of this end of the presidential campaign.

Donald Trump and the Republicans have made the rise in crime in large metropolitan areas - often run by Democrats - an argument against Joe Biden.

The US president often cites Pennsylvania, and Philadelphia in particular, as a place where the risk of voter fraud is highest, even though no incidents have substantiated this thesis.

"We are monitoring the situation closely. We stand ready to deploy federal resources, if necessary," said Alyssa Farah, director of communications for the White House on Tuesday morning.

Joe Biden also reacted quickly: while deploring a new "injustice" against the black community, at the heart of his electorate, he warned against any looting and attack against the police.

Our hearts are broken for the family of Walter Wallace Jr., and for all those suffering the emotional weight of learning about another Black life in America lost.

"Looting is not demonstrating, it's a crime," he said.

Donald Trump is "unable" to "bring people together, but we will get there," he said.