To discuss normalization and the Renaissance Dam .. Al-Burhan, the Sudanese Minister of Foreign Affairs and the Sudanese intelligence chief, hosted by Sisi 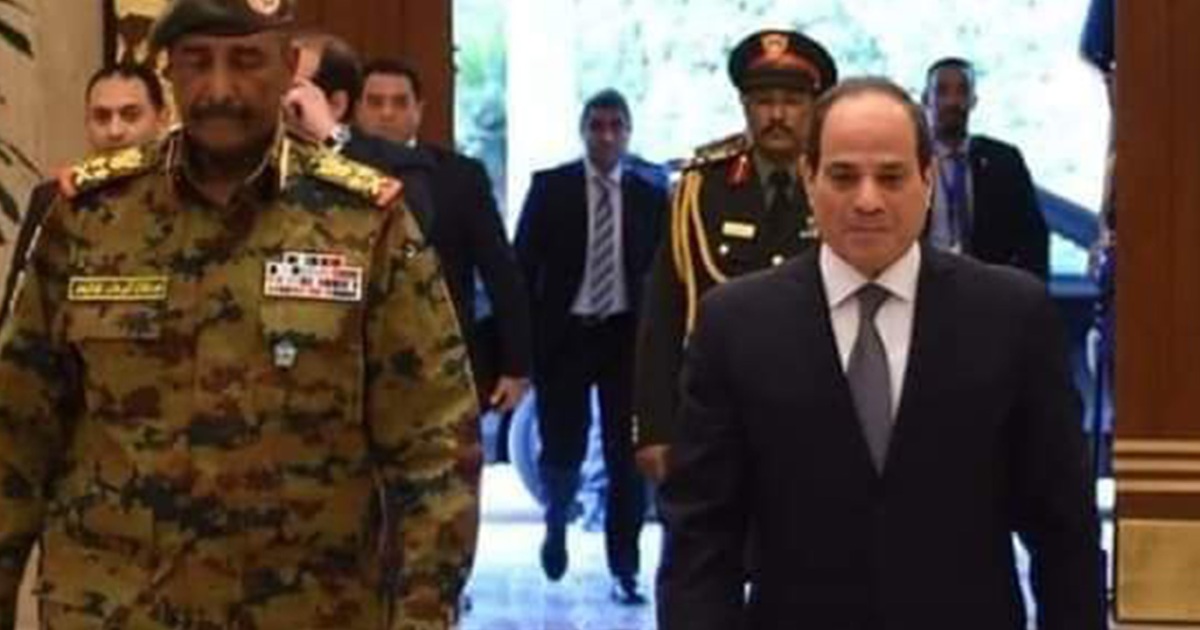 The official Sudan News Agency stated that the one-day official visit comes at the official invitation of Sisi.

The meeting was attended by the head of Egyptian intelligence, Abbas Kamel, the head of Sudanese General Intelligence, Jamal Abdel Majid, and the Sudanese Minister of Foreign Affairs, Omar Qamar al-Din.

A statement by the Egyptian presidency after the talks confirmed that a number of issues were discussed, including developments in the Renaissance Dam file in light of the current position of the tripartite negotiations between Egypt, Sudan and Ethiopia under the auspices of the African Union.

The statement indicated that the two sides adhere to reaching a binding legal agreement that includes clear rules for the process of mobilizing and operating the dam, in a way that achieves the common interests of all parties.

The statement also stressed that the two sides agree on the utmost importance of the water issue for the Sudanese and Egyptian peoples, as it is a matter of national security.

On the other hand, the statement added that Sisi affirmed Egypt's support for the will and options of the Sudanese leadership in shaping the future of its country, welcoming the efforts that would help Sudan face its economic crisis in addition to achieving regional stability and peace.

The director of the Al-Jazeera office in Khartoum, Al-Muslim Al-Kabbashi, said that the file of Sudan's normalization with Israel tops the concerns of this stage, indicating that some Egyptian officials are concerned about the absence of their country from this deal despite a brief previous statement by the Egyptian presidency welcoming Sudanese normalization.

Abdel Fattah Fayed, Egyptian affairs editor for Al-Jazeera Channel, said that the two parties also discussed the file of the Juba Peace Agreement signed between Khartoum and armed factions, where Al-Burhan briefed Sisi on the latest developments in it.

He added that interconnection projects between the two countries were discussed, such as electric power projects and road transport.

Fayed quoted informed sources as saying that the talks witnessed an unprecedented convergence of views on the Renaissance Dam.

Fayed stated that the file of Sudan's normalization with Israel was also discussed, as Egypt had previously expressed its respect for Sudan's options.

Al-Burhan's visit to Cairo coincides with the resumption of negotiations on the Renaissance Dam through a virtual meeting (via the Internet), between the irrigation ministers of Egypt, Sudan and Ethiopia, at the invitation of the State of South Africa and the sponsorship of the African Union.

Yesterday, the official Sudanese Agency quoted Sudanese Minister of Irrigation and Water Resources, Yasser Abbas, that his country will participate in Tuesday's meeting to discuss proposing negotiation methods and approaches different to those followed in the last round, which led to a dead end.

On Saturday, Ethiopian Prime Minister Abiy Ahmed said, in a statement, that "there is no force" that could prevent his country from achieving its planned goals regarding the Renaissance Dam.

News/Politics 2020-10-27T17:47:10.012Z
To discuss normalization and the Renaissance Dam .. Al-Burhan, the Sudanese Minister of Foreign Affairs and the Sudanese intelligence chief, hosted by Sisi

News/Politics 2020-08-25T15:34:41.110Z
Are Halayeb and Shalateen a cover for the normalization of Sudan with Israel? Communication sites ask Sisi 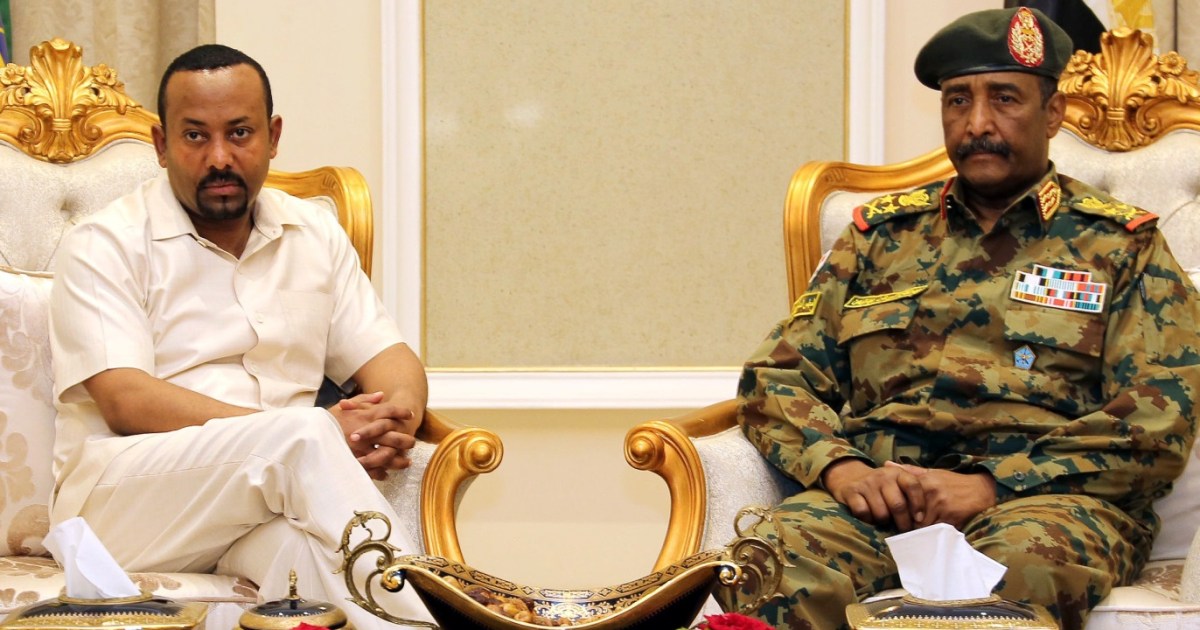 News/Politics 2020-11-01T11:57:02.097Z
Renaissance Dam .. Sudan announces the resumption of negotiations and the proof begins its first official visit to Ethiopia 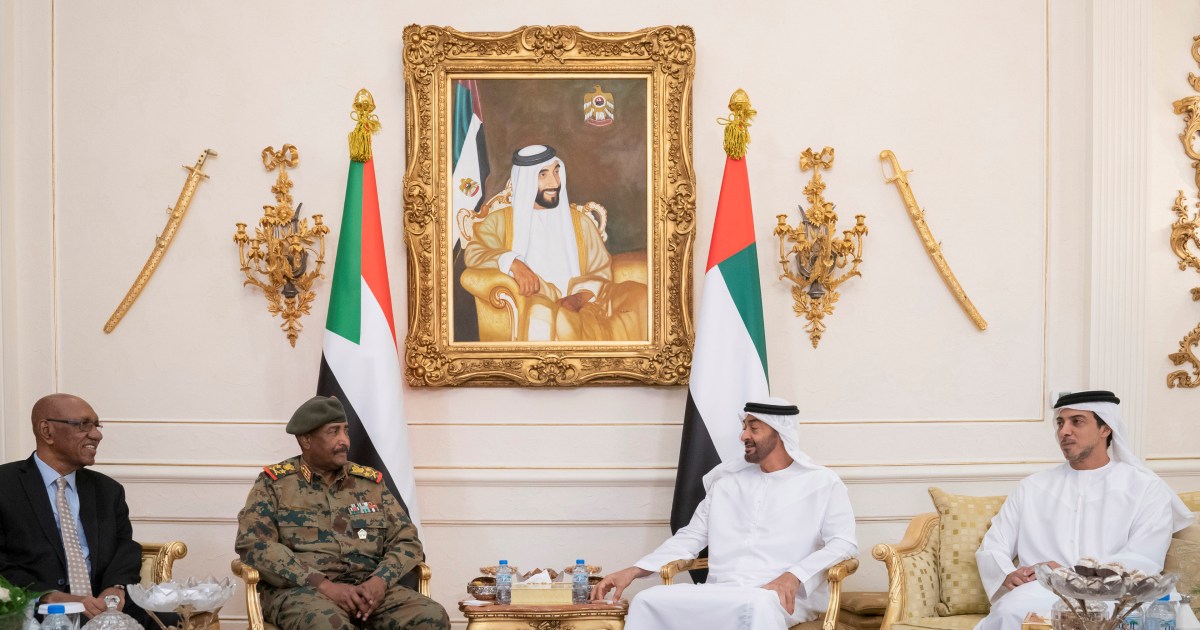 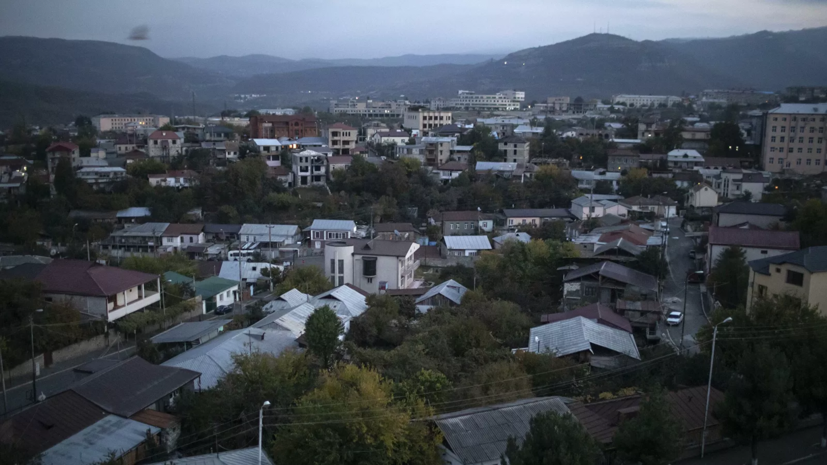 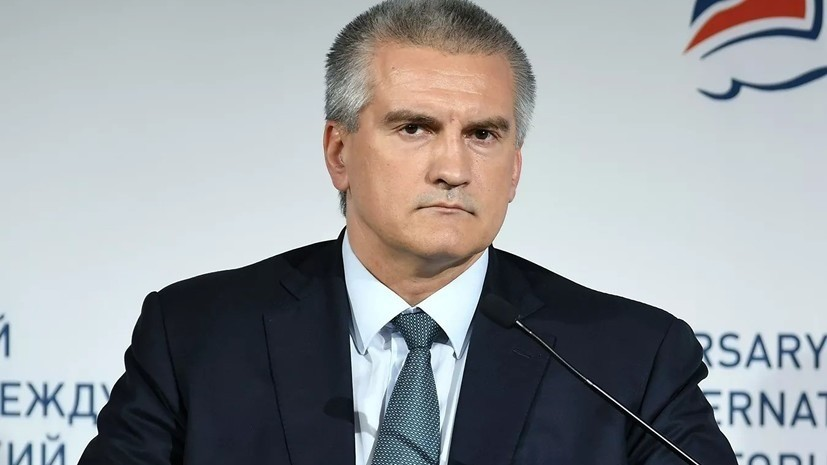