Four vehicles in a collision in Karlstad

Four people have been taken to hospital after a multi-car crash at an exit to E18 in Karlstad on Tuesday evening. A truck was wedged under a bridge and three cars collided with the truck. The accident caused a stop on the E18 in the direction of Kristinehamn. 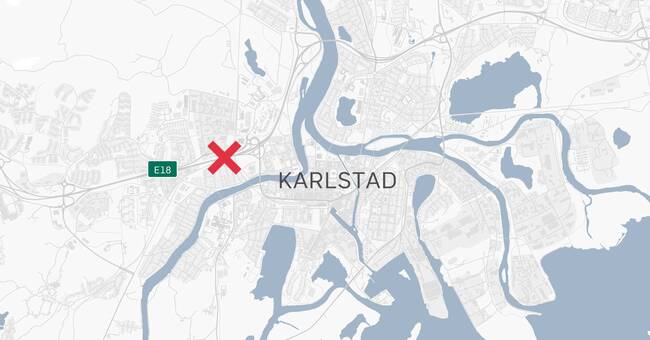 The accident occurred just before half past seven on Tuesday evening at the height of Klaramotet in Karlstad.

The truck was wedged under a bridge and three subsequent cars collided with the truck and each other, according to SOS Alarm.

Eleven people were affected by the accident and four were taken to hospital.

There is still no information on how serious the injuries are, the team leader at SOS Alarm states.

The accident caused a stop both on the E18 to the east and the railway past the accident site. Traffic had to be redirected during the rescue and salvage work, but at 9 pm it was fully passable again according to the Swedish Transport Administration.