Turkish criticism, Western welcome and an Egyptian statement ... the most prominent reactions to the ceasefire agreement in Libya

International reactions followed the announcement by the two parties to the conflict in Libya of an agreement on a ceasefire that will enter into force on Friday, and while America and other countries welcomed the agreement, the Turkish president considered that he had weak credibility. 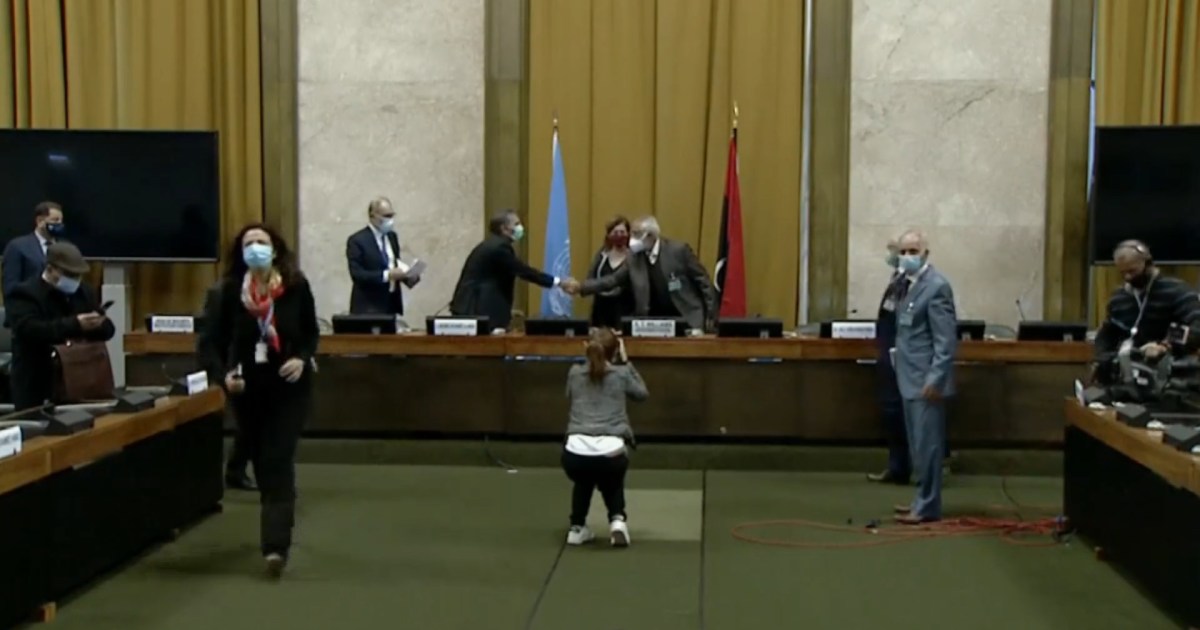 The international reactions followed the declaration of the two parties to the conflict in Libya an agreement on a ceasefire that will enter into force today, Friday, and while America and other countries welcomed the agreement, the Turkish president considered him to be weak.

"I think what the Libyans have achieved in Geneva represents a significant and important milestone for the people," said the United Nations Acting Envoy to Libya Stephanie Williams.

The two delegations of the Libyan Joint Military Committee signed today, Friday, in Geneva an agreement on a permanent ceasefire in all regions of Libya under the auspices of the United Nations, which will come into force immediately.

The two signed delegations represent the forces of the internationally recognized Government of National Accord and the forces of retired Major General Khalifa Haftar.

The head of the Presidency Council of the Government of National Accord, Fayez al-Sarraj, said that the signing of the ceasefire agreement coincided with the anniversary of the liberation of Libya from the former regime on October 23, 2011.

In a statement, Al-Sarraj praised the role of the UN mission in Libya in reaching this agreement to achieve peace based on justice and guarantees that remove the specter of war and unrest.

Al-Sarraj stressed that accountability was not neglected, stressing that he did not tolerate those who committed crimes against the Libyans and those who left mines and mass graves upon their withdrawal, in reference to the Al-Wefaq government's commitment to holding Haftar accountable.

The following are the most prominent reactions to the announcement:

On Friday, the Secretary-General of the United Nations, António Guterres, considered the ceasefire agreement reached by the parties to the Libyan conflict in Geneva, "an essential step towards peace and stability" in the country.

"I congratulate the parties for giving priority to the interest of their nation over their differences," he said at a press conference at the headquarters of the international organization in New York.

"Many have suffered" from the conflict "for a very long time," he added, expressing his regret over the deaths of civilians due to the clashes.

The US administration said it welcomes the permanent ceasefire agreement throughout Libya, which was signed during the Joint Military Commission talks in Geneva.

It considered that this agreement is a big step forward towards achieving the common interests of all Libyans, reducing the escalation, stability and the departure of foreign fighters.

"We congratulate the two parties on the successful outcome of their negotiations, and we also congratulate the Acting Special Representative of the Secretary-General, Stephanie Williams, for her pivotal role in facilitating the talks. We now urge internal and external actors to support the implementation of the agreement in good faith," a State Department statement said.

In Egypt, the spokesperson for the Ministry of Foreign Affairs, Ahmed Hafez, welcomed the permanent ceasefire agreement in Libya.

He said in a statement that Egypt appreciates the agreement of the Libyan military today to maintain calm on the front lines and avoid escalation, and called on the countries involved in the Libyan issue to contribute to the current effort and ensure that there is no escalation.

Hafez expressed Egypt's aspiration to continue efforts related to the political track, and to support the efforts of the UN envoy to Libya to achieve the main goal, which is to ensure the stability of Libya and preserve its sovereignty, integrity and territorial integrity, with the need for foreign forces to leave the country.

As for Germany, which is working as a mediator in search of a political settlement to the conflict in Libya, it described the permanent ceasefire agreement signed Friday between the warring parties in this country as "the first decisive success" in that direction.

German Foreign Minister Heiko Maas said in a statement that the ongoing negotiations "lead to the first decisive success," saying that it is "a good basis for finding a future political solution."

For its part, the European Commission welcomed the announcement of the ceasefire in Libya on Friday, and called for its implementation and the resumption of peace talks.

"The permanent ceasefire agreement is essential for the resumption of political dialogue," EU foreign policy spokesman Peter Stano told reporters, stressing that "it is also very important that this agreement be implemented."

However, Turkish President Recep Tayyip Erdogan said that the ceasefire agreement in Libya is not credible, and "the days will show the extent of its steadfastness."

This came in response to journalists' questions after performing Friday prayers in a mosque in Istanbul.

Erdogan expressed his belief that signing an agreement for a permanent ceasefire in Libya is not credible.

He said that the agreement was reached at the level of delegates, "one of whom represents the coup Haftar", and the other is a military commander from Misrata representing the Government of National Accord headed by Fayez al-Sarraj.

He pointed out that the ceasefire agreement in Libya is not an agreement at the highest level, and the days will show the extent of its steadfastness.

And he added, "I hope that this decision will be adhered to the ceasefire."

For their part, observers considered that the agreement may defuse the military conflict of the crisis, provided any local parties that might obstruct it are excluded.

They believed that the resilience of the coalition depends on the agreement of the countries concerned with the Libyan crisis, chiefly Russia, on the need to implement all its provisions, the most important of which is the withdrawal of foreign forces and mercenaries from Libya.

Political analyst Jibril Al-Zou said, "The permanent ceasefire agreement signed today in Geneva is dependent on two matters. The first is the removal of Haftar's character from the scene permanently, and the second is that there is international consensus and support for this agreement."